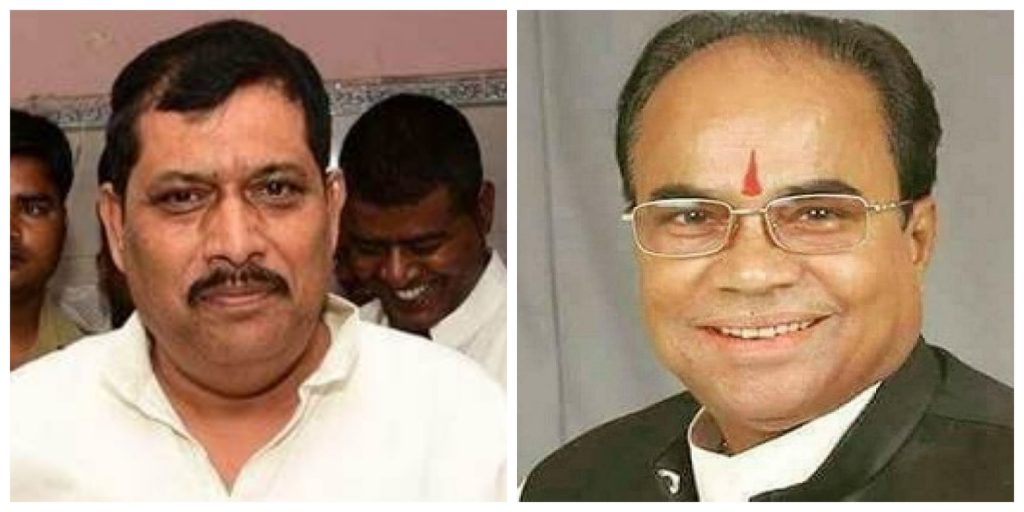 BHOPAL: During the last week strange things have happened in Madhya Pradesh. Among these are the allegations by a senior BJP legislator Narayan Tripathi against his own party. Narayan Tripathi, ruling party MLA from Maihar constituency has publicly claimed that government officials are campaigning for the party. He has alleged that officials – from Patwaris to top brass – have been campaigning for BJP candidates.

By doing so Narayan Tripathi, who joined the BJP ahead of the 2014Lok Sabha elections, has now stood against his own party. “I have said several times in the past that there should be no elections”. Tripathi said. “Like in the state assembly where bills are passed through voice vote, similarly there should be a system that after a voice vote the winner’s certificate should be given to a particular party” he said.

The BJP MLA was in his assembly constituency to vote for the second phase of civic body polls. “I have been touring this polling area. It seems that the Election Commission is not here” Tripathi Alleged. “Which ever official, state government employees, from the rank of Patwaris to the top brass – all have been seen campaigning for a particular party. The officials are working to garner votes for the BJP” he said.

He clarified that he isn’t against the BJP. “I am a BJP MLA. But when I see these kind  of occurrences, I feel anguished and disturbed. What is happening here must stop, this is wrong. In this country today, a government can be brought down in two minutes and another government is made in two minutes. This is happening also in the Panchayat raj and urban civic poll elections” he said.

He alleged that candidates from all parties will keep contesting the elections but “some candidates will be made to win”. This should not occur. If this happens in Maihar, it won’t be for anyone’s good” he told reporters.

In January this year the state BJP removed Tripathi’s supporters from the party’s Satna unit. In July 2019 Tripathi and fellow BJP MLA Sharad Kol had voted in favor of the then Kamal Nath Congress government in the assembly leaving the saffron camp stunned.

Party-hopper Tripathi first contested Maihar assembly seat in 2003 on Samajwadi Party ticket and won. He again contested the seat in 2008 as Samajwadi candidate but lost. In 2009 he joined the Congress and won the seat in 2013. But in 2014, ahead of the Lok Sabha elections, he quit the Congress and joined BJP. Tripathi also said that when a poor candidate contests the elections and spends all his money to distribute dhotis, a case is registered against him. But this rule does not apply for the rich and influential candidates.

Reacting to Tripathi’s allegation, PCC media cell chief KK Mishra said “BJP MLA Narayan Tripathi has exposed BJP and proved that Congress’ allegations are true. His feelings have revealed that BJP’s priority is purchasing mandate by misusing money, police And Administration. What we had been alleging long has now been revealed by the BJP MLA”.

Two other incidents also involving politicians and government officials happened in the state. In one case a woman officer holding assignment of SDM rebuked a former BJP legislator when he tried to misbehave with her. This incident took place in Ujjain district. The BJP leader was unnecessarily interfering in her work and was using undignified language. She repeatedly warned him to keep quiet. When he threatened her that he will get her transferred, she retaliated by saying that do whatever you can. The video of the incident went viral and reached the capital.

In another case a senior officer was transferred after he questioned the conduct of politicians, particularly belonging to ruling party. The official said that politicians violate the basic principles of democracy. This incident took place in Shivpuri district. The state government did not like the comment of ADM Umesh Shukla and ordered his transfer. Shukla questioned the utility of holding elections when politicians were turning the election mandate. He also said that democracy is the biggest threat and stalls progress. He made these comments in the presence of some people who wants their name to be included in voter list.

Opposition presidential candidate Yashwant Sinha was in Bhopal to meet his voters (legislators). During his stay in Bhopal he expressed serious concern over the deterioration in economic condition of the country. He particularly referred to the falling value of the rupee against the U. S. dollar. “Yes we have seen the rupee value fall ia little and then stabilise. We must recall Mr. Narendra Modi’s comments on the rupee and dollar during the tenure of Dr. Manmohan Singh. Why is PM Modi silent today” Sinha asked.

“When Narendra Modi became Prime minister in 2014, it was Rs. 58.44 to a dollar. Today it is Rs. 79.86 to a dollar. Why? Someone from the government has to explain what is happening to the economy.” The former FM said.

Attacking the Shivraj Singh Chouhan government Sinha said “In Madhya Pradesh, year after year the government’s loan burden is increasing. In March 2020 there was a loan burden of Rs. 1.8 lakh crore. According to the government estimates, by March 2023 it will be Rs. 3.25 lakh crore. Is this financial management? And the Centre is silent on this”. Sinha along with former chief minister Kamal Nath alleged that the BJP is trying to buy Congress votes for presidential poll. (IPA Service)

Follow us on
Up Next: Foreign Powers In Full Play As Sri Lanka Moves To Choose New President
Posting....