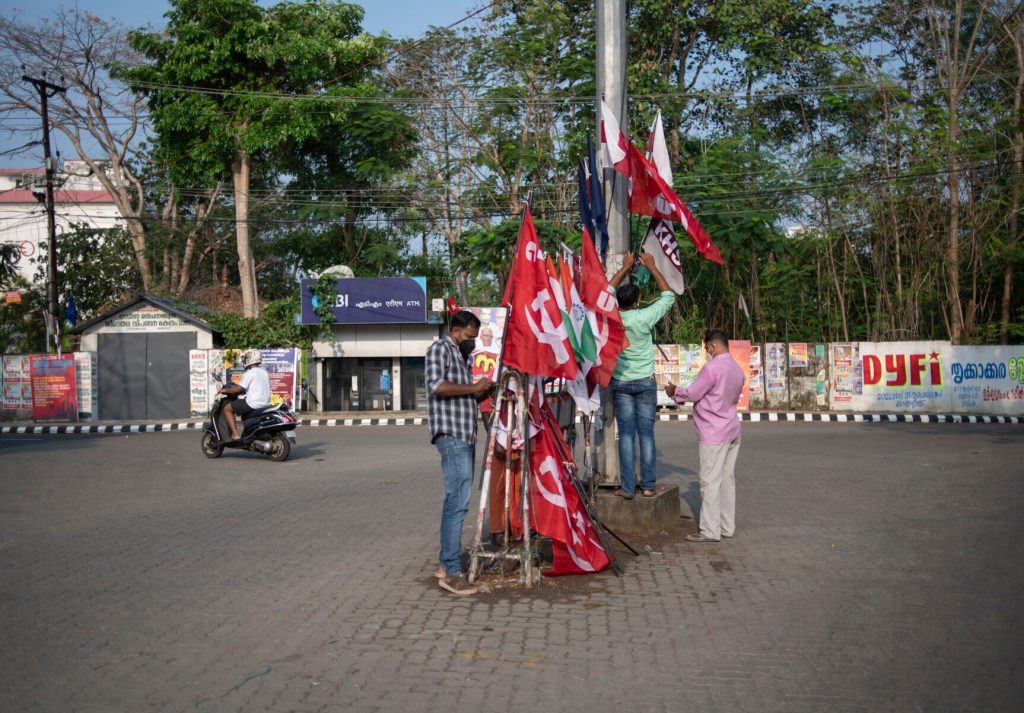 THIRUVANANTHAPURAM: The two-day nationwide general strike  observed on March 28 and 29 by trade unions in protest against the Union Government’s ‘anti-people’ policies was, expectedly, a success in Kerala.

The High Court also directed the Government to issue orders to all department heads to make sure that Rule 86 of the Kerala Government Servants Conduct Rules, 1960 which barred government employees from going on strike, was not violated by the employees.  The court also ruled that, in case of violations, appropriate action should be taken against the erring employees.  Orders for the operate vehicles to enable the government staff attend duty. The court also contended that trade union activities relating to the statutory provisions under the Trade Unions Act, 1926, could not be allowed to impede governance.

As a result, the Kerala Government was constrained, in the wake of the court order, to declare no-work-no-pay policy for its staff joining the strike.   The High Court had also cancelled a government order granting eligible leave and salary to striking employees.

The Court order evoked a strong response from various trade unions and Left Democratic Front (LDF) leaders. The right to strike was a right of the employees and the court cannot stop them from exercising that strike, said CPI(M), other left front Left Democratic Front (LDF) leaders and trade union leaders. If necessary, the employees could move the Supreme Court challenging the HC order. That is the firm view of TU and LDF leaders. CPI(M) Kannur district secretary M V Jayarajan said  strike was a fundamental right of the employees. Why is the judiciary silent on  the increase in prices of petroleum products, he asked.

In another development, CPI(M) state secretary Kodiyeri Balakrishnan deplored the High Court order. The order, Kodiyeri said, will have a far-reaching impact on trade union activities and individual rights, adding that it amounted to a throw-back to the days of the Emergency period. The strikes and struggles, Kodiyeri recalled, had led to significant systemic changes in the country.  Denial of the right to protest is a challenge to democracy, he opined. Such court verdicts would affect not only the national general strike but also the right to strike if there was a problem with pay hike and benefits.

The Opposition alleged that the strike, which was opposed by the BJP-affiliated BMS, threw the state into a hartal-like situation. Vehicles by and large kept off the roads and shops and establishments remained closed.  The strike impacted normal life as the state-owned Kerala State Road Transport Corporation (KSRTC) ran only emergency services to airports, medical colleges, hospitals and railway stations.

Significantly, the Congress leaders refrained from criticizing the strike. The sole voice of dissent came from the BJP. The strike was a government-sponsored infringement on the rights of the people, contended union Minister V. Muraleedharan.

The unmistakable message emanating from the two-day strike is: that unless the Union Government stops implementing anti-people policies, actions such as the two-day strike would, in all probability, recur at regular intervals. If anything, coming days could witness even stronger actions to protest against the Government’s policies making the common man’s life miserable. The Union Government has been forewarned. It must realize the people’s mood and initiate appropriate action to alleviate the misery of the poor and down-trodden. (IPA Service)

Lisa Calan, The Rebel Film Maker Of Turkey Is A Symbol Of Grit And Courage
Posting....