Lisa Calan, The Rebel Film Maker Of Turkey Is A Symbol Of Grit And Courage 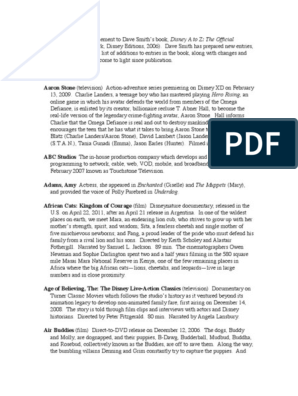 When Lisa Calan—clad in a traditional white Kurdish grown and stylish turban— walked onto the inaugural stage of the International Film Festival of Kerala in Thiruvanthapuram to receive first-ever ‘Spirit of Cinema’ award, there was a standing ovation. Not many among the audience had seen her films but everyone could feel the fiery  spirit that stood onstage clutching a walking stick in one hand and red rose in the other. As she stood there, all smiles, waiting for the applause to get over, nobody could guess that she was limbless waist down. She stood tall on her prosthetic legs.

“I have travelled a long way to be here. My story is also long….. All I wanted was to make good films. But I lost both my legs in 2015 in an ISIS bomb attack. It took me years to stand up again. But now I am full of energy”, she said after receiving the award from Kerala chief minister Pinayari Vijayanan. “As someone representing a society that is passing for survival, my films are my acts of resistance.” She dedicated the award to the victims of the 2015 massacre in Turkish town of Suruc.

Calan, 34, exudes confidence, grit and spark that ISIS bombs could not destroy. Even while recalling those dark days in her life, she is all positive.  “My legs were shattered. But I was not ready to give up to give up”, she said.

The bomb explosion happened in 2015, at a massive rally of HDP, the Kurdish party—two days before local elections in Turkey. It was continuation of the outgoing ISIS attacks on HDP offices and on Kurdish sympathizers, according to Turkish President Recep Tayyip Erodgan.

“We Kurds have been at receiving end for quite some time. We are not allowed to learn our own language”, said Calan, who stopped her studies to protest the government’s move to replace Kurdish in educational institutions.

Her friends launched a global crowd-funding initiative to pay for her nine surgeries in Turkey and Germany. Still, she was unable to stand up. It was an Iraqi doctor, who inserted titanium implants in Calan’s legs in Australia. Calan now stands tall on those prosthetic legs.

As soon as she was able to stand, Calan returned to the world of cinema. The languages of Mountains, her first film after the terror attack, has  been screened at various film festivals around the world. Set against the background  of a school, the film depicts the lives and struggle of Kurds, and the atrocities perpetrated against them by the Turkish government. She is also an actor, script writer, editor and director. “I am in love with the medium of cinema. I enjoy every aspect of it”, she said.

When asked about how patriarchy tried to stop her from following her passion, she said, “As in many patriarchal societies, I was advised to take up a ‘woman-friendly job, like teaching or medicine. Nobody supported me when I decided to be a film maker”. Calan is overwhelmed by the reception she has received in another corner of the world. “I am touched by the love and affection that I received. I am amazed at the large number of people who came to watch films. People here love cinema so much…..” she said.

“The terrorist attack happened when she  was leading a vibrant cinematic life. Had it been any other woman in her place, she would have been still bed-ridden. But Lisa came back with a bang and has become an inspiration to all”, said Haritha Savitri, Calan’s novelist friend who was instrumental in bringing her to the IFFK. (IPA Service)