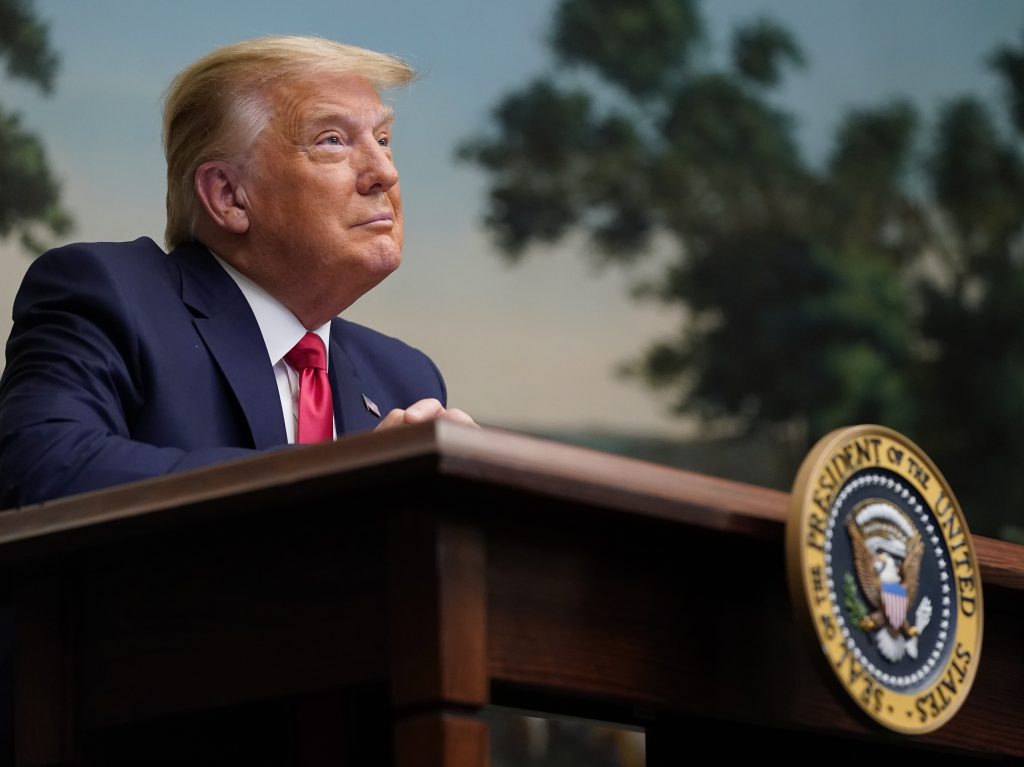 When you announce a presidential run, you typically want to establish yourself as the front-runner by having some momentum behind you and demonstrating broad support from within your party. You certainly don’t want to do it off a stunning electoral failure you’re being widely blamed for, with members of your own party attacking you, and people in your inner circle advising you to delay the announcement.

Trump defiantly announced his 2024 presidential campaign on November 15 a week after a disappointing GOP midterm election performance led his own advisers to urge him to delay the announcement. Having planned to take credit for what he thought would be a Republican landslide that never happened, Trump was in a bind: delay the event, looking weak and tacitly admitting the election didn’t go his way, or barrel ahead with it anyway, pissing off the Republican establishment while insisting everything was going great. For anyone who’s watched Trump the past six years, there was never any doubt what he’d do.

The speech was a relatively subdued one by Trump standards, heavy on the teleprompter and mostly free of references to made-up election fraud that have become synonymous with the former president over the past two years (though he did at one point allude to China playing “a very active role in the 2020 election”). It seemed a concerted attempt to present a more sober, serious, presidential Trump, after a spate of election-denying candidates in his mold fell short in their races last week, and the GOP’s entire underperformance was blamed on his years’ worth of efforts to cast doubt on and overturn the 2020 election result. Even so, Trump touted the win record of his endorsees (“In the primaries, it was 98.6 percent, but they were still trying to blame me”) and took credit for the GOP’s wave of victories in Florida, where his leading rival for the GOP nomination had just won reelection by 20 points.

It was also a far more listless speech, especially compared to the pretty fiery 2015 announcement that started it all. Where that event saw Trump come down a golden escalator to Neil Young’s “Rockin’ in the Free World” and immediately start attacking the various ways other countries, China above all, were taking advantage of a perennially losing United States, this Tuesday saw Trump shuffle up from within the crowd to the patriotic tones of Proud to Be an American, to complain about how the Golden Age he had built over his four years as president had been squandered.

In Trump’s telling, he had spent his presidency as the guarantor of prosperity and economic security for all, stressing that every demographic group had done better under him, only to see his political opponents destroy the economy and the stable order he’d created. Having originally campaigned on restoring an America in decline, it was a neat way to marry the themes that had worked for Trump seven years ago while leap-frogging the awkward fact that he had just recently been president.

So once more, American greatness had to be restored, this time not because of decades of bad trade deals, corruption, and an out-of-touch elite that didn’t care about American workers but because of Joe Biden and the “radical left lunatics running our country right into the ground.” Over his four years, Trump said, he had built a strong economy, ensured US energy independence, ended the practice of one-sided trade deals, created a peaceful world, and kept American adversaries in check. But in the less than two years he’s been out of office, it had all unravelled, and now Trump was leading a diverse, working-class movement to save the United States from a corrupt establishment and “radical left Democrats” out to destroy the country. It was time to make America great again, again.

Trump hit on familiar themes to that end, including a border that had been “erased,” a United States being “invaded by millions upon millions,” a deluge of “thousands of pounds of deadly drugs,” and lamenting the “bloodsoaked streets of our once-great cities” (“How sad”). He continued attacking the Green New Deal for “destroying our country” in a variety of ways, despite the fact that it’s never actually been enacted.

But he also hit on some surprising themes. While touting how he had kept US adversaries under heel, Trump also boasted about his diplomatic efforts and that North Korea stopped launching long-range missiles after he and Kim Jong Un held a summit and developed a relationship. “That’s a good thing, not a bad thing,” he added. “It’s a good thing. A very good thing actually.” He likewise had some incongruously kind words for Mexican president Andrés Manuel López Obrador (AMLO): “A great gentleman, a socialist, but that is okay. You can’t have everything.”

Trump blamed Biden for “leading us to the brink of nuclear war,” mixing his criticism of the administration’s Ukraine policy with climate denial, contrasting what he cast as a blasé attitude toward nuclear war to panic over climate change, which he falsely said would only come into effect in three hundred years. He also pointed to the fact that he is the first president in decades not to start a new war — which is strictly true, but ignores the fact that he only pulled back at the last minute from starting a pointless one with Iran because Tucker Carlson told him not to. At the same time, he attacked Biden over the Afghanistan withdrawal.

The statements may be a preview of what will be Trump’s campaign strategy, should he win the nomination. So might be a line in the middle of the speech absolving himself of blame for the midterm result. Pointing to criticism of Republicans for faring badly in the midterms, he said that “much of this blame is correct” but also warned that voters “have not yet realized the full extent and gravity of the pain our nation is going through.” “They don’t quite feel it yet, but they will soon,” he said ominously. Trump’s hopes for a deteriorating economy giving him an election boost may well come true, if economists are correct that the Federal Reserve is pushing the country into a recession.

But to capitalize on such a scenario, Trump has to win the Republican primary first. And that may be a taller order at this point than anyone anticipated before last week’s elections.

The loyalty Trump’s commanded from Republican officials, even ones he openly humiliated and mistreated, stemmed from his perceived electoral strength and the hold he’s had over the Republican base. Both have shown signs of slipping for some time, but they’ve been severely dented by this midterm result, and the knives are already out.

A variety of right-wing commentators, even those like Candace Owens who crawled out of the primordial MAGA ooze, have criticized Trump in the wake of the result. The unflinchingly loyal Mike Pence, left high and dry by Trump during the storming of the Capitol last January, is saying the country will have “better choices in the future” than Trump. A number of peeved Republican senators are either withholding their endorsements or outright backing Florida governor Ron DeSantis, who was recently urged to run for president by eighty-six GOP officials in Utah. Longtime advisors and other allies are saying Trump shouldn’t run or are considering jumping ship. Even Chris Christie, a hall of famer among the sizable ranks of Trump’s most pathetic toadies, has suddenly found the guts to publicly attack Trump.

There are other reasons he should be worried. A number of polls carried out by the Club for Growth show DeSantis ahead of Trump in Florida, Georgia, Iowa, and New Hampshire, while a YouGov poll has DeSantis ahead nationally. A Texas GOP–commissioned poll has DeSantis leading Trump by ten points in the key state. The Wall Street Journal is warning its readers that Trump is “most likely to produce a GOP loss and total power for the progressive left.” Trump hasn’t helped himself by lashing out at potential rivals Glenn Youngkin (“Sounds Chinese, doesn’t it?”) and DeSantis in bizarre and self-defeating ways. DeSantis recently struck back, telling reporters to “go check out the scoreboard from last Tuesday night.”

There’s also the spider’s web of investigations and possible prosecutions swirling around Trump, whether over alleged election fraud in Georgia, his mishandling of classified documents, or tax fraud in Manhattan. In the elite-favored US judicial system, Trump is still more likely to escape prosecution than not, but all of this could further hurt his claim to electability come 2024.

Then again, Trump lashing out at anyone and everyone, carrying a load of scandals while the GOP establishment piles on, refusing to admit defeat or back down — we’ve seen this story before. Anyone with a working memory can recall the umpteen times Trump’s 2016 campaign was declared over, that pundits declared this at long last would be the thing he can’t come back from, the long list of commentators and politicians who proudly declared their opposition to Trump, only to fall in line anyway. Trump may be down right now, but it’s never been a good bet to count him out.

One thing’s for sure: however it goes, the Republican contest is going to be entertaining for a while. After that, it’ll be time to worry. (IPA Service)