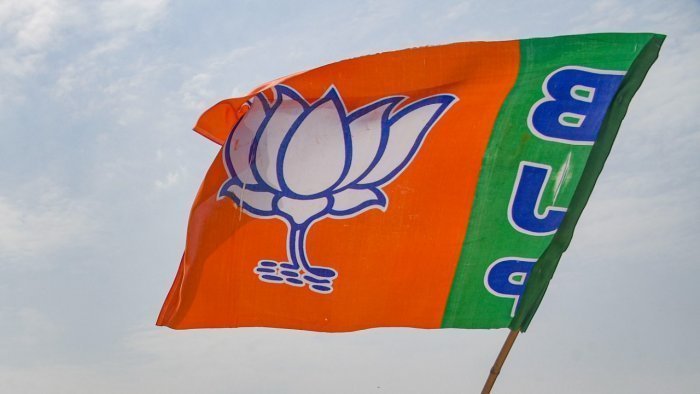 In Tripura, the ruling BJP continues to be hit by factionalism and organisational problems, despite efforts made by senior Delhi-based leaders to improve discipline. As things stand, with parties gearing up for the 2023 Assembly polls ,senior BJP leader Mahesh Singh, who played a major role in crafting the party’s electoral victory in Uttar Pradesh is hopeful that the ruling party would win a second term with a comfortable majority.

Mr Singh’s assertion comes in the wake of contrarian state-based media reports suggesting that the ruling BJP is a divided house. BJP activists/supporters have for some time been split into rival camps following Chief Minister Manik Saha and ex CM Biplab Deb. It is common knowledge that Mr Deb had not relinquished his grip on the party organisation, despite having to step down as the top leader. The BJP’s national leadership took the step following major complaints of deterioration in the law and order situation and increasing corruption among other things. The choice of Mr Saha as his successor was made primarily because of his being the most non -controversial face within party.

But now  acrimony between different factions have reached a point where some state BJP leaders believed to be Deb loyalists, wrote to the central leadership some days ago, complaining against certain aspects of the present Chief Minister’s functioning. Apart from Mr Singh, Mr Sambit Patra, BJP spokesman, has also been busy meeting district leaders in recent days. The leadership is in the advanced stage of finally evaluating the respective merits of probable candidates for the coming Assembly polls in early 2023.

In 2018, the BJP had won 36 out of 60 seats in the Assembly, while 8 seats went to its ally, the Tribal Indigenous Peoples’ Front of Tripura. The outcome spelt the end of a 25-year long tenure enjoyed by the CPI(M), signifying the political consolidation of the BJP in the northeast region.

As with the Trinamool Congress (TMC) in West Bengal, the BJP as the ruling party stands accused of encouraging corruption and enjoying links with the drug smuggling syndicate. Law and order has worsened to a point where all opposition parties complain of not being allowed to function freely, with the police being run in a partisan manner. Incidents of violence and rapes, including attacks against children, have increased, according to opposition leaders. Senior BJP leaders are reportedly ‘examining’ a demand for the cultivation of ganja in the state.

On the other hand, Chief Minister Manik Saha is known to be strongly against criminal rackets operating in the state, especially during election times. He has ordered the police to take stricter action against anti socials.

The TMC in Tripura which failed miserably to make a dent in the state during the one-sided civic elections held some time back, is protesting against the increase in criminal activities, encouraged by the government. The TMC has become more active especially after former Congress leader Ms Sushmita Dev of Assam started looking after TMC organization in Tripura.

From TMC headquarters in Kolkata, former Bengal Minister , the Howrah-based leader , Rajib Banerjee has also been camping in Tripura for some months He has been tasked with ensuring grassroot level growth in the NE state, which could go a long way to give the TMC a firm footing in a new area. He has been holding organisational meetings as well as attending party rallies.

However, there are reports that within the state unit, mixed feelings exist about the prominence given to Mr. Banerjee as well as to Ms Dev, on the grounds of their being imported ‘outsiders’ not really familiar with Tripura’s politics.

To some extent the top TMC leadership can also be held accountable for such insularism within the Tripura unit. TMC leaders from supremo Mamata Banerjee downwards had attacked non-state leaders from the BJP and other parties as they visited and campaigned in the 2021 West Bengal assembly polls, for being ‘outsiders.’

In the TMC’s pre-election campaign, its leaders promise to implements free of cost public welfare schemes like Swastha Sathi, Kanyasree, free rations and medical treatment for the people of Tripura — along the lines of such programmes running in West Bengal under the TMC regime !  .

The tenor of its anti BJP rants pits the TMC closer to the currently out of power CPI(M). Former Chief Minister Manik Sarkar remains the main left campaigner. In his rallies and other programme, he attacks the BJP for its total disregard of constitutional norms and alleges that there is no rule of law in the state under the saffron party. Among opposition parties, the CPIM) has been more active than others. Left activists and supporters have been associated with the agitations conducted by various disaffected groups like students, nurses, jobless youths, victims of anti social violence, etc.

BJP leaders reject the charges of misrule, mismanagement, and corruption against them by the opposition. Senior leaders have been visiting rural interior areas and checking on the local popularity/reputation of individual leaders, as the scramble for winning a candidate’s ticket to the Assembly warms up. National leaders including Prime Minister M Narendra Modi the BJP’s biggest and most popular face, and Amit Shah, Union Home Minister, are scheduled to visit the state during the campaign.

On the credit side, BJP leaders refer to the remarkable progress made in Tripura during their tenure. Tripura had never received major financial investments of this magnitude, they insist. The state’s progress in game-changing connectivity projects involving rail, road , river and air linkages, its remarkably strong IT facilities and digital outreach , its growing closer economic ties with Bangladesh — have led to a sea change in the state’s economy.

Hundreds of crores of rupees have been invested. People can expect only further improvements of such positive trends in the future. International flights would be available from Tripura soon. There are more railway connections than before including the facility to reach Kolkata form Agartala in 26 hours, a major revolution in road/rail connectivity with the Indian mainland. Further, among all NE states, Tripura has been connected more effectively with the rapidly developing economy of neighbouring Bangladesh, under NDA rule.

However, BJP’s present relations with the IPFT and the new tribal organisation Tipraland may require careful handling. Of late opinion has hardened among the indigenous tribal youth about the formation of a tribal state to be carved out of Tripura. Leaders of the IPFT had also protested against the central CAA and the proposed NRC provisions , seeking to empower non Muslim Indians settled abroad to acquire Indian citizenship in case they faced problems . While such reservation still persists, it is also a fact that of late such protests have died down.

It remains to be seen if the most recent announcements made by central BJP leaders about introducing CAA provisions in the states lead to fresh complications between the BJP and the tribals in the days ahead.

As for the Congress, some of its leaders,, feel that the BJP as well as its opponents would find it hard to achieve a simple majority and would be compelled to seek outside support to form the next government. This was the political line Congressmen had preached before, during the civic elections.

Of late the Congress party has organised protest rallies and marches against the ruling party on local issues. How the party functions under the veteran Mr, Mallikarjun Kharge as the new all India President remains to be seen. The Congress is more active than before but the political trends in Tripura suggest that if the opposition parties fight the assembly elections separately in 2023, the BJP may get the advantage of split in anti-BJP votes and come back to power for the second time. (IPA Service)