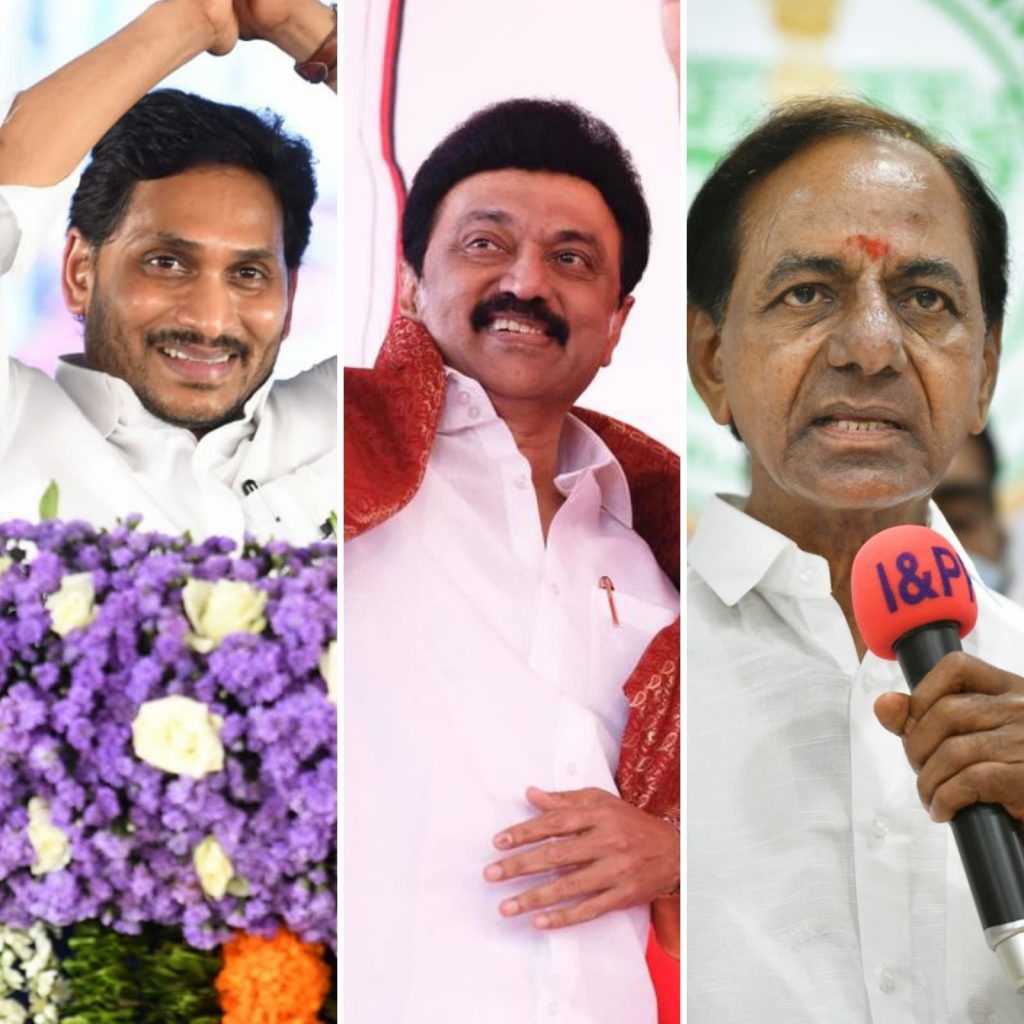 This time, Telangana Chief Minister K Chandrashekar Rao chose to travel to “national capital” Delhi. The last time it was to Mumbai, India’s commercial capital. Then, he sat with Maharashtra Chief Minister Uddhav Thackeray to plot the ouster of Prime Minister Narendra Modi come 2024. This time he doesn’t need another pair of shoulders. For all his slim frame, KCR is no lightweight in political circles.

In Telangana his clout ran supreme till a year ago.  Then, because nothing is evergreen, KCR descended into complacency and the state BJP managed to steal some space from under his feet. Much to KCR’s disgust, the Congress was losing significance in the opposition space and the abhorrent BJP was filling up the vacancy faster than amoeba could multiply.

A couple of by-election losses and reports multiplied that KCR and his party TRS were heading for the exit door. KCR’s mega-money extravaganzas couldn’t be tolerated or stomached anymore. So went the spin. Modi’s highly objectionable habit of targeting “dynasties” was the last straw on the camel’s back.

KCR and TRS are now gunning for the Prime Minister. “Behave or you will pay” is KCR’s ultimatum to Modi. And the “threat” was not made from the cool shadow of the Charminar in Hyderabad. KCR is in the lion’s den—Delhi, not very far from the ramparts of the Red Fort.

First glance, and it will look to the amateur like the fight is over insignificant paddy—parboiled rice, and raw rice. But scratch, and both BJP and TRS will break out in boils. For all his lanky frame, KCR packs a lot of energy and is not somebody who throws in the towel at the first sign of a downpour. Behind his Delhi smile, KCR is steaming mad.

KCR’s warning to Modi is not couched in verbosity. In fact, it is straight to the point. The Centre is refusing to buy paddy from Telangana and KCR is adamant the Modi Government modify its paddy procurement policy or there is the ever reliable Mahender Singh Tikait to rouse farmers into action.

The Telangana Chief Minister gave Modi 24 hours to mend his behaviour and follow up with action as TRS patience had an expiry date, and then it will be too late, “we will take our displeasure to all over India.”

KCR gave Modi 24 hours to buckle under pressure, and nearly 48 hours have already passed.  KCR was sitting on a dharna at the Telangana Bhavan in Delhi, warning Modi to not “play with farmers of the country.” Apart from KCR and Tikait, the stage was occupied by Kalvakuntla Taraka Rama Rao, who is KCR’s son, other state ministers, MPs and TRS MLAs, all of them adamant that protests would be scaled up if Modi doesn’t purchase Telangana paddy.

“I welcome all the farmers and our leaders who have come all the way from the state 2,000 kms away from Delhi. I want to warn PM Modi that you cannot play with Farmers in the country,” KCR said from the stage set for the protests. “You are not permanent in power. The way you are behaving is not acceptable to us.”

It couldn’t be any more direct than that. In a ‘new’ to Delhi, TRS posters dot Delhi. Politics runs in the ‘Rao’ family and KCR’s daughter K Kavitha is a familiar face in New Delhi. The “father-son-and-daughter” are the reason why Modi’s dynasty jibes hit KCR where it hurts most.

The TRS posters and hoardings demand a “one paddy procurement policy” throughout India. But the BJP-led central government blatantly discriminates against Telangana, allege the protestors. The state government wants the Centre to procure paddy/parboiled rice, but the Centre insists it will buy only raw rice.

And while the Centre holds the TRS government to ransom by refusing to procure paddy, the state BJP unit is agitating to force the state government to buy paddy from the Telangana farmers. No wonder KCR is throwing tantrums at Modi and Union Food Minister Piyush Goyal, who says KCR is “enacting a drama” to divert public attention from high electricity prices.

But KCR is not mincing words. His warning that Modi would have another “all-India farmers’ agitation” to deal with was not an empty boast. KCR is extremely friendly with CMs MK Stalin, Pinarayi Vijayan, and Uddhav Thackeray.  Mamata Banerjee is also a friend. Add to them Chhattisgarh, Rajasthan, Delhi and Punjab chief ministers and the story is all-India.

KCR says if Modi does not do the wise thing and buy parboiled rice, things could turn unpleasant as farmers have the “power to topple governments”. As things stand, neither the TRS nor the BJP is ready to bend and even with the rhetoric, there is no way KCR can bring down the Modi Government for a bowl of rice. If no one else, ‘kisan leader’ Tikait knows this cold fact.  (IPA Service)