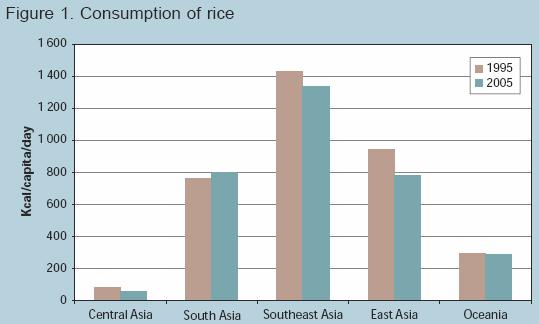 Surging food costs in South Asia, a region populated by more than one-third of the global poor and where one-fifth of calories come from wheat products, pose significant challenges to poverty alleviation and food security. The World Bank’s projection of downside risks to the economic outlook of the region presents even more alarming situation which includes adverse geopolitical developments, the possibility of even-higher inflation, tighter financing conditions, the re-emergence of stress in the financial sector, and the resurgence of the COVID-19 pandemic, all in an environment of high debt levels and worsening current account positions of the countries.

While projecting the economy of the region to slow from 7.6 percent in 2021 to 6.8 percent in 2022—0.8 percentage points below previous projections, the World Bank has noted that South Asia has endured significant adverse spillovers from the Russian invasion of Ukraine. However, risks remains with worsened external environment, soaring energy and agricultural prices, slowing global growth, and rising financing costs. Afghanistan is already facing a humanitarian crisis, and Sri Lanka is facing dual balance of payments and sovereign debt crises.

The war has dampened the economic recovery in South Asia and amplified pre-existing vulnerabilities. Though it had a small direct impact on the region as trade and financial exposure to the warring countries is limited, the indirect impact has been significant, mainly through much higher commodity prices, tighter financial conditions, and weaker external demand, the June 2022, Global Economic Prospects of the World Bank has pointed out.

The flagship report has also warned of the rising commodity prices worsening the term of trade and increasing trade deficits. Financial conditions have tightened. Global risk aversion among countries has increased leading to capital outflows, depreciating currencies, falling equity prices, and rising bond yields. Foreign exchange reserves have been under pressure and are dwindling in some economies causing import restriction especially in Nepal, Pakistan, and Sri Lanka. External demand growth is also slowing. In Sri Lanka, with international reserves down to one-fourth of their pre-pandemic level, the government abandoned its exchange rate peg in early March, leading to a close to 80 percent depreciation against the U.S. dollar. Policy rates have been raised by 7 percentage points in response. In India, rising inflationary pressures led to an unscheduled policy rate hike in May. In Pakistan, the central bank has raised rates by 4 percentage points since April.

Policies to cushion the impact of high inflation are in place in some countries with only limited relief. In Pakistan, for example, the government announced an energy price reduction package in February. However, gasoline and diesel pump prices were recently increased. In India, the government has extended a food scheme to support poor households, reduced taxes on fuels, and reduced import duties on several products. In Bangladesh, the government reduced the value added tax on the import of edible oils.

In India, growth slowed in the first half of 2022. The recovery is now facing headwinds from rising inflation. Thought unemployment rate has declined to levels seen prior to the pandemic, the labour force participation rate remains below pre-pandemic levels and workers have shifted to lower-paying and less-secure jobs.

The rising food and energy prices have stunted purchasing power, and increased uncertainty. Conditions are particularly dire in Sri Lanka, where the government announced a cessation of external debt repayments and the country faces dual balance of payments and sovereign debt crises. Economic and social conditions in Afghanistan also remain dire, its economy has collapsed, employment and imports including food and energy are estimated to have halved, and government spending has likely fallen by three-fourths since August 2021. Recent surveys show that three-fourths of households report insufficient incomes to meet basic needs.

Consumer price inflation in South Asia has been rising rapidly and now exceeds central banks’ targets. In Pakistan and Sri Lanka, annual headline consumer inflation reached double digits by late last year and has accelerated further. In Sri Lanka it reached close to over 30 percent. In India, both headline and core consumer inflation have breached the upper end of the central bank’s headline inflation target range of 2-6 percent. Higher inflation, especially for food prices, are a significant concern given the region’s large share of the global poor, who spend a substantial proportion of their income on food. Inflation is likely to increase further the report says.

The geopolitical developments have magnified downside risks for the region. The report warns that the risks also include private sector retrenchment resulting from tightening domestic financing conditions, widening current account deficits, eroding real incomes because of further increases in food and energy prices, and new flare-ups of COVID-19. The region is facing an environment of tightening global financing conditions with significantly elevated debt levels, a combination that increases the likelihood of financial stress. Yields on local currency debt have increased by 290 basis points, on average, since the beginning of 2022. Conditions in Sri Lanka are deteriorating rapidly, with 10-year government bond yields recently at over 20 percent, among the highest in Emerging Market and Developing Economies (EMDEs).

South Asian banks are particularly exposed to sovereigns, with government debt having risen to one-third of bank’s assets, on average, from one-fourth before the pandemic. This raises spillover risks from the government sector to the financial sector. Compounding these financial sector risks, the region is also vulnerable because of hidden public debt, including contingent liabilities, given the outsized roles of state-owned enterprises and off balance-sheet operations. State owned banks, for example, account for the largest share of total bank assets among EMDE regions.

With geopolitical developments affecting the supply of wheat, edible oils, and input costs of fertilizer and energy, agricultural prices (in domestic currency terms) have risen by more than one-fourth since the beginning of 2022. Additional increases in commodity prices may put further upward pressure on food inflation, which is already high, eroding real incomes and reducing consumption. The region is particularly vulnerable to the impact of higher food prices because food accounts for 43 percent of the consumption basket on average, compared to 33 percent across EMDEs.

Rising energy prices, given the region’s high dependence on energy imports and elevated energy subsidies in some economies, could further undermine growth and threaten a widening of fiscal imbalances. With already high energy costs and the uncertain outlook, the region could face additional pressure on inflation despite the dampening effect of subsidies, and also due to larger current account deficits. This pressure could undermine growth, increase poverty, and divert budgetary resources away from productivity-enhancing investment and social protection. (IPA Service)