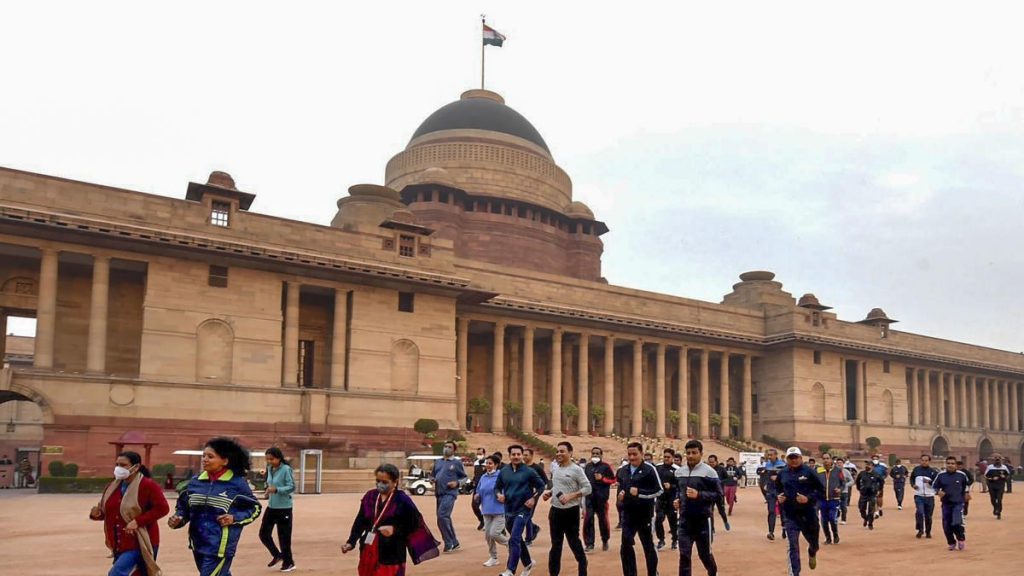 How the President of India is elected? The Election Commission has notified the election of India’s next President 0n July 18. A look at the voting procedure, how the votes of MLAs and MPs are weighted, and how, previous elections have played out?

The President is elected by an electoral college consisting of MPs of both the houses of Parliament and MLAs of the states and Delhi and Puducherry. Nominated members of Rajya Sabha, Lok Sabha and assemblies and members of state legislative council are not part of the electoral college.

The votes are weighted, their values determined by the population of each state as per census 1971. The value of each MLA’s vote varies from a higher of 208 in Uttar Pradesh to a low of 7 in Sikkim. This means UP’s 403 MLAs contribute 208×403=83,834 votes to electoral polls while Sikkim’s 32 MLAs contribute 32×7=224 votes. The weight votes from all the assemblies add up from all assemblies add up to 5.43 lakhs.

The process demands that 776 MPs (543 in Lok Sabha 233 in .Rajya Sabha) should contribute the same total of votes as the MLAS. Thus, the value of each MP’S Votes is 5.43 lakhs divided 776 rounded off to 700. The combined electoral   value  from the assemblies and Parliament adds up 10.86 lakhs.

How is the ruling NDA and the opposition parties placed. The BJP-led NDA is far ahead of the Congress and its allies, but still short of the half way mark at the moment. Adding up the votes of the MLAs and MPs on either side, but not contesting 57 vacant  Rajya Sabha seats (16 of which  went  to polls on Friday while the other 41 have had MPs elected unopposed , the NDA has 48% of votes (BJP 42% and allies 6%) while the Congress (13.5%) and its allies(10.5%) have 24%. These allies include DMK, Shiv Sena, NCP, JMM and smaller parties like Muslim league, RSP and MDMK. Apart BJD has 2.8 per centand the left parties 2.5 per cent.

The BJP is banking on the YSRCP and BJD support since that would take the NDA candidate beyond the half way mark. Odisha chief minister Naveen Patnaik met Prime Minister Narendra Modi and Andhra chief minister Y S Jaganmohan Reddy called on PM last week.

On the opposition side, it remains to be seen which way TSR, Samajwadi Party and AAP vote. The TSR, which was once considered fence sitter and even backed the government on some key bills, has been attacking BJP of late. The APP is at logger heads with both the Congress and BJP.

The first election in 1952 was won without a contest. In 1957 Rajendra Prasad was fielded for the second time. His rivals were Nagendra Narayan Das and Chaudhary Hari Das. Prasad swept the poll and was the only President to get second time. There were contests in subsequent Presidential elections. (IPA Service)