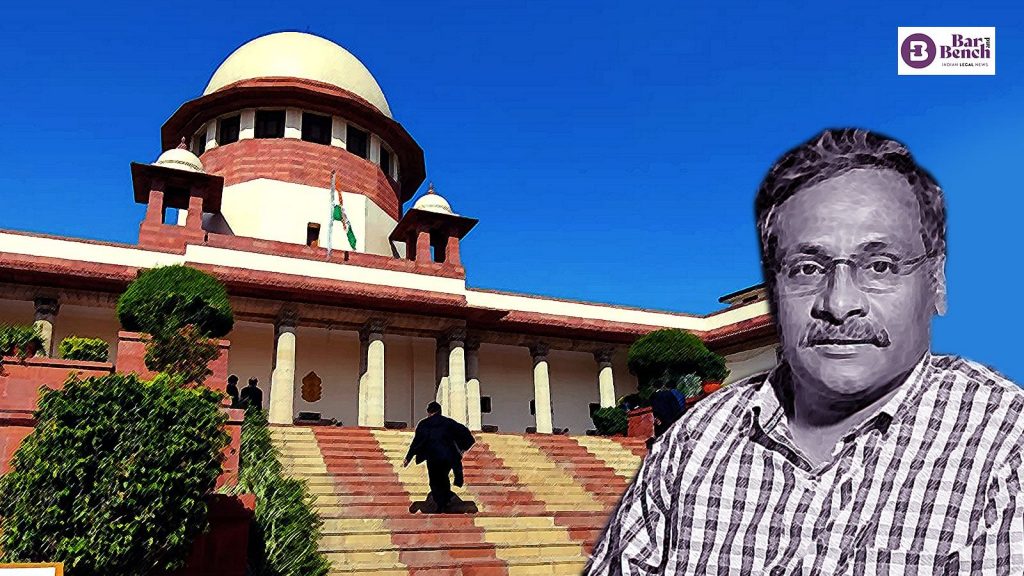 The wheelchair-bound former Delhi University professor, GN Saibaba, accused of being a Maoist “mastermind”, remains incarcerated in Nagpur Central Jail despite the Nagpur bench of the Bombay High Court acquitting him, and five others, including one who is no more, ordering that they be released on October 15 itself. But the euphoria was stillborn. The Supreme Court in a surgical operation of no mean haste, undid the Bombay High Court’s gesture and made sure Saibaba and fellow inmates didn’t walk free.

In the quickest haste in judicial history, the apex court acted like the building was on fire, and conducted a hearing in an all-fired hurry. And that, too, on a weekend holiday! It was also the quickest that euphoria evaporated and despondency returned.

Learned counsels now argue that having served over 7 years of a life-term, Saibaba and his fellow-released were entitled for the acquittal and should have been given a farewell. The Bombay High Court’s “well-written and exhaustive order” was overturned for no valid reason by the Supreme Court.

The undue hurry stinks of injustice. And is yet another instance of perpetuating “injustice” aimed at GN Saibaba. The Supreme Court, in its ruling, had said that Saibaba “being the mastermind” was “dangerous”, echoing the Solicitor-General who happened to be the government counsel in a “tearing hurry”.

The Bombay High Court had acted on two findings. One, the trial court took cognizance without sanction granted by the sanctioning authority, which is mandatory in UAPA, under section 45(1): “No Court shall take cognisance of any offence…without the previous sanction of the Central Government.”

The second finding that the High Court took note of was about section 45 (2) of the UAPA which demands a thorough review of the prosecution evidence by someone with no links to the prosecution. Sanction for prosecution is given only after this condition is met. The operative part is “make an independent review of the evidence after an exhaustive inquiry”.

In the case of GN Saibaba, the High Court found the “exhaustive inquiry” was a “six-line report”, which the High Court found was “laconic”, and arriving at a conclusion without basic logic. The High Court rejected the “laconic communication” and said this was tantamount to “absence of report”, mere “lip service”, and an example of “ritualistic formality.”

The Supreme Court’s main reason to override the High Court’s order was that the High Court did not peruse the merits of the case on which the trial court based its ruling on, including the sentencing and quantum of punishment. The fact of the matter is the High Court found there was a fatal flaw in the prosecution, which ruled out any further “waste of time” by way of a lengthy trial.

Therefore, the High Court ordered the immediate release of Saibaba and his fellow inmates. Otherwise, without valid sanction, the trial would have been “vitiated”. The topmost court overlooked this. It did not find it wrong.

It refused to deal with the conclusion that the report of the reviewing authority wasn’t a report at all. All that it said was that there were “important questions of law and facts to be considered”. It forgot that this was a criminal case, and not a civil case. On top of all these, the apex court also gave no notice to the fact that this was a case of acquittal, and the acquitted were scheduled to walk free the same day.

GN Saibaba’s return to judicial custody was on the ground that the Supreme Court found the High Court ruling wrong, and that “questions of law had to be considered.” As for the government counsel’s plea that the “offences” were “serious and grave”, the answer for that was in the “laconic report” of the lackadaisical Director of Prosecution, who did not record any “serious and grave” evidence, if there were any.