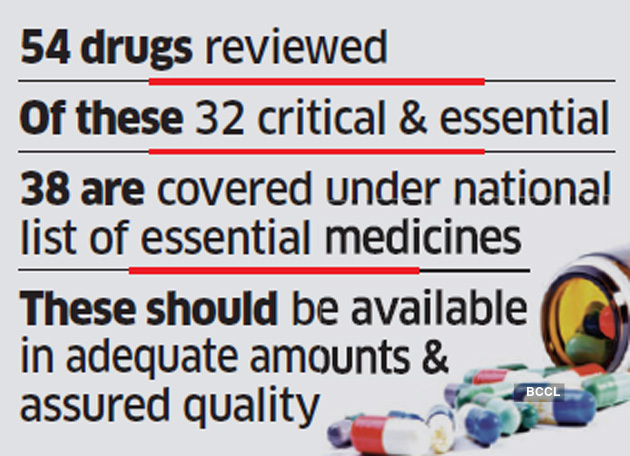 The COVID-19 Pandemic has brought to the fore necessity to bring about changes in the international agreements on drugs/vaccines keeping the public health priorities uppermost. Latest data points out that 66.2% of the world population has received at least one dose of a COVID-19 vaccine while this number in low income countries is only 17.7%.

In the African continent only 18% have received the full dose in comparison to 70% & 65% in Asia and Europe respectively. Inequality in certain countries is glaring and a cause of serious concern. In Afghanistan only 12%, Somalia 9% and Sudan 8.3% got full vaccination. During this period of crisis the world community and the relevant organizations including the UNO should have ensured equity in the supply of the vaccines to save human lives. It is not possible for small countries to produce their vaccine in sufficient supply. So they have to purchase from the manufacturers in developed world. This makes it imperative that international trade agreements on the drugs/vaccines should concentrate on the equity concerns.

The General Agreement on Trade and Tariff (GATT)  signed in 1948 existed till 1995 after which World Trade Organization (WTO) came into being.  It took steps to protect the rights of the innovator and coined Trade-Related Aspects of Intellectual Property Rights (TRIPS). Under the Intellectual Property Rights (IPR) it was agreed upon that the innovator/inventor has to be given some incentive for the work in monetary terms. Thus patent rights were reformed and protected by the legal frame work. Different countries were to formulate their own patent laws in accordance with the guidelines laid down by the WTO.

Before these changes the patent rights were based on the process patent, which meant that a product could not be produced by any other company through the same process for the period of 7 years but it could be done through other process. The new WTO patent regimen however changed this to Product patent for 20 years, meaning thereby that no other company can manufacture the same product for 20 years through any process. The process patent enabled the Pharmaceutical industries in India to grow enormously between 1970 and 2005 and produce cheap & low cost generic medicines not only for our country but for several low income nations as well.

The developing countries argued that pharmaceutical industry is connected with the public health which is the basic human right. These patent laws will limit their citizens’ access to drugs at affordable prices and that patent laws needed some flexibilities. To make use of this flexibility clause countries were given the right for compulsory licensing so as to produce some products under special provisions.  This enabled the countries which cannot manufacture medicines themselves to import the medicines made under a compulsory license given to the other countries so as to promote ‘access to affordable medicines for all’.

Compulsory licensing means that a third party is authorized to make, use or sell a patented invention without the patent owner’s consent; if the patented drugs are not priced reasonably and are out of reach of the population then the country can apply for a compulsory license.  An application for compulsory license can also be filed under a circumstances of national emergency, extreme emergency and a case of public non-commercial use.

During the Pandemic since the big companies refused to share the technical know-how even with WHO, it was difficult for many developing countries to produce the vaccines. They were thus dependent on import. The problem was more with smaller countries with limited resources. That is how we find today that many developing countries are still lagging far behind in the vaccination of their population. These countries had to accept several clauses which would favour only the vaccine manufacturer. Pointing out the dangers involved Dr Samir Malhotra from PGI Chandigarh said that the COVID-19 scare forced many governments to enter into contracts with the companies developing vaccines.

Many of these contracts had confidentiality clauses according to which the company was exempted “from any civil liability for serious side effects arising from the use of the vaccine, indefinitely”. “Purchaser hereby agrees to indemnify, defend and hold harmless [the company and] each of their affiliates from and against any and all suits, claims, actions, demands, losses, damages, liabilities, settlements, penalties, fines, costs and expenses caused by, arising out of, relating to, or resulting from the vaccine.” Not only that, and this is shocking, these countries were asked “put up sovereign assets as collateral to guarantee indemnity”. Such assets could include embassy buildings, cultural assets, etc.

The claim of the Pharma industry that they have to bear high cost in developing new drugs as a justification for such contracts is totally flawed because virtually 100% of initial research leading to new drugs occurs with the support of public funding. A vaccine that requires a few dollars to manufacture brings in profits worth billions of dollars to the company.

During the Pandemic India and South Africa proposed temporary waiver on the TRIPS proposals for the COVID vaccine so as to make it possible for many countries to produce vaccines, essential medicines, and testing kits. There is also need to provide concession on therapeutics, diagnostics and ingredients, and processes. Ironically in the concluding of the WTO meet in Geneva as per the reports India and South Africa failed to stick firmly to their proposals. This would help the big Pharma in developed countries and would be detrimental for the production of such drugs/vaccines even during the emergencies.

The situation at present demands a complete revamping of the clauses of compulsory licensing to make them easy without long debates specially when we have passed through serious health crisis worldwide due to Pandemic. For our country it is all the more important to rejuvenate and strengthen our own public sector pharmaceutical industry with a purpose to produce cheap drugs/vaccines for local and global supply. We have national emergencies for several diseases, both communicable as well as non-communicable.

The economic surveys point out that 90% population is earning less than Rs.10000/- per month. With very poor spending by the government on the public health it is becoming impossible for the people to purchase healthcare. Therefore India should press upon a permanent waiver for all the drugs/vaccines needed for emergencies. Whereas we were successful in producing Covaxin indigenously and also Covishield locally, their price issue always remained contentious. People had to pay large amount in the private sector while the companies reaped huge profits. In contrast the public sector companies which used to  produce vaccines at one time and did not have profit as a prime motive.

It is well known that public research laboratories played a significant role in developing Covaxin. That India refrained from sharing this technical knowhow with other developing countries does not go well with our past traditions for international collaboration on health. Even worse is that the government’s refusal to involve public sector concerns in producing vaccines.  (IPA Service)

Oil Diplomacy Has Assumed Critical Importance For Survival Of Economy