Oil Diplomacy Has Assumed Critical Importance For Survival Of Economy 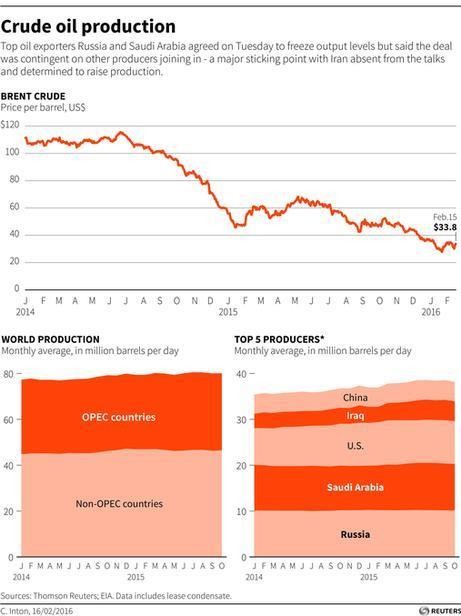 As the three big names of Europe rolled into Kyiv by train on June 16 of for a pow-wow with the Ukrainian president, Volodymir Zelensky, Russia had warned France, Germany and Italy of consequences. President Emmanuel Macron of France, Chancellor Olaf Scholz of Germany and Prime Minister Mario Draghi Italy had thought it important to show their unstinted support for the besieged Ukraine at a time when Russia was mounting its pressure in the east of the country. By that afternoon, Russia had squeezed gas supplies to the three and the inch was being felt by the people. Russia had given an explanation that she technical faults were being repaired. Nothing is forbidden in love and in situations of war.

Along with these three, some of the Scandinavian and northern European countries and neighbours of Russia are equally feeling the pinch as they vowed to join the NATO in the wake of the Ukraine war. Russia was also able to quickly stem the slide in the rouble’s exchange rate against the US dollar by demanding all payments for oil and gas in its own currency rather than in dollar. The rouble had gone way past 100 to a dollar after the western bloc had announced confiscation of its foreign exchange reserves above $300 billion and suspended Russian banks from the international inter-bank settlement mechanism.

While some of the European buyers initially whined, they had to come round in the face of disruptions in supplies of gas and oil. The rouble had subsequently clawed back to the levels before confiscations and freezing of Russian overseas assets. Many in Europe are fearing a grim winter this year, with scarce supplies of gas for their homes and industry as well as shortage of oil and consequent high prices. These deprivations might just as well swing the public mood and constrict policy options for the European liberal democracies.

Europe in general, and most acutely Germany, are currently realising their collective folly of over dependency on Russia for fuel requirements. Germany had eschewed nuclear power on various grounds of safety and opted abjectly for oil and gas supplies from Russia. It is now repenting in leisure. As the lifeblood of an economy, fuel is essential. It can as well be weaponised and Russia is currently demonstrating it. It is only because of its vast reserves of oil and gas, in the face of throttling sanctions against the country, Russia could still defy the entire western bloc.

India similarly faces uncertainties over continuing supplies of oil and gas whose consumption is rising with the country’s overall development. India’s vulnerability comes to the fore whenever the Middle East oil producing countries take exception to some of India’s internal developments or even policy moves.

The Organisation of Islamic Countries —OIC— came down heavily on India and called for boycott of all goods of Indian origin. OIC has asked for official apologies from government of India. Largest oil exporter, Saudi Arabia, has joined the criticisms of India for the statements of Indian leaders. Over that weekend, Indian ambassadors to Qatar, Kuwait, Iran have been summoned by the respective foreign ministries and asked to explain the statements.

Indian government however has taken a firm stand and pointed out these were statements by “fringe elements” and did not represent the views of the government of India. MEA described the responses of OIC and the Gulf countries as narrow minded. In this context, it is vital for India to diversify the sources from where we buy oil and gas, notwithstanding traditional good relations with the Middle East oil exporters.  These countries have continued to show strong responses to even domestic developments in India. The Middle East countries represent the largest share of Indian market running to some 70%.

In this context the availability of Russian cheaper oil is a best possible guarantee of continued supplies of these fuels.  Despite strong protests from the western countries, India is further stepping up its oil purchases from Russia. The rise in Russian oil off take could be gauged from the fact that while last year India purchased only some 34,000 barrels a day from Russia the current tag runs to 750,000 barrels a day, according to an oil industry data bank.

Indian purchases have gone up in an atmosphere of hostility to Russian oil purchases in the context of the Ukraine war. USA and its allies were seeking to jam all oil exports of Russia to choke off sources of funds for Russia to carry on its Ukraine war.

Russia depends heavily on oil exports for funding its economy, let alone the war in Ukraine. However, the Europeans nations themselves have yet to stop oil and gas imports from Russia. USA had imposed sanctions on oil purchases from Russia, and collateral transactions with that country. Indian purchases have however been perfectly legal and did not attract any of the sanctions. Indian purchases of defence materials and even weapons from Russia have also continued apace, even in the face of criticism of such trade.

India, on its part, stoutly defended its oil deals, these being at heavily discounted prices. The state owed refiners as well as some private Indian refiners have continue to purchase oils from Russia. There have been some re-exports as well. Indeed, denying fuel supplies could be a sort of weapon of mass destruction as the economy of a country denied of fuels could succumb and crash in not long time. It is important to be astute in handling fuel deals and oil diplomacy could become a critical factor for survival of an economy. (IPA Service)