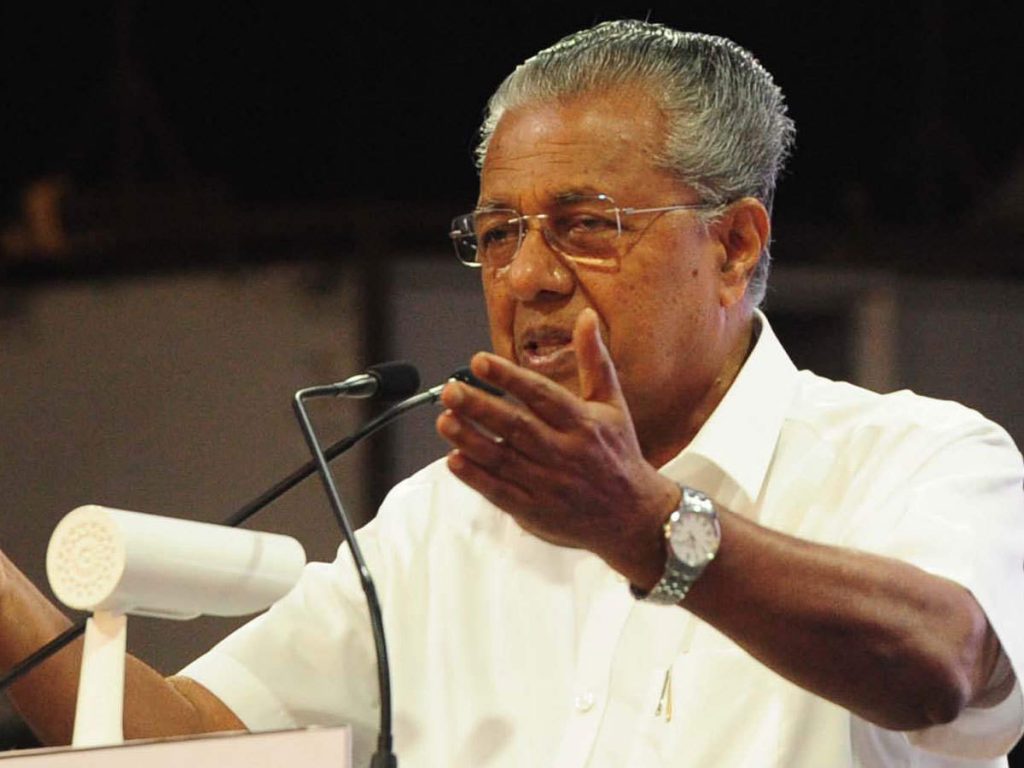 THIRUVANANTHAPURAM: A political showdown is brewing between the Left Democratic Front (LDF) Government and the Union Government over the latter’s attempt to weaken the former through partisan use of the Enforcement Directorate(ED).

CPI(M) state secretary Kodiyeri Balakrishnan fired the first salvo by declaring the CPI(M)’s intent to legally and politically counter the Centre’s move to target the State Government. Kodiyeri said the latest targets of the Union Government are former State finance minister Thomas Isaac and the Kerala Infrastructure Investment Fund Board (KIIFB). The stratagem is to bring to a standstill KIIFB-funded developmental projects in the State before the Lok Sabha elections. Kodiyeri, said the state had benefited in a big way from KIIFB, adding that the Union Government wants to deny the State’s outside “budget borrowings’ to drive its welfare-oriented infrastructure development schemes.

KIIFB had managed to raise Rs 70,000 crore from the open market for modernizing schools, roads, bridges and hospitals. The State has won international recognition for its social welfare schemes and ranks quite high in the quality of life index. This has not been to the liking of the Bharatiya Janata Party(BJP) at all, Kodiyeri pointed out. Hence the Union Government’s attempt to target the State through KIIFB, he added.

Kodiyeri also said that the Congress has only now become aware of the dangerous moves being made by the ED. It remained a mere spectator when the ED arrested former finance minister P. Chidambaram and remanded him in judicial custody for 100 days. It woke up from its deep slumber only when Congress president Sonia Gandhi and her son Rahul Gandhi were questioned in connection with the National Herald case, Kodiyeri pointed out.

The CPI(M) has all along taken a consistent stand on the ED issue. CPI(M) MP Elamaram Kareem had signed the memorandum prepared by the Congress in protest against the interrogation of Rahul Gandhi without any hesitation. But the Congress is guilty of double standards because it refused to condemn the ED’s actions against the CPI(M) leaders. It is time the Congress joined hands with the CPI(M) and other parties to unitedly oppose the ED’s unwarranted and illegal actions against the opposition parties and leaders. The ED, which is acting as the Union Government’s cat’s paw, has not dared to act against a single BJP leader over corruption and money laundering charges, the CPI(M) pointed out.

It may be mentioned that the Comptroller and Auditor General (CAG) had taken strong exception to the State’s off-budget borrowings. Such borrowings through the KIIFB and Kerala Social Security Pension Ltd. (KSSPL), the CAG said, would land the State in a debt trap, increasing the State’s overall debt by more than Rs 16,000 crore. CAG noted in its state finances audit report, which was tabled in the Kerala Assembly the other day, that the financial liabilities of the State have increased by 62.51 per cent – from Rs 1,89,769 crore in 2016-17 to Rs 3,08,386.01 crore . If the contingent liability of KIIFB and KSSPL amounting to Rs 16,469.05 crore are added to this, the actual debt of the State went up to Rs 3,24,855.06 crore in 2020-21, CAG said.

The CAG also noted that “these off-budget borrowings will have an impact of increasing the liabilities of the State Government, leading to a debt trap over a period of time. Creating such liabilities without disclosing them in the budget raises questions both of transparency and inter-generational equity,” CAG concluded.

The State Government has, however, rejected the CAG’s contention. State finance minister K N Balagopal said the CAG was merely repeating the observations on KIIFB borrowings that were earlier rejected by the Public Accounts Committee (PAC) and the Assembly. In a stout defence of the borrowings, the minister said the borrowings were on the basis of the Government’s guarantees and were therefore not direct liabilities of the State as contended by the CAG. They are only contingent liabilities because the KIIFB also funded remunerative projects and generated its own income. He further said that the borrowings of the KSSPL were only for the purpose of managing the liquidity of the State and to see that welfare pensions to more than 60 lakh beneficiaries were not delayed because of cash management problems.

Balagopal said that most of these borrowings are repaid during the course of the year. “The CAG report also loses sight of the fact that it is because of the State’s wide social security net through the KSSPL that the State has been able to keep poverty down to below 1 per cent, which is the lowest in the country(if we go by the reports of the NITI Aayog).” (IPA Service)

Monetary Policy Is Not Adequate To Tame India’s Present Inflation