Monetary Policy Is Not Adequate To Tame India’s Present Inflation 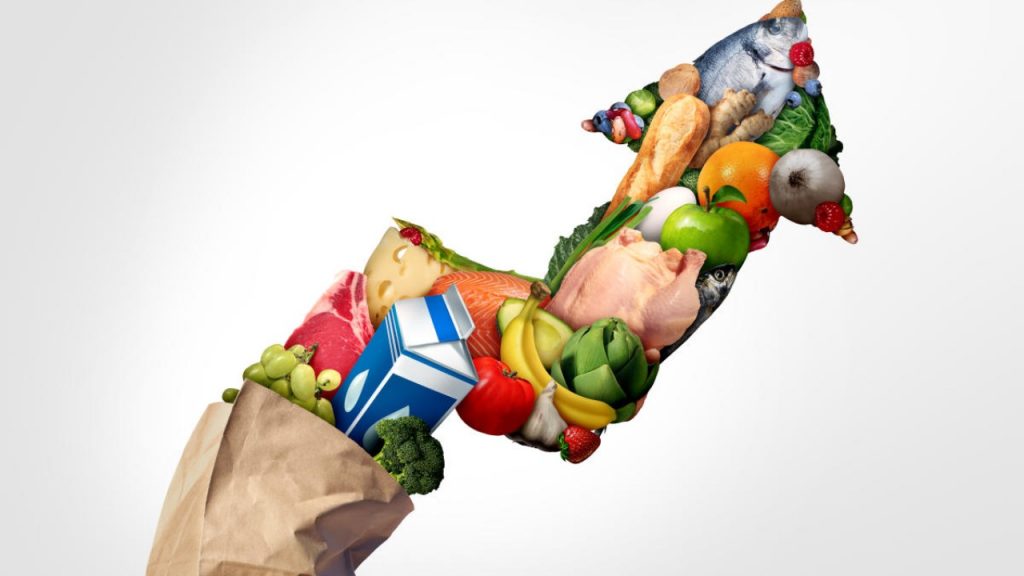 India’s Chief Economic Advisor V Anantha Nageswaran is of the view that India’s Inflation though beyond RBI’s band is not that big a source of worry as it is still much less than several advanced economies, some of whom have it in double digits. Inflation no doubt is a global phenomenon at the moment and India is no exception. The inflation is mostly due to excess money pumped into the system in a bid to manage difficult situation arising out of Covid Pandemic. As excess liquidity is being slowly sucked out of the system through monetary measures by various central banks, the inflation spike continues and the taming it appears to be slow.

Specifically, in India’s case the present inflation is a source of worry as it is driven by mainly food and fuel prices, which is not good as there is a sizeable section of the population still are poor and food inflation hits them very hard. The impact is more pronounced unlike in advanced economies. Agriculture expert Ashok Gulati, who is presently in ICRIER, is right when he says Monetary policy alone cannot be the panacea to control inflation, rather prudent tightening on the fiscal front is also required.

India is facing pressure from both wholesale and retail inflation consistently since 2021. Inflation base on wholesale price index (WPI) has been in double digit for almost a year and touched 15.8 per cent in June 22. Consumer price index (CPI) has been on a rise since October 2021 and was at 7.01 in June 22, breaching RBI’s upper tolerance level of 6 per cent. Some experts believe this is because of the failure of RBI to maintain price stability of the economy.  Since 2016, the Indian central bank has adopted the flexible inflation targeting framework with medium term inflation target with a band of plus or minus two per cent to maintain price stability.

In an article in ICRIER’s agri food trends and analysis bulletin, Gulati along with economists Shyama Jose and Manish Kumar Prasad are of the view that the worrying factor is that much of inflationary pressure in India particularly at the retail end is due to food, fuel and light sub-groups which together contribute more than half of the retail inflation in June 22. Vegetable, oil and fat, cereals contributed significantly to the food inflation.

They argue vegetables contribute highest share to food inflation in June 22 with tomatoes registering highest inflation 158.8 per cent. Vegetables accounted for nearly one third of the food basket. Low price realization in tomatoes last year forced farmers to shift acreage to other crops resulting in short supply of tomatoes this year. High fuel prices further accentuated the problem. In the case of wheat, low production this year resulted in surge in prices. As food is an important contributor to retail inflation, urgent attention is needed to tame it in a country like India as it has potential to even topple the government as was witnessed in Delhi in the late 1990s when surging onion prices made the electorate vote against the ruling party in the elections.

This issue cannot be taken lightly and surging inflationary pressure therefore needs urgent attention from policy makers as it affects household purchasing power, especially among poor consumers, who spend major portion of their income on food. So the question is what are the measures needed to stabilise food inflation.

First step is to ensure monetary tightening. But it is a known fact that RBI has recognized that it has been way behind the curve for long, and needs to raise short term rates quickly and significantly and bring it to pre-covid period by the end of this fiscal. Accordingly the short-term rates have been hiked in the last couple of monetary policy statements. But the effectiveness of the tightening money supply remains limited in curbing food inflation as it is largely driven by global inflationary pressures and supply side bottlenecks rather than excessive demand in the economy.

During the pandemic high food and fertilizer subsidy accounted for nearly 40 per cent of central government tax revenue. With various other corporate tax concessions, fiscal deficit shot up to 9.2 per cent of GDP in 20-21 compared to 6.7 per cent in 21-22.   The medium term fiscal deficit target is around 5 per cent of GDP. In 22-23, it has been targeted at 6.4 per cent but economists fear it is unlikely to be achieved in the face of global inflation and the difficult geo-political situation which will only make it worse for the global economy. Along with the monetary tightening, a tight leash on runaway fiscal deficit is needed with a clear road map for medium term fiscal consolidation.

Third major step needed to stabilise food inflation is to have a liberalized trade policy in contrast to knee-jerk reactions like the government ban on wheat exports and restricted exports of sugar, which will only worsen India’s farm economy. India also needs to rationalize its import regime through reduction in tariffs and duties across board on farm items.

Fourthly the contribution of crude oil to cost-push inflation in agriculture can be stabilised by increasing investments in ethanol production from sugarcane on a sustainable basis.

The suggestions made by ICRIER are no brainer. These are well known steps to curb food inflation. The question is how much political will the central and state governments have to carry them forward. But one thing is very clear, there are no short cuts to deal with the inflation particularly food and fuel and longer the government delays to take hard steps, the longer will be the misery. One thing however is certain, the road ahead for the economy is not smooth. (IPA Service)