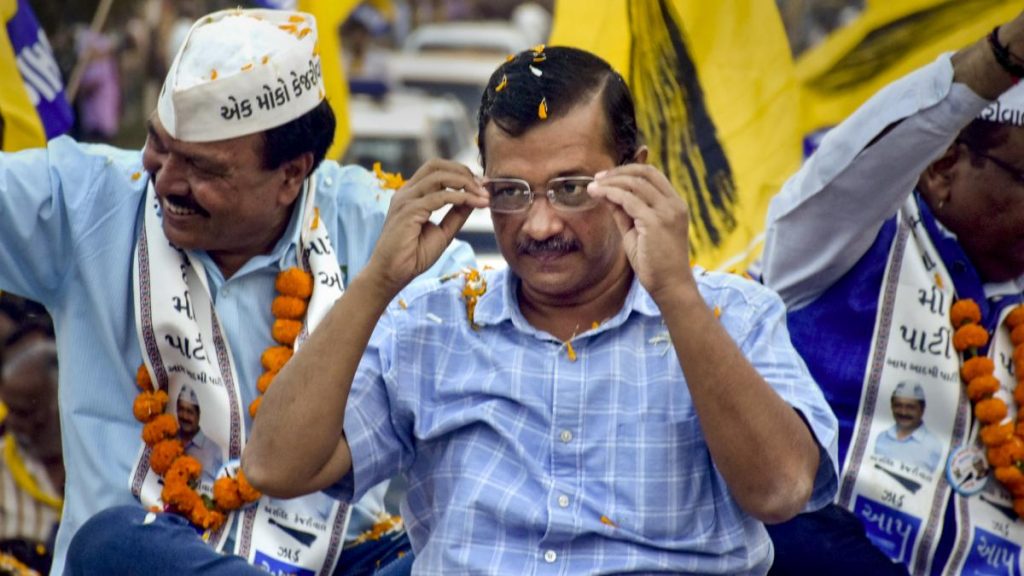 BJP and AAP have rolled out very competitive promises to the voters of Delhi ahead of the unified Municipal Corporation of Delhi polls scheduled for December 4, the result of which would be declared on December 7. Congress has alleged conspiracy in the delimitation process that would ultimately reduce the significance of minorities and Dalits, and had even approached Delhi High Court with a request to stop the election process, which was refused, and elections are being held as per the announcement made by State election commission on November 4.

As per the new delimitation, as many as 250 wards have been chalked out for the unified MCD against the 272 that were there before. Of the 250 wards, 42 have to be mandatorily reserved for Scheduled Castes. Congress had even went to court to stop the delimitation process, claiming that it had been done with the aim to reduce the significance of minorities and Dalits.

The stakes are very high for the BJP who has been ruling the MCD for last 15 years. In the 2017 civic polls, the BJP had won 181 seats in the 250-seat civic body, increasing its count of 138 in the 2012 election. Anti-incumbency is writ large on the party which has been ruling not only the MCD but also the Centre, however, they have miserably failed in even disposal of garbage and curbing air and water pollution in the National Capital Territory, which has reached hazardous level. Any loss of BJP in the MCD poll will thus be interpreted as public mood in the entire country against the party, which the BJP-leadership is trying to avert at any cost to prevent cascading effect in its political fortune in the Vidhan Sabha elections of 2023, and Lok Sabha election of 2014.

Since AAP is leading the state government under the leadership of Arvind Kejriwal as Chief Minister, and is the number two in the MCD, its leadership is trying its best to wrest the MCD too from the BJP. It hopes to derive mileage against the BJP due to prevailing a very high level of anti-incumbency against the BJP. AAP has thus also a very high stake in these elections, since any loss to the party will be interpreted as people’s ire against the AAP rule in the state, which the party is not in a position to afford at a time when it hopes to emerge as a national political party and aspiring to challenge Modi in the coming Lok Sabha election of 2024.

The very high stakes for both the parties have compelled them to roll out competitive promises to the voters of Delhi. AAP has an experience to defeat BJP in the National Capital Territory during Vidhan Sabha Elections of 2015 and 2020. Out of 70 seats in the Vidhan Sabha, AAP had won 67 seats leaving only 3 for the BJP in 2015, while in 2020, AAP could will 62 seats while the BJP could win only 8. In terms of percentage of votes AAP got 53.57 per cent as against 38.51 per cent of the BJP. It indicated a minor swing of 0.73 per cent against AAP and a positive swing of 6.21 per cent in favour of BJP.

AAP had contested the civic elections for the first time in 2017 and won 49 seats as against 181 of BJP. Congress had won 31 seats and thus declined from second to third position in the MCD. In between 2017 MCD polls to 2020 Vidhan Sabha poll, AAP has considerably consolidated its position by spectacular working in respect of improving health services and school education. Subsidy on water and electricity has also played a favourable role for the party. After winning Punjab, AAP leader Arvind Kejriwal’s morale is very high at present, who has claimed that “this time BJP will win less than 20 seats” in the MCD polls.

Kejriwal has made 10 important promises to the voters as guarantee. The first guarantee is to beautify Delhi. “It is sad to see all the garbage, the filth, the drains. There will be no new garbage dumps in Delhi. We will dispose of garbage – it is not rocket science,” he said.

The AAP chief promised to clean up the roads and lanes of Delhi and refurbish all schools and hospitals run by the Municipal Corporation of Delhi (MCD), along with a “corruption-free MCD”. Clearing of building plans would be simplified and would be made more transparent, Kejriwal said.

AAP has pledged to solve the parking problem in the city “once and for all” and free the capital of stray dogs, cows, and monkeys. Delhi would be made the “city of parks”, all temporary civic employees’ services would be confirmed and salaries would be given in time. Kejriwal also promised to end “Inspector Raj” or a tough licensing regime and reopen sealed shops. AAP would ensure proper zones for vendors so they would not be harassed. It is worth remembering that in the Vidhan Sabha elections he had promised three-wheeler drivers to rescue from police corruption, and it had worked.

BJP has also included many promises in its manifesto which included good governance in the MCD and supply of potable water to every household, which people are not getting in proper quantity and quality. The party has promised houses for slum dwellers in Delhi, improving the civic amenities in the national capital, strengthening the civic body, checking corruption, and ensuring proper disposal of garbage etc.

After the release of manifesto, the Delhi BJP president Adesh Gupta said, “Every house should get tap water, but Arvind Kejriwal has no interest in providing that facility to the people of the city because ha has built a nexus with the tanker mafia.”Obviously, BJP has not much to depend on their own performance on MCD, and therefore, has only hope on criticizing the AAP government in Delhi. (IPA Service)

Many Questions Remain Unanswered Relating To Inclusion Of Converted Into Dalits
Posting....