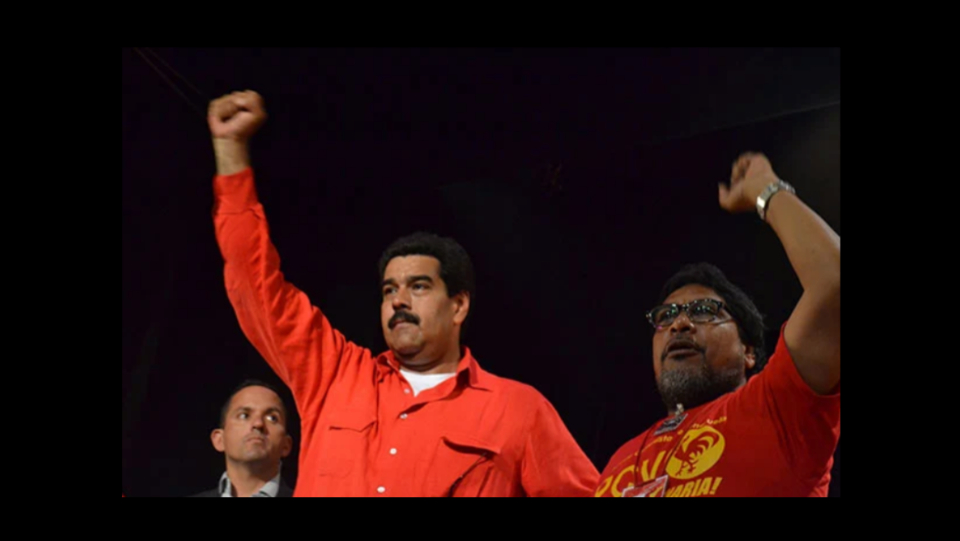 CARACAS: Venezuela’s economy is likely to grow faster than most this year and next, according to Credit Suisse. GDP is forecast to have grown by as much as 20% this year (the IMF reckons 6%), up from around 4% in 2021 (the IMF claims 0.5%), before easing down to 7 or 8% in 2023.But there is still a long way to go before the average output and income per head trebles to reach its level before world oil prices began falling a decade ago.

A severe devaluation of what is now the bolívafuerte has reduced the scourge of hyperinflation to the lesser problem of inflation, although the revamped currency still struggles to maintain its value in the foreign exchange markets. Many shops remain happier to receive U.S. dollars from foreign tourists.

Other difficulties persist, including a lack of investment in the state and private sector made worse by politically motivated U.S. and E.U. sanctions, a low international credit rating following government debt defaults—not least on loans from China—and the mass emigration of workers and employers.

Power cuts are common in towns and cities, although no longer in Caracas itself (something that has so far escaped the notice of numerous Western government and travel advice websites), while water supplies are sporadic in the capital. Street crime and domestic violence have intensified amid poverty.

Understandably, Venezuela’s long-awaited economic recovery is driven by an upsurge in oil exports. As a major oil producer with reputedly the world’s biggest resources, the country has long depended on this fossil fuel for its domestic and foreign exchange needs.

Following the Bolivarian Revolution of 1998, President Hugo Chávez clamped down on corruption and diverted much more of the proceeds from soaring world oil prices into health and education. One result is that the population has withstood the COVID-19 pandemic better than all of its neighbours at the top end of South America. Whether by the infection, recovery, or death rates, Venezuelans survived to a greater extent than the people around them.

The citizens of Colombia to the west and Brazil to the south were at least six times more likely to contract the virus and more than 13 times more likely to die from it. Even so, there are prominent critics of some aspects of the revolutionary government’s economic strategy.

I recall discussions with the late president of the Communist Party of Venezuela (PCV), Jerónimo Carrera, in Caracas and London some 16 and 17 years ago. A legendary figure on the country’s left, he had spent almost 70 years—including two periods in prison—as an activist in the revolutionary movement, most recently as a friend, ally, and confidant of Chávez.

But he argued that loans and more of the oil funds should be invested in heavy and intermediate industry to expand the relative size of the industrial working class. Land reform should be accelerated and agriculture rapidly mechanized to reduce Venezuela’s excessive dependency on imported food. Jerónimo also resisted overtures and demands from the Chávez government that the PCV dissolve itself into what became the United Socialist Party of Venezuela (PSUV).

Since the deaths of both men in 2013, relations between their parties have deteriorated to the point of rupture. This is despite efforts such as the 18-point PSUV-PCV Unity Agreement in February 2018 to “confront the crisis of Venezuelan capitalism” by deepening the revolutionary process under the leadership of President Nicolás Maduro.

Besides supporting Maduro’s candidacy in the forthcoming election, the accord restated the two parties’ determination to challenge imperialism and its “local figureheads,” such as Juan Guaidó.Refusing to recognize Maduro’s election victory in 2018, the National Assembly decided to replace him with its own president, namely Guaidó, as the country’s interim president. The U.S., Britain, and the E.U. followed suit to recognize him as such, although the E.U. abandoned Guaidó last year after his attempts at both constitutional succession and U.S.-backed insurrection failed.

Nonetheless, in line with a U.K. Supreme Court ruling last year, his appointees remain the legal proprietors of $2 billion in gold reserves deposited with the Bank of England by Venezuela’s central bank. On the domestic front, the unity accord declared that the way out of the crisis “should not be in favour of the bourgeoisie and transnational corporations but in favor of the interests of the people in the search for a new productive post-oil model of sovereign development.”

Other points committed both parties to expand workers’ rights and wages; strengthen trade union, working-class, and revolutionary organizations; introduce “worker and popular control” in state-owned enterprises; protect peasant collectives; deal with corrupt and anti-democratic public officials; dismantle the power of the private monopolies; work jointly at every level to develop and implement the accord; expand areas of agreement; and hold monthly meetings at the national level.

However, events since February 2018 have turned Communist Party criticisms of Maduro’s PSUV government into the outright condemnation voiced at the PCV’s 16th Congress in early November this year. With much of the country’s oil wealth draining away in low-price subsidies to the private sector, interest payments on unproductive loans, rising rents and royalties to big landowners, and in fraud and corruption, workers had the value of their wages slashed and labor rights suspended as prices, living costs, and unemployment rocketed. Additional U.S. and E.U. oil, financial, and trade sanctions exacerbated their plight and helped collapse Venezuela’s state-owned oil producer, the PDVSA.

Venezuela’s long-running political crisis took a further turn for the worse with the confrontations between the PSUV and its allies—including the military, the Supreme Court, and a new Constituent Assembly—on one side and the National Assembly, Guaidó, and his imperialist supporters on the other.

Since seeing off the pretend president, Maduro has launched a national “reconciliation and peace” process with some right-wing parties and employers, culminating in a “social agreement” on Nov. 26 this year hosted by Mexico, mediated by Norway, and endorsed by the U.S. government. Venezuelan funds worth $3 billion and hijacked by U.S. authorities will be disbursed by a U.N. commission to meet the social needs of the Venezuelan people.

On the same day, the U.S. Treasury permitted Chevron to resume the production of petroleum products from its four joint ventures in Venezuela for six months, for export to the U.S. only. For the PSUV leadership, Maduro’s strategy will bring much-needed relief to the Venezuelan people, boosting enterprise and employment in every sector of the economy.

For the PCV, Maduro and his section of the political elite have made a pact with the reactionary economic elite and its U.S. backers. Its central aim, Communists insist, is to restore profitability through the super-exploitation of labor power. Hence a new law last July designed to enhance “special economic zones” with their exemption from tax, price, labor, and social security regulations. PSUV and right-wing deputies in the National Assembly voted in favour with only one against—PCV General Secretary ÓscarFiguera.

Moreover, the party links this strategy to attacks on leading trade union, campesino (peasant), and PCV militants. In 2018, for example, two PCV campesino leaders—one a member of the party Central Committee—were gunned down in Zulia state. Figuera connected the assassination to a “mafia-type” gang, publicly naming local state, National Guard, and PSUV officials as among its members.

Other revolutionaries have also been killed, including PSUV as well as PCV members, and the few arrests made so far indicate the involvement of hitmen hired by right-wing politicians, landowners, and employers.

Along with representatives from Communist and workers’ parties in Colombia, Panama, Portugal, Greece, Spain, Swaziland, Norway, Palestine, and Mexico, I attended meetings in a working-class community center and the Central University addressed by trade union and strike leaders.

Fresh from his re-election as PCV general secretary, Óscar Figuera told me that the ruling party has breached almost every commitment in the 18-point accord as Venezuela’s crisis deepened during the following three years. Bilateral talks to carry forward cooperation broke off in 2019 amid mutual recriminations.

As Venezuela and Latin America’s second biggest investor and trading partner, China has been helping the continent break free from domination by the U.S., the E.U., and such agencies as the Organization of American States. At the same time, it has acquired local raw materials and economic assets on a significant scale.

As for the embattled PCV, its members are in a militant mood. The 170 or so delegates at the 16th Party Congress are up for the fight against neoliberalism, labour exploitation, unemployment, and poverty, not least the women speakers who electrified proceedings with their denunciations of pay discrimination, domestic violence, sex trafficking, and femicide.

Many on the left and in the trade union and campesino movements may sympathize with the party’s position in its dispute with the PSUV. But the party’s sharp denunciations of the Caracas government now make it very difficult for uneasy PSUV members to voice their concerns, too. (IPA Service)

In UK, Public Sector Workers Are Striking Against Austerity