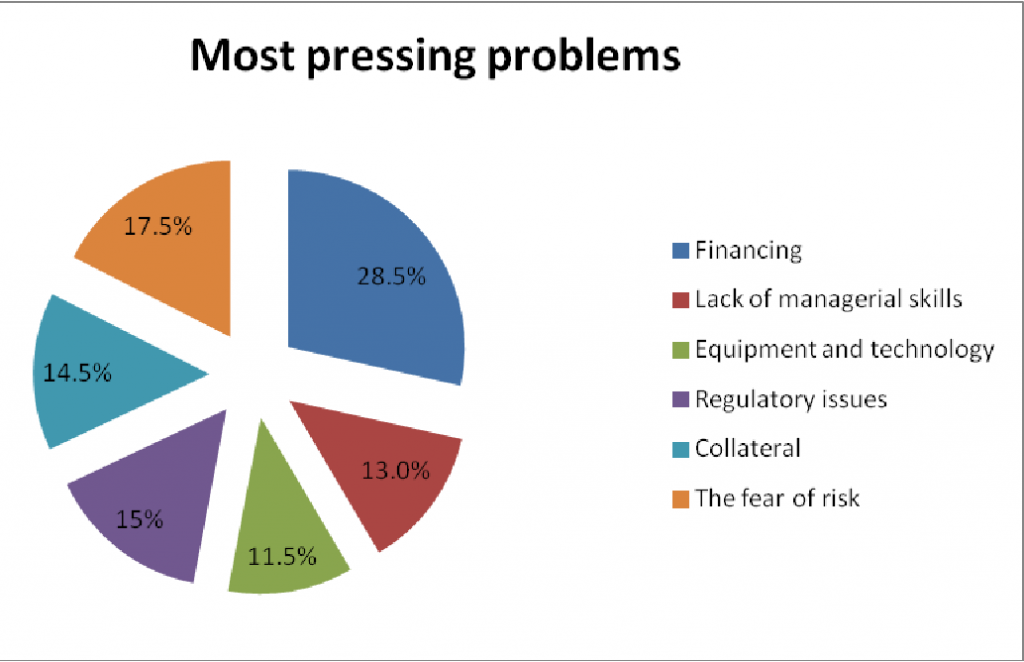 Small and Medium-sized enterprises are widely regarded as the backbone of economies around the world. Their contribution to gross domestic product and exports is unique and they employ a greater share of population than many bigger enterprises globally. In Asia they typically comprise more than 90 per cent of enterprises while contributing to immensely to job and job creation and exports. However, they are facing insurmountable challenges which urgently require strengthening of Credit Guarantee Schemes and other services.

This is the major recommendation of a recent ADP study titled “Financing Small and Medium-sized Enterprises in Asia and the Pacific: Credit Guarantee Schemes” that scrutinized evidence from six Asian countries which included China, India, Japan, the Republic of Korea, Malaysia, and Sri Lank and compared them from European Union (EU) and United States (US).

India has 95 per cent of its enterprises in SME sector. Among the selected Asian and Pacific Economies only Mongolia has lower participation of 75 per cent. In all other countries percentage of SMEs are much higher than India. Among the high-income countries Japan has 99.7 per cent and Republic of Korea 99.9 per cent, while among upper middle-income countries Indonesia has 100 per cent, Kazakhstan 96.3, Malaysia 98.5 per cent, Fiji 97 per cent, and Thailand 99.8 per cent. India is among the lower middle-income countries and barring Mongolia all has larger share of their enterprises in SME sector and they are performing better as a country. Even Bangladesh has  99.9 per cent of enterprises in this sector, while Cambodia 99.8 per cent, and Sri Lanka 99.8 per cent. Thus it is clearly visible that India has still scope of more SMEs in the country so that larger number of people could be provided with jobs amidst an unprecedented job crisis in the country.

SMEs contribute 40 per cent in India’s exports, while this sector in China is contributing 80 per cent of the country’s exports. It means, India has a great potential of increasing its export through SME sector.

SME sector’s contribution in the national economy of India is still only 28.8 per cent, while in China it is 70 per cent, Japan 53 per cent, Republic of Korea 51.2 per cent, Indonesia 61.1 per cent and even Sri Lanka 52 per cent.

All these figures have a lesson for India and the Modi Government, and by strengthening CGS in India, our SMEs base can be enlarged, their productivity and sustainability be enhanced, and larger number of people can be provided employment.

Credit Guarantee Fund Trust for Micro and Small Enterprises (CGTMSE) has 60 per cent fee income, 33 per cent investment income, and 7 per cent other income. It presents a case of rethinking on the scheme’s income shares for leveraging their ratio.

It should be noted that India’s Credit Guarantee Structure has two agencies with no private player. However, in the United States it includes Agency of Government Department, in Korea 16 regional and 2 central agencies, in Japan 51 regional guarantee corporations and 2 central agencies and in China over 6000 CGCs with private domination.

India does not provide Re-insurance of Credit Guarantee Schemes, while China and Japan provide such facilities. In China, it is chiefly done through government. Capital funding is entirely public in US and Japan, while through Central Bank in Sri Lanka. India does it through public and specialized financial institutions.

Dedicated staff strength in India is very small which it is medium in the China and the United States, and large in Japan, Korea, and Malaysia. Barring the US, where Mode of Guarnatee is largely portfolio, while in India it is largely individual.

India has launched three major credit guarantee schemes worth $40,368 million, which included PM SVANidhi, CGS sub-debt, and Rs 3 trillion worth loan guarantee scheme of May 2020, but their performance is very slow paced and therefore could not attain the targets due to which dates had to be extended until March 2023.

All these data show that India needs overhauling of its policies and programmes regarding its small and medium-sized enterprises to grow fast and to provide jobs to the jobless. (IPA Service)

By Rahil Nora Chopra Bihar Chief Minister Nitish Kumar has called an all-party meeting in Patna, with an eye on getting the state cabinet’s nod...

Bitcoin Is The Only Winner In The Foolhardy Russia-Ukraine War
Posting....