Bitcoin Is The Only Winner In The Foolhardy Russia-Ukraine War 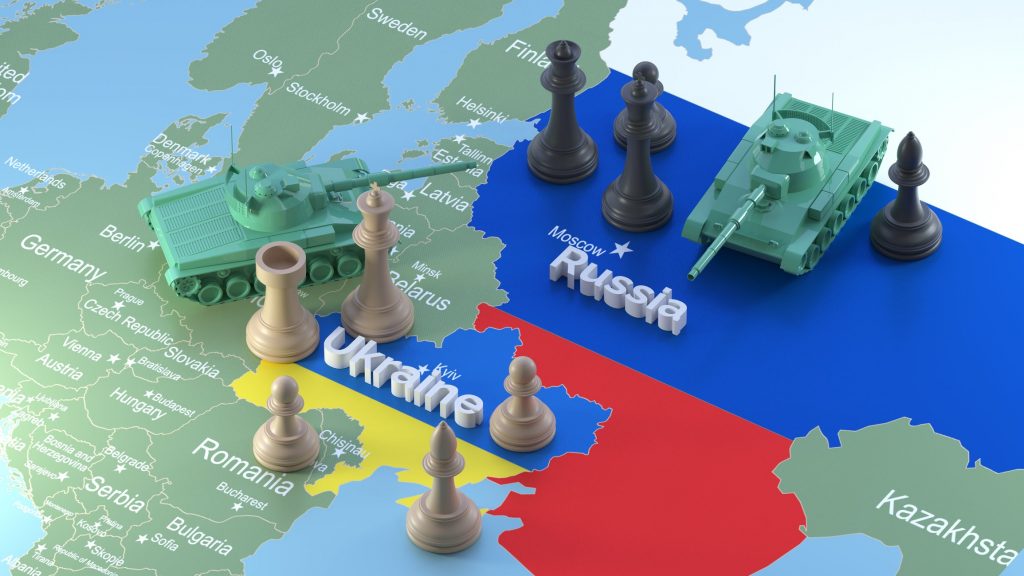 Almost 3 weeks into the war, the Russian invasion of Ukraine has numbed all of us. The recurring images of lofty neighbourhoods bustling with life and laughter turning into lifeless concrete with no signs of humans have left most of us unsettled. The idea of protection of the Russian people and Russian interest that President Vladimir Putin has put forth to justify his war looks completely out of sync with the idea of the modern world.

Today, war is passé! It’s more a bandit game than glamour. It’s as foolish as monstrous China eyeing tiny Taiwan! It’s like a completely hopeless Pakistan keeping its relevance alive by creating problems in Kashmir. It is no different than Boko Haram bandits kidnapping people in Nigeria. Putin is doing the same with rockets, tanks, and machine guns. No one finds it impressive, powerful, or glamorous. It’s repulsive and regressive. Even if Putin believed that Ukraine was developing nuclear weapons to target Russia, he could have shown some tact and diplomacy than this response typical of a commando.

There would have been better ways to achieve the goals of Russian nationality and pride than subjecting the Ukrainian people to such plight and horror. It takes years and decades to build basic infrastructure. Now, Ukrainians are blowing off roads and bridges to stop advancing Russian soldiers. This is a completely unacceptable situation.

But it’s difficult to make strongman Putin see the viewpoints of the suffering masses. In the same vein, Ukrainian president Volodymyr Zelenskyy could have found a way to dodge an aggressive Putin than to make Ukrainian people take up arms and fight.

Well, this war should serve as a reminder to many other nations that see war as the solution to political problems.

For now, Russia has suffered a few thousand soldiers in the war while Ukraine has suffered massive damage to infrastructure besides a humanitarian crisis of at least a million people leaving their homes and taking refuge in neighboring countries.

The war has brought those in sharp focus who oppose the Russian president. It’s the US and most countries in Europe that want Putin to be punished for his misadventure. Crippling financial sanctions have been imposed on Russia.

But as said earlier, war is a passé so are financial sanctions. Switzerland has long stayed politically neutral in due deference to hosting the headquarters of the United Nations. Thanks to this neutrality, all kinds of people and nations put their billions in Swiss banks. But after joining the EU, it has shed its neutrality and in the ongoing war, it opposes Russia. Given this, Swiss banks may have to follow the sanctions and freeze the bank account of Russian government agencies and wealthy people. But even before this could happen, wealthy Russians have begun moving their money from Swiss banks to UAE banks. In a sudden move, the UAE has adopted a crypto regulation law on March 9 that makes crypto a legitimate business in its territory.

In fact, from the moment financial sanctions were imposed by the US and EU nations, the global economy and banking system looked to be in peril. Russian oil accounts for a major part of oil consumption both in the US and the EU. Foodgrains from Russia are a major component of food security in most of Africa. Russian military hardware constitutes the core of the defence for many countries. Can Russia be isolated? Logically, no! It can happen only when the world is ready to pay the price. Some US politicians and European media found a way out in the bumping-off of Putin, the aggressor. Does this ensure a lasting peace? Nobody has the answer. And, the way the US can mess up things, as it has done in Afghanistan and Pakistan, the world would not want American solutions to the Russia-Ukraine war.

By the way, the US also got hit by the financial sanctions it imposed on Russia. As the Russian banks and people began finding a workaround, they discovered bitcoin to be the perfect match to their problem. This, in extension, put a question mark on the relevance of US dollars, and even Americans began demanding that the country should have an alternative reserve currency. So, the world has not said goodbye to the dollars just yet but the idea that it can survive without them has woken up many from the slumber. Is the US ready to see its dollars going the ruble way?

Three weeks into the war, Zelenskyy must know the harsh realities that exist beyond diplomatic handshakes and photo-ops. He must know that promises made with sips of champagnes are for good times only.

In these 3 weeks, people who have long given up hopes on systems that give power to people like Putin and Zelenskyy donated $100 million for Ukraine’s war efforts to save itself from the Russian invasion. These were crypto coins and they added up 2.5 times more than the UN organizations received in donations for the Ukraine cause. On March 16, Ukraine’s president signed a bill into law that makes cryptocurrencies legal in the country. So both Russia and Ukraine are relying on the blockchain-powered crypto industry to overcome the effects of their foolhardy decisions leading to the war.

It’s not surprising that the US and Russia are heard to be talking at the highest levels to end the war in Ukraine. Bitcoin emerges as the only winner from this war that must serve as a lesson that people should be wary of the leaders who bring them to the war. (IPA Service)

Follow us on
Up Next: Left Parties Have To Take Proper Lessons From Outcome Of State Assembly Poll
Posting....