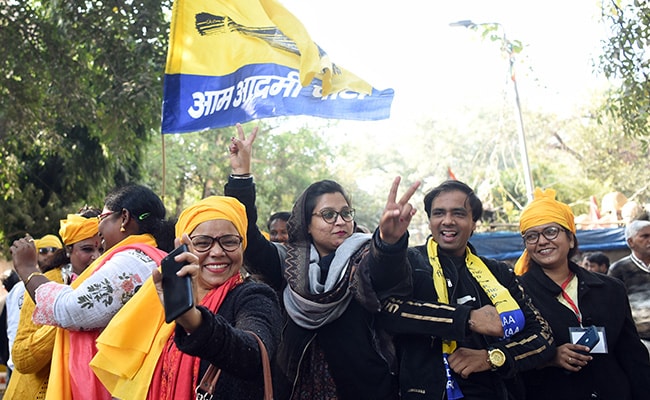 Delhi Deputy Chief Minister Manish Sisodia on Wednesday alleged that the BJP was trying to poach newly-elected AAP councillors and asserted that none of them will fall prey to their “game”.

He said the newly elected councillors have been instructed to record “such phone calls” in case they receive one.

Sisodia’s allegations come after the Aam Aadmi Party won the MCD polls with 134 seats, ending the 15-year rule of the BJP in the prestigious municipal corporation and reducing the Congress to just nine seats in a house of 250.

The BJP, which was predicted to suffer a massive defeat in exit polls, put up a spirited fight, winning 104 municipal wards.

“BJP’s game has begun. Our newly elected councilors have started receiving phone calls. None of our councillors will be sold. We have told all our councillors that if they get a phone call or if someone comes to meet them, they should record those calls and meetings,” he said in a tweet in Hindi.

BJP IT department head Amit Malviya also suggested that the mayor’s election is still an open game and noted that Chandigarh, where its rival was the largest party, has a mayor from BJP ranks.

“Now over to electing a mayor for Delhi. It will all depend on who can hold the numbers in a close contest, which way the nominated councillors vote etc. Chandigarh has a BJP mayor, for instance,” he said in a tweet.

Delhi BJP spokesperson Tajinder Pal Singh Bagga also claimed that the city will again have a mayor from his party.