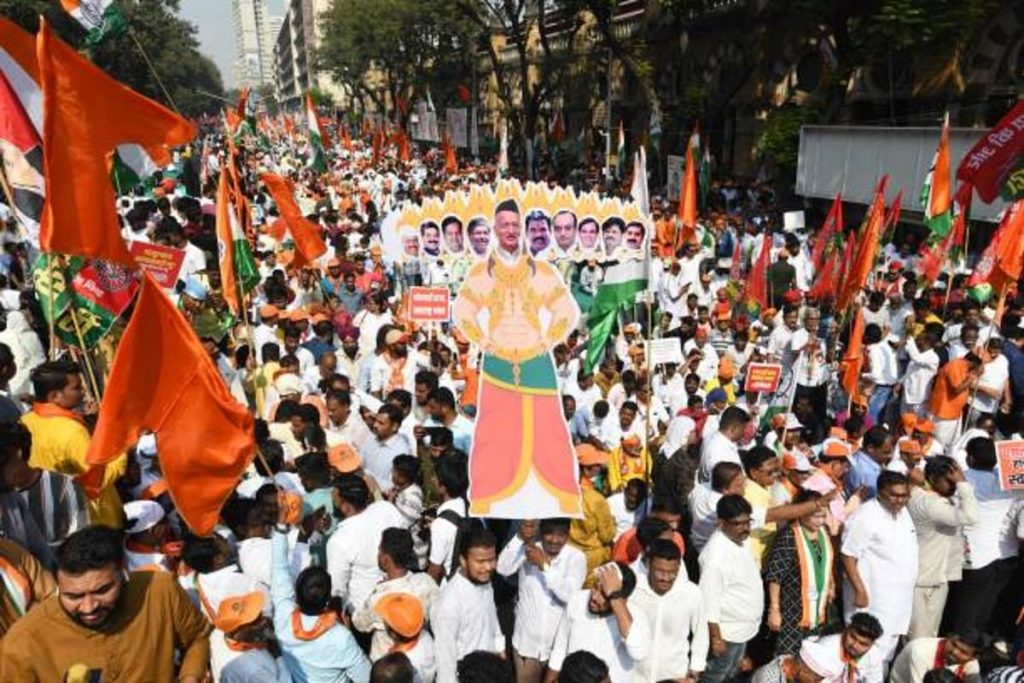 The Opposition members staged demonstrations in the Maharashtra legislature complex here on Tuesday accusing the government of being corrupt and demanded the resignation of Chief Minister Eknath Shinde.

The demand for the CM’s resignation comes against the backdrop of the Bombay High Court’s Nagpur bench ordering status quo on a decision taken by Shinde when he was a minister in the previous Uddhav Thackeray-led Maha Vikas Aghadi (MVA) government of allotting land meant for slum dwellers to private persons.

The HC bench was on December 14 informed by amicus curie advocate Anand Parchure that Shinde during his tenure as the urban development minister of the MVA government directed the NIT to give away land acquired for housing scheme for slum dwellers to 16 private persons.

On the second day of the state legislature’s winter session in Nagpur on Tuesday, Leader of Opposition in the Maharashtra Assembly Ajit Pawar, Congress leaders Nana Patole, Prithiviraj Chavan, Balasaheb Thorat, Shiv Sena (UBT) legislator Aditya Thackrey and other leaders staged demonstrations after a meeting of the MVA leaders at the Congress office in the Vidhan Bhavan.