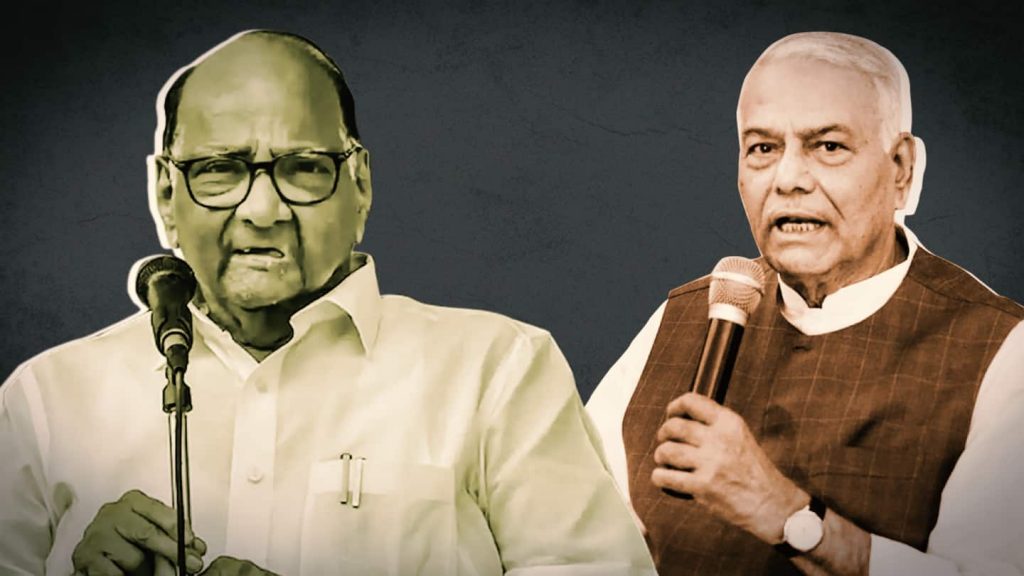 Bihar Chief Minister Nitish Kumar led an all-party meeting on Wednesday, June 1, and agreed that his government would carry out a caste-based count instead of a census to avoid legal complications. Nitish Kumar said this activity would be given the name “jaati adharit ganana” (caste-based headcount), adding that it would be a wide-scope survey taking into account people belonging to all religions and their socio-economic status. He also said: “All nine parties unanimously decided to go ahead with the caste census. We will soon get it approved by the (state) Cabinet and allocate funds for the purpose. We will duly advertise the process and set a completion deadline”. From the BJP, state party president Sanjay Jaiswal and deputy CM Tarkishore Prasad attended the meeting. The Leader of Opposition from RJD, Tejashwi Prasad Yadav, and Rajya Sabha MP Manoj Kumar Jha, as well as the AIMIM Bihar chief AkhtarulIman too were present in the meeting. Tejashwi Yadav, who had met the CM last month to discuss the very issue, said: “We have long been demanding a caste census. A nationwide census would have been ideal. But we are satisfied that Bihar is conducting its own caste census.” The JD(U), under influence  of  the BJP, which is the larger coalition partner in the state, has been trying to emphasize the contrast between the BJP’s state and Central units on the issue of caste census. In Bihar, where politics has been dominated by OBCs, the caste census move is being seen as a smart display of Nitish Kumar’s skilful political moves.

The former PM and Janta Dal (Secular) supremo HD Deve Gowda is still not keen on retirement at the ripe old age of 90!DeveGowda has grand future plans to form a third front against the BJP and Congress ahead of 2024 Lok Sabha elections. His meeting with the Telangana CM K Chandrashekhar Rao seems to be the beginning of many such discussions. The TRS chief has already met several chief ministers and national leaders to form a non-Congress and non-BJP Third Front. There is a grapevine that he may pass over his throne to son K T Rama Rao to focus his complete attention on national politics.

After the Bihar government walking the talk with caste census, the demand for the same has grown in Uttar Pradesh. Samajwadi Party national president Akhilesh Yadav is leading the charge, claiming that the BJP aspires to have interest in the SC and OBC votes but not their welfare. The subject came up during a debate in the Uttar Pradesh Vidhan Sabha, where Akhilesh Yadav, the House’s Leader of Opposition, called for a caste-based census. According to him, each caste should be given its fair amount of place in the power system based on their demographic proportion. Expectedly, the BJP opposed his assertion under the pretext claiming that during his five years as chief minister, Akhilesh Yadav did nothing and never asked for a caste census from the UPA government led by then Prime Minister Manmohan Singh. Meanwhile, Akhilesh Yadav also met ailing party colleague Azam Khan at the Sir Ganga Ram Hospital in Delhi. “Wishing for your good health. Get well soon,” the party chief tweeted. The meeting comes days after former Congress leader Kapil Sibal filed nomination for Rajya Sabha polls with SP’s support. The ex-Congress leader is on friendly ties with both the SP leaders. Sibal was the lawyer for Azam Khan and secured his release from the Sitapur Jail. However, Akhilesh Yadav has not expressed urgency to meet his ‘miffed’ colleague. But political pundits have hinted that Wednesday’s meeting is linked to the upcoming bypolls to the Rampur and Azamgarh Lok Sabha seats. Azam Khan and Akhilesh Yadav vacated these two seats after being elected to the UP Assembly. The bypolls are most prominent and prestige battles for Akhilesh Yadav, who is aware of Azam Khan’s influence in these two seats.

FURORE OVER CONGRESS NOMINATING THREE NAMES FROM UP FOR RAJYA SABHA

In the 2022 Uttar Pradesh assembly elections, the Congress could win only two seats, but the party has shown much generosity in selecting three leaders from Uttar Pradesh to be sent to the Rajya Sabha from other states. The other surprise in the UP Congress Rajya Sabha list is the preference for the three names, which are Imran Pratapgarhi, Pramod Tiwari and Rajeev Shukla. All three carry the approval stamp of Congress general secretary Priyanka Gandhi Vadra. While Pratapgarhi is being sent to the Rajya Sabha from Maharashtra, Pramod Tiwari has got the nod from Rajasthan, and Rajeev Shukla from Chhattisgarh. Meanwhile, prominent party leader PawanKhera has been excluded from the eminent list. “Maybe there is something missing in my devotion,” Khera tweeted in Hindi, reacting to the exclusion. Sharing Khera’s tweet, leader and popular actor Nagma tweeted that Sonia Gandhi “personally committed to accommodating” her in the Upper House when she joined the Congress almost two decades ago. Citing Pratapgharhi’s nomination from Maharashtra, she asked: “Am I less deserving?” Moreover, Congress MLA from Sirohi in Rajasthan, Sanyam Lodha, asked the party for a reasonable clarification on why no one from Rajasthan was nominated. (IPA Service)

Resurgence Of OBC Politics In Bihar Spreads To Maharashtra
Posting....