Resurgence Of OBC Politics In Bihar Spreads To Maharashtra 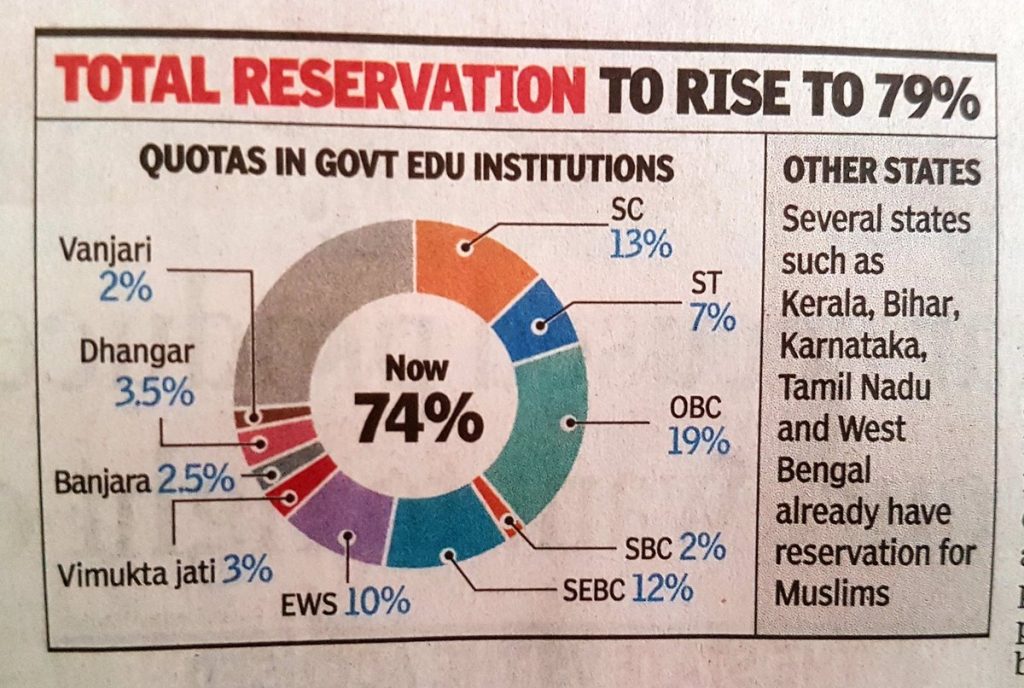 Resurgence of OBC politics in Bihar is now spreading to other states as far as even Maharashtra where NCP has renewed its demand for caste based census on June 2, 2022, the day the Bihar state cabinet led by JD(U) leader Nitish Kumar approved the proposal of general administration department (GAD) for conducting caste based population count in the state by February 2023.

It is a clear indication of revival of OBC politics across the country before the Lok Sabha election of 2024, though the BJP has intensified its Hindutva politics to keep its flock together chiefly by finding out and raising new temple-mosque controversies as well as emotive issues against Muslim minority. BJP has even attempted to rattle Bihar CM Nitish Kumar by demanding population control law, while its leaders are engaged in not only raising Kashi and Mathura controversies but also are talking of bringing Common Civil Code.

However, the BJP will have to prepare for a tightrope walk before the Lok Sabha election to keep balance between the resurging OBC politics that can potentially alienate OBCs from BJP,   and its own Hindutva politics that unites them as Hindutva force. The dichotomy of the BJP is even exposed by its own stand whose leaders support caste-census in Bihar but opposes it in other states and for the country. “Isn’t it amazing!”says leader of opposition in Bihar Vidhan Sabha Tejashwi Yadav of RJD.

Politics in Bihar is still dominated by OBC politics though there is also a considerable influence of Hindutva politics among the voters. The importance of the cabinet nod for caste census in the state lies in the fact that the decision was taken at an all-party meeting presided over by the Chief Minister Nitish Kumar on June 1. Chief Secretary of the state, Amir Subhani, has said that the relevant notification in this regard would be issued soon which will contain the necessary details including the plan execution. The census along with economic enumeration plan would be conducted with the state’s own resources that would entail an expenditure of Rs 500 crore to be made available from the contingency fund, he added.

CM Nitish Kumar had said at that time that he told the Prime Minister Narendra Modi that the proposal regarding case-based census came from the leader of opposition in Bihar Assembly Tejashwi Yadav and we all agreed on it.

“Caste-based census should happen not only in Bihar, but in the entire nation. It will help proper diversion of resources. It is inevitable. It will be a historic measure in helping the poor. If animals and trees can be counted, then why not people on castes. When the government has no scientific data on the population, how can it make welfare policies,” said Tejashwi Yadav had said.”

Modi government, however, has refused to enumerate the population caste-wise, except for those from the SCs and STs. CM Nitish Kumar has clarified on this point and said, “The Centre expressed its inability. It does not mean the BJP was opposed to it at any point of time. Their representatives accompanied us when we met the PM.” CM Nitish Kumar is perhaps right, because the moves of the PM Narendra Modi clearly indicates his priority for OBC politics now which is even reflected in his cabinet or choice of leaders in several other fronts giving larger roles to OBC leaders. Not only that, BJP leaders are also allowed to back OBC politics and the caste census, obviously to prevent poaching of OBC leaders in BJP by the other political parties that survive on OBC politics.

In Maharashtra, the initiative was taken by the NCP by asking the Chief Minister of the State Uddhav Thackeray to call an all-party meeting to discuss the matter and take a decision. In the meeting on June 2, presided over by the NCP supremo Sharad Pawar, several leaders raised their pitch for enumerating the population on caste lines to ascertain the social status of different communities.

The Water Resource Minister in the state Jayant Patil, who is also the state NCP chief, said, “It is necessary to conduct a caste-based census. This is NCP’s demand. On behalf of NCP, I am going to urge the Honourable Chief Minister today to call an all-party meeting on the issue.”

The NCP supremo Sharad Pawar is also known for supporting the concept of caste census. On May 25, while addressing a meeting of NCP’s OBC cell, he said that such an exercise was necessary to ensure social equality. “We are not asking anything for free. There is no option but to conduct a caste-based census,” he had observed. STs and SCs benefited owing to reservation granted by the Constitution of India, and OBCs required the similar concessions which can be possible only if the government knows the exact population of OBCs. (IPA Service)