SC to hear pleas against Shinde govt next week 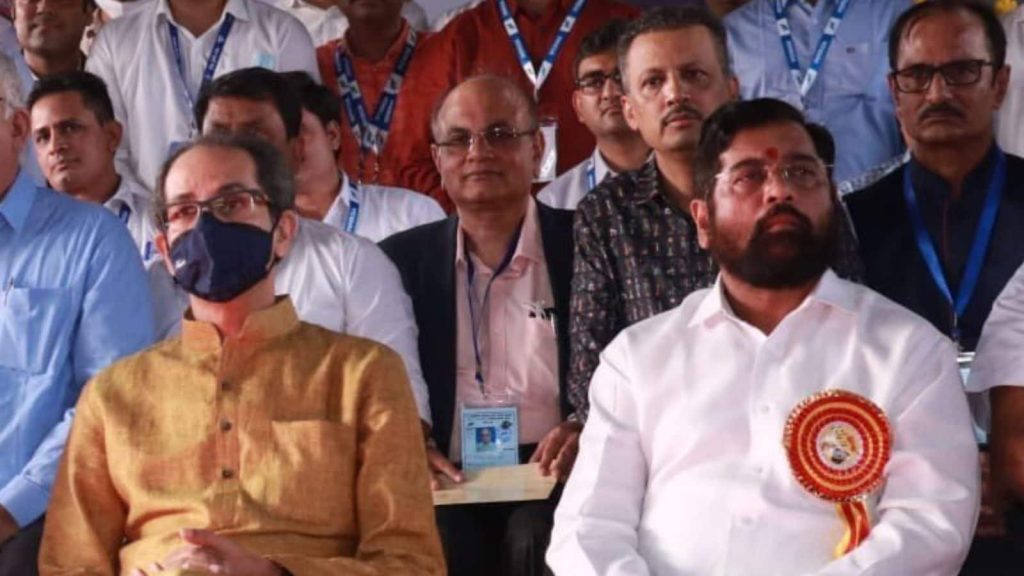 The Supreme Court will begin hearing cases related to the Maharashtra political crisis on Tuesday, including the disqualification of MLAs, the validity of the Eknath Shinde government, and the powers of speaker and governor.

Earlier, the SC had rejected the Uddhav Thackeray-led Shiv Sena’s plea to stay proceedings pending before the Election Commission of India (ECI) over a request by CM Eknath Shinde for recognition of his faction as the real Shiv Sena and permission to use the party’s ‘bow and arrow’ election symbol.

In an order seen as a win for Shinde camp, the five-judge Constitution Bench, headed by Justice D Y Chandrachud, said, “We direct there shall be no stay on proceedings before the Election Commission. Interlocutory Application seeking stay stands dismissed.”

The Uddhav Thackeray-led MVA government, which came to power after the 2019 Assembly polls, collapsed on June 29 this year following a rebellion against the Shiv Sena leadership by Eknath Shinde and 39 party legislators. Shinde became the chief minister on June 30, with BJP’s Devendra Fadnavis as his deputy.

The Uddhav camp then filed a petition, seeking to restrain the EC from deciding on the claim of the Shinde-led faction over the ‘real’ Shiv Sena and the party symbol.

The camp has also approached the top court separately, accusing Governor Bhagat Singh Koshyari of acting under the “guidance of his political masters” to recognise 39 “rebel” MLAs of the Shiv Sena by inviting Shinde to be the Chief Minister.

On August 23, the Supreme Court had referred to a five-judge bench the petitions filed by the Thackeray and Shinde-led factions raising several constitutional questions related to defection, merger and disqualification.

Thackeray’s lawyers had earlier submitted that party MLAs loyal to Shinde can save themselves from disqualification under the 10th Schedule of the Constitution only by merging with another political party. The Shinde group said the anti-defection law is not a weapon for a leader who has lost the confidence of his own party.

No exception to Bengal in CAA implementation, says BJP
Posting....