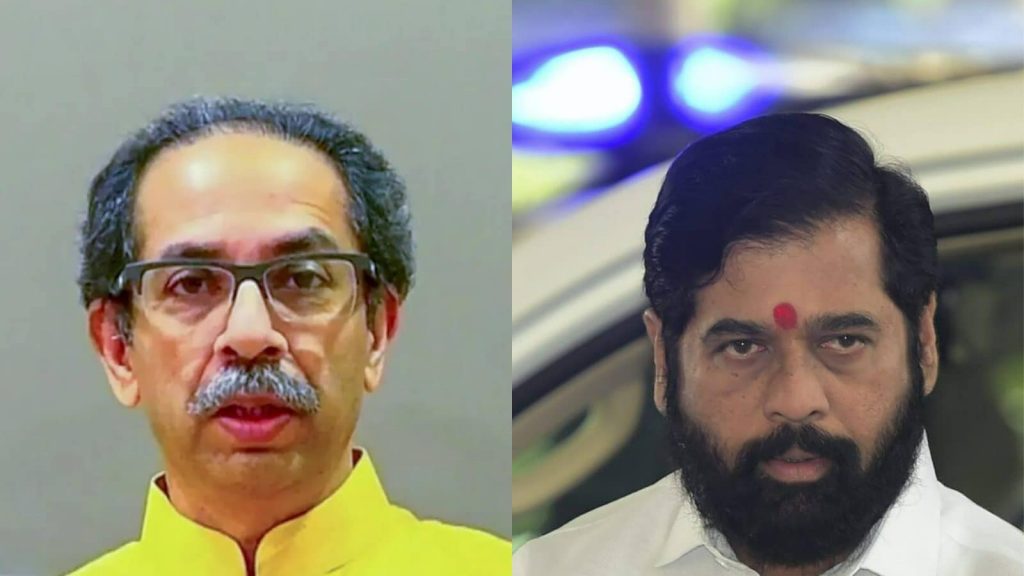 The Supreme Court Thursday asked the Election Commission not to take any decision for now on the Eknath Shinde faction’s plea that it be considered the real Shiv Sena and granted the party poll symbol.

A bench headed by Chief Justice N V Ramana said it would take a call by Monday on referring the matters related to the recent Maharashtra political crisis to a constitution bench.

“We will decide whether to refer the matter to the 5-judges constitution bench,” the bench, also comprising justices Krishna Murari and Hima Kohli, said.

The apex court was hearing the petitions filed by the Shiv Sena and its rebel MLAs during the recent Maharashtra political crisis which raised constitutional issues including those related to splits, mergers of political parties, defections, and disqualifications.

Uddhav Thackeray and his team of MLAs does not want the Election Commission to make a decision on the case yet. It had previously asked the court to prevent the poll panel from making any decisions until a decision on the disqualification of “rebel” MLAs led by Shinde was reached.

Meanwhile, the apex court on Wednesday had asked the Shiv Sena faction led by Shinde to redraft his submissions on petitions filed by the rival Uddhav Thackeray group on constitutional issues arising due to the political crisis.

Senior advocate Kapil Sibal, appearing for the Uddhav Thackeray faction, had said the MLAs who have sided with the Shinde camp can save themselves from disqualification under the tenth schedule of the Constitution only by merging the splinter group with another party. They have no other defence available, Sibal had told the bench, also comprising justices Krishna Murari and Hima Kohli. “Once you have been elected it does not mean the umbilical cord with the political party is severed and that you have nothing to do with your political party,” Sibal said.

Senior advocate Harish Salve, appearing for the Shinde faction, had said the anti-defection law is not a weapon for the leaders who have lost the numbers to lock their members. Referring to factual aspects, Salve had said it is not the case that the MLAs have voluntarily given up their membership of the political party.

“It is not a case of defection. Today it is the case of intra-party rebellion and nobody has given voluntary membership from the party,” Salve had said. After hearing the submissions, the bench said it would hear the matter on Thursday to decide the issue to be adjudicated by it and asked Salve to redraft the questions of law.

With inputs from News18, agencies