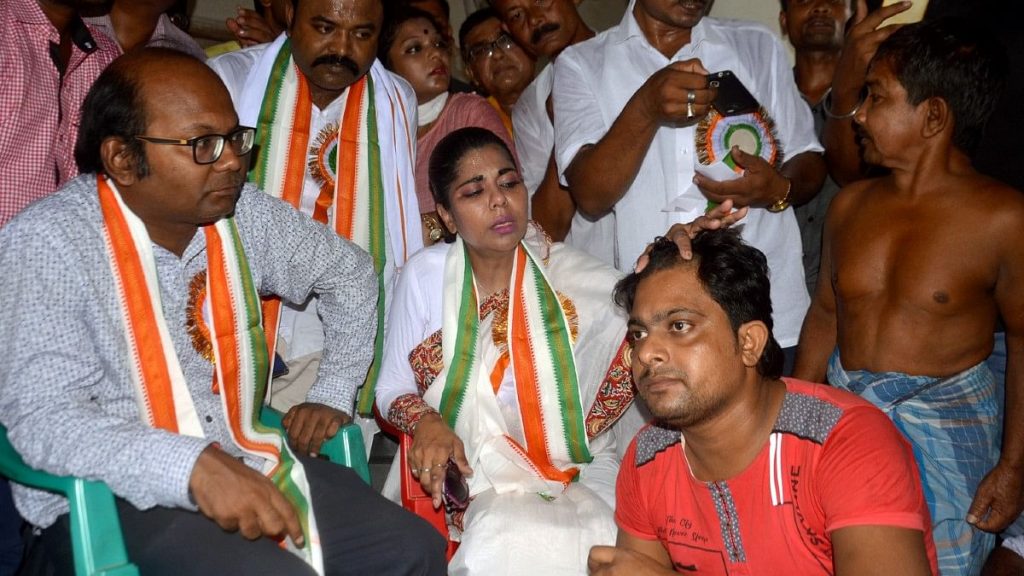 Poised to emerge as ruling dispensation of West Bengal an year ago before state Assembly polls, state BJP hopes fell flat thereafter. And now the party finds itself to be a house divided with intra party squabbles, so far under the wraps  is now in the open like a can of worms.

The situation has been triggered by a purported letter of senior party leader, Sayantan Basu. It accuses several leaders of forming “syndicates,* affecting party organisation. Moreover, it alleged that old faithful of the party being shunted to insignificant posts which can be a recipe for disaster in the coming panchayat polls.

The letter to BJP’s national chief, J P Nadda drew attention to the poor public perception of leaders who joined BJP ahead of 2021 elections. Referring to Suvendu Adhikari, leader of the Opposition in the state Assembly  and those who been in Trinamool, Basu a former general secretary state unit fired broadsides  having been dropped from the core committee after Sukanta Majumdar replaced Dilip Ghosh as the chief of state BJP.

Two schools of divergent opinions have emerged in the state BJP after the letter sought to wash the saffron camp’s dirty linen in public. One opines that shorn of his organisational post of general secretary, Basu’s purported letter can do little harm.

Indeed the letter’s author had penned it at his own peril. He may have invited disciplinary action against him by the national leadership, it was felt.

Basu, now a controversial man of letters, it was felt has made himself a sitting duck of the leaders now calling the shots in the state unit. With neither a large group of followers nor a post from which he can call the shots, Basu seems more like a loose cannon.

But one wonders why the BJP state unit is in a tizzy over the letter then. The missive shatters the image which the saffron has been trying to build around itself as a party with a difference.

It was this image which contributed among other factors to its emergence as the principal Opposition party in the state Assembly polls. It may be noted that the saffron presence on many constituencies ate into the vote of Congress or the Left helping either Trinamool or BJP candidates to. Go first past the post.

But Basu’s purported letter reduces the state BJP’s status. In fact, it is tarred with the same brush as faction ridden Congress which the saffron camp leaders  never tire of ridiculing.

And the letter is ill-timed too. For it has been leaked at a time when the panchayat polls are inching closer.

Basu’s purported letter places his party the unwelcome situation of being confronted by double edged political weapon. It sends a wrong message when there exists a groundswell of anti establishment opinion against Trinamool state government.

Second thoughts are put in the minds of committed voters of BJP before rural polls by the letter while it is demoralising the party’s rank and file. It has pointed out that it is not BJP but CPI(M) which  is gaining in the rising anti’-incumbency feelings against the ruling dispensation. (IPA Service)

Narendra Modi’ Talk Of ‘One Nation, One Uniform’ Has Dangerous Intent
Posting....