Narendra Modi’ Talk Of ‘One Nation, One Uniform’ Has Dangerous Intent 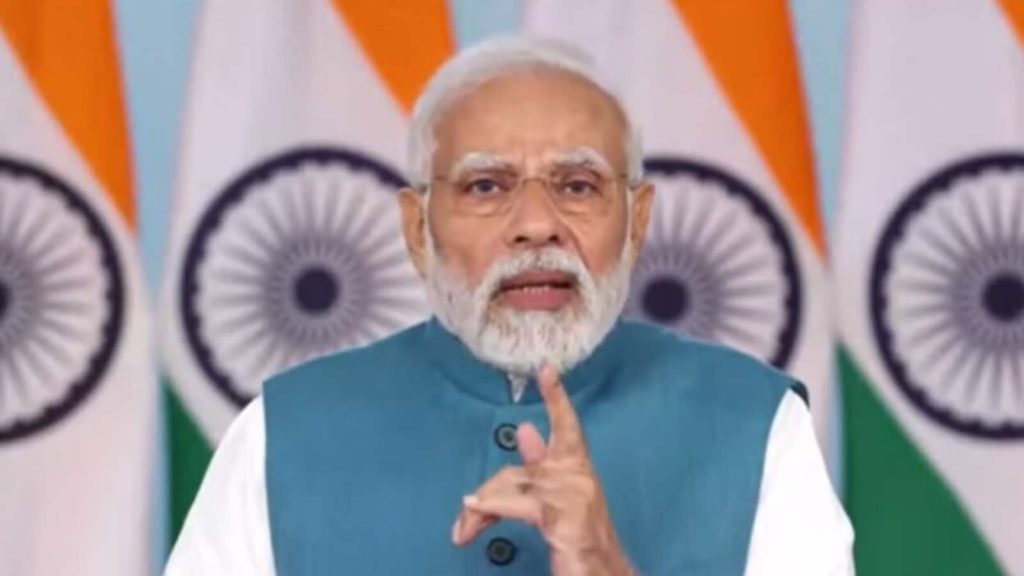 Except jabbing his jumlas and narrating his “man ki baat” that too once in a month, Narendra Modi is not known to be upfront in his expressions and usually refrains from conveying his thoughts and ideas to the people of the country. But whenever he speaks, his speeches are loaded with cyphers and constrictions.

Once again he has come out with a suggestion, purely a proposition by nature, of “One Nation, One Uniform” for police. The character and implication of his suggestion could be decrypted from the fact that he placed his ideas before the Chintan Shivir of states home ministers. Though he preferred safe passage by saying “I am not trying to impose it on the states” and his idea for police “may happen, may not happen today, may take 5, 50, or 100 years, but let’s give it a thought”, in a shuttle manner  he asked the states to get ready for changeover.

It is certainly not a coincidence that before Modi came out with the proposal, his close confidante Amit Shah has made bare his design to open offices of NIA in all the states by May 2024. The occasion where he came out with this revelation was inauguration of the Raipur branch office of the National Investigation Agency on Saturday. Speaking like a non-politician who depends more on the intelligence agencies to run the government, Shah declared that the government wanted NIA to become a federal crime investigation agency with offices in all states before the 2024 General Election, according to media reports.

Ever since its formation, NIA has been acting independently and precisely speaking in a domineering manner. Nobody musters courage to challenge its authority and diktats. Obviously in this backdrop there is no tangible reason to open NIA’s office in all the states. There is little doubt that this is a discrete design to turn the state police set ups dysfunctional and irrelevant.

Modi’s and Shah’s thrust on having one police has one common thread; both intend to turn the states subservient and turn them directorially poorer.. The states will be at the mercy of the Centre as is the case with Delhi. One fails to make out if the states continue to have their separate organisations. Modi’s, even Shah’s assertion that with introduction of one police concept the identity of the police across the country could be identical. Modi also said that it would lead to close cooperation among the states to tackle crimes and criminals.

Does he intend to say that in the present condition the states do not have effective cooperation? The unembellished fact is with the political situation turning hostile to serve his electoral interest Modi and Shah intend to have their own police which would be at their beck and call. Their hurry to implement their design put their intention under scanner. They could have waited till the 2024 Lok Sabha elections. They could have in fact made it an election agenda.

Policing has earned a bad reputation under the rule of the Modi government. How the functioning of the Delhi police which is directly under Shah has turned atrocious and anti-people, is even discussed and debated in the global forum. Recently the fact finding committee of the judges of the Supreme Court and High Courts unravels the truth that it has been communalised and has been resorting to brutal machinations to implicate minorities, especially the Muslims.

The move of Modi and Shah owes it root to their fear syndrome, their complex. They are scared that the state governments may use their police to foil the moves of the BJP and Modi government to force them to fall in line. It is a known fact that the unity move of the opposition parties has unnerved both the leaders. The defeat of their party in Bengal has been an example for them. They do not intend to risk their gains.

It is not that India has ushered into cooperative federalism after Narendra Modi ascended to the office of prime minister. It has been a centripetal force and the states have been performing their responsibilities enshrined in the Constitution. Of course he was absolutely right in saying; “state governments should review old laws and amend them to the current context for better coordinated action by all the agencies to meet the emerging challenges of law and order and security.” But this certainly does not require a separate all India police force.

One more observation that too made by the  Union law minister Kiren Rijiju ought to be  taken seriously in the backdrop of the Modi’s and Shah’s thrust to have one police across the country.  As law minister he has his right to express his opinion but to accuse the judiciary of not working in conformity to the spirit of the Constitution is simply an attempt to denigrate the judicial institution. Probably Rijiju desires to have a compliant judiciary. It is widely known fact and is even debated in the judicial circle that how the judges even of Supreme Court have been acting at the behest of the executive.

It is shocking to what extent the minister could stoop low for forcing the judiciary to follow their dictates. His observation at ‘Sabarmati Samvad’ organised by ‘Panchjanya’, a weekly owned by RSS that half of the time judges are “preoccupied” with deciding appointments, due to which their primary job of delivering justice “suffers”, is distasteful and obsessive.

Rijiju attributed his observation to the desires of the people of India. He said; “I am aware that the people of the country are not happy with the collegium system of appointment of judges. If we go by the spirit of the Constitution, appointing judges is the job of the government”. Obviously to know the desire of the people he must have gone for some kind of survey. Will he put the survey report in public domain for incisive and meaningful debate?  It is not tenable to say that since no country across the globe follows this practice, India should also do away with this. Instead of disrupting the system let the judges be judged by the people.

These developments provide an insight that Modi government intends to seize and control the functioning of the state and is working on the design to lead India to a presidential form of government. It was in this backdrop Bengal chief minister Mamata Banerjee speaking at the convocation ceremony of the West Bengal National University of Juridical Sciences (NUJS), in the presence of the CJI  U U Lalit, who is the chancellor of the university, urged the judiciary to ensure that the federal structure of the country remains intact. The proposal of Modi and Shah is nothing but purely an attempt to impair the federal structure of the Constitution. Their suggestions also underscored the fact that they do not intend to allow the law and order to continue as a state subject. Time is ripe for   the entire opposition    to come out in one voice against Prime Minister’s devious   move    to centralise   the police forces. (IPA Service)

BJP Is In Backfoot Over ‘Operation Lotus’ In KCR’s Telangana
Posting....