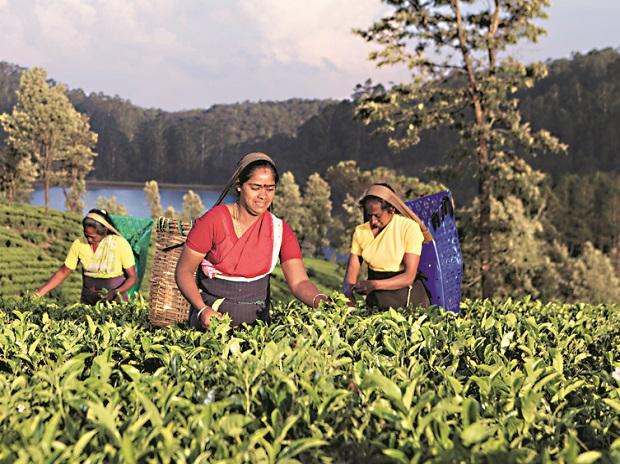 India’s annual tea exports, industry circles fear, may decline by around 15% because of the ongoing war in Ukraine. In addition to much reduced bulk purchases by Russia and Ukraine, present trends indicate that demand in the months ahead may fall in neighbouring CIS (Commonwealth of Independent Countries) areas  as well.

The negative impact will hit the Assam-based plantations the most, but units in North Bengal may report some losses as well. Generally the costlier varieties are exported from Assam to the E.Europe and the CIS region.

Indian Tea Association sources, according to Assam-based media reports, are worried that they have to handle a major surplus  in domestic supplies and sales as a result. This could lower the prices of different varieties at home providing marginal relief to consumers. However, a few smaller units may also close down, as the surplus of stock in the market may upset the harvesting schedule for leave plucking. There could also be a negative effect on overall profitability.

As things stand, there seems to be little chance of finding alternative markets for exports. During and after the Corona pandemic, purchases from India by Iran fell significantly, adding to the concerns of producers in India. Iran, hit hard by US economic sanctions, recently resorted to using barter arrangements with Sri Lanka, currently facing a financial meltdown —  sourcing tea from the island republic and sending oil in return.

The idea to step up sales in India’s immediate neighbourhood, in countries like Bangladesh and Nepal/Bhutan is under consideration.. In both Bangladesh and Nepal, tea is produced but of late local consumption is rising and Indian varieties are also sold to meet growing domestic demand.

Assam industry circles according to local media reports, annually sold around 45 mkgs to Russia and Ukraine during the last season — of which Russia accounted for 42 mkgs. As the war in Ukraine rolls into its second month, no one can guess accurately how much would these countries import in 2022.

During the last few years, North Bengal tea producers too have been exporting some of their produce to the East Europe/Russia/CIS regions. These sales accounted for around 20/25% of total tea exports from North Bengal districts.

Less of orthodox varieties are exported from this area in comparison with Assam and relatively lower priced CTC products, priced at around Rs 200 a kilo, are sent in bulk.

Tea Board stats showed that Russia imported 37.55 mkgs of Indian tea in 2020, as against 2.91 mkgs lifted by Ukraine. Kazakhstan also imported 9.31 mkgs. In 2019, the figures were slightly higher .Russia imported over 47 mkgs as against Ukraine’s 3.20 mkgs and 8.5 mkgs sold to Kazakhstan.

Broadly, ITA sources said the Russia, Ukraine and Kazakhstan region accounted for 17/18% of India’s total tea exports. In rupee terms the earnings were considerable — Rs 820 crore during Jan/Nov, in 2020 and  around Rs 715 crore during the corresponding period in 2021.

Finding new international buyers who could or would import such volumes of tea certainly poses major problems for the industry as a whole, according to trade circles. (IPA Service)