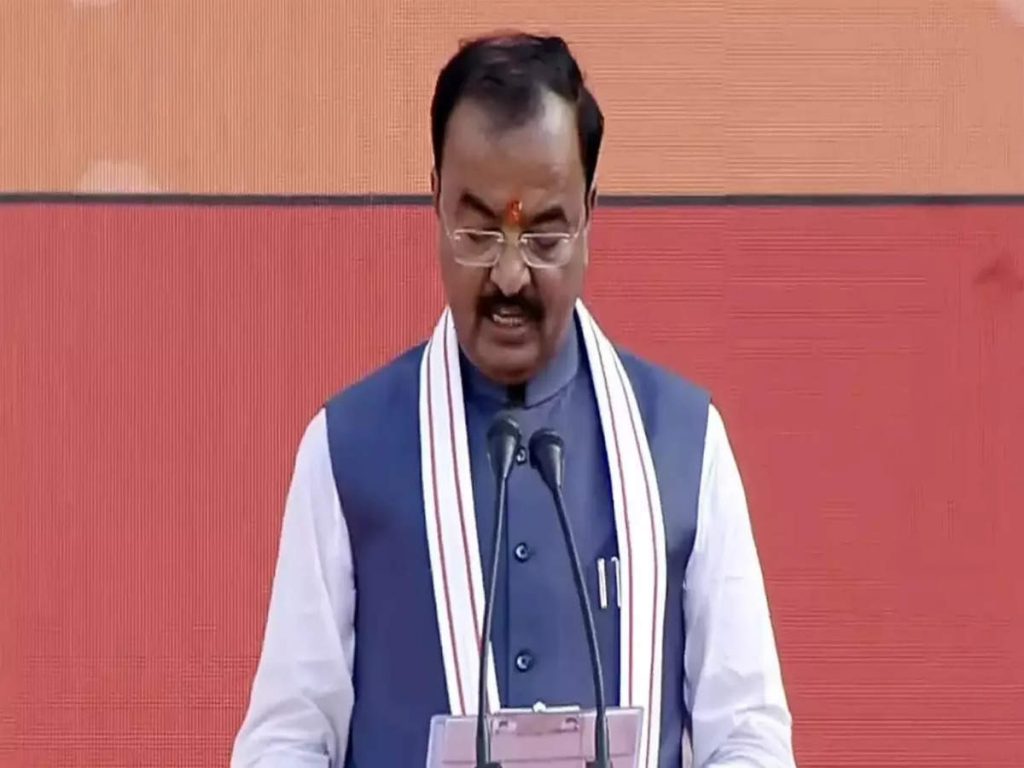 LUCKNOW: Enthused by the success in Uttar Pradesh assembly polls, BJP has already started working for 2024 Lok Sabha polls under the guidance of party high command. It would be worth mentioning here that soon after the Assembly results were announced PM Narendra Modi called upon party leaders and workers to start preparations for Lok Sabha polls, two years away.

Soon after taking oath, Deputy Chief Minister Keshav Prasad Maurya said that BJP would work to achieve target of 75 seats out of total 80 seats from UP in 2024 Lok Sabha polls. Maurya said that under the guidence of party high command Yogi government would implement welfare schemes in the state. In the next two years.

Deputy Chief Minister Keshav Prasad Maurya said that Lok Kalyan Sankalp Patra (manifesto) would be the roadmap for the development in the state. The social engineering in the ministry formation also made it clear that BJP was already making preparations for Lok Sabha polls! So much so the distribution of portfolios was also done by the party high command keeping the Lok Sabha polls in mind.

Significantly Chief Minister Yogi Adityanath announced that free rations and other schemes from centre and state would continue for another three months. BJP realised that distribution of free ration and other central and state benefits for poor section created a big section of labharties which voted for BJP. It would be very difficult for BJP now to stop free distribution of ration as it would adversely affect chances for party in forthcoming polls.

Keeping next Lok Sabha poll  in mind Chief Minister Yogi Adityanath announced creation of 10,000 jobs in government sector and generation of 50,000 jobs in self employment schemes in first 100 days of government. At the same Chief Minister Yogi Adityanath asked his ministers to convene meeting of their ministry officials and set agenda for first 100 days.

Chief Minister Yogi Adityanath also asked his ministers to hold press conferences regularly to brief media about work done for the welfare of people. BJP high command has all reasons to be happy when party won more than 30seats out of 36 that went to polls in UP Legislative Council.

BJP had already won nine seats unopposed and polling took place in remaining 27 seats. Since Congress and BSP opted out of these elections, there was direct fight between BJP and Samajwadi Party.

Taking these elections seriously the party high command had convened meeting of senior leaders including CM Yogi Adityanath in Delhi and strategy was formed to win the maximum seats in the elections.

There are indications that CM Yogi Adityanath will get important position in BJP leadership and would be made member of BJP Parliamentary Board. Yogi Adityanath is already a star campaigner for party who was sent to other states in previous Lok Sabha polls as well as state assembly polls.