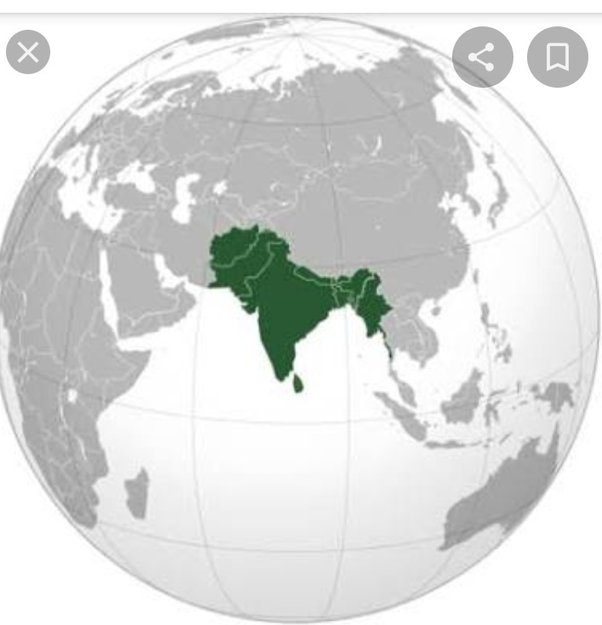 The RSS chief, Mohan Bhagwat, has spelt out the geographical contours of the proposed Hindu rashtra along with the warning that those opposing the Akhand Bharat concept will either be pushed aside or eliminated.

This is probably the first time that such an unequivocal admonition has been issued against those who do not share the Hindu outfit’s grandiose vision. Previously, only the overall plan was articulated without either any overt threat to possible opponents or a timeline for the completion of the project.

Now, not only is the Hindutva brotherhood’s approach to the issue marked by belligerence, but the period during which the project will be completed has also been clarified. It is being said by none other than the RSS chief that unlike the astrological prediction of an Akhand Bharat being formed within the next 25 years, he now expects that undivided India will be constituted in 8/10 years.

The speed of the project’s completion has been explained by his belief that India is currently like a vehicle with an accelerator but no brakes! The concept of a carriage with no brakes hurtling towards its goal may be exhibilirating for the supporters of the Sangh parivar, but terrifying for the others.

It is obvious that behind this near-apocalyptic vision is the conviction in the saffron camp that India is now more powerful than ever before, as defence minister Rajnath Singh reiterated recently with a veiled message to China not to mess with Narendra Modi’s “new” India.

The muscularity is also visible from the uninhibited use of bulldozers to demolish the properties of suspected Muslim rioters in various BJP-ruled states. Not surprisingly, the RSS chief has also said that while non-violence is par for the course, India must also carry a “big stick”.

In view of this no-nonsense attitude, the incorporation of India’s neighbouring countries under the Akhand Bharat’s umbrella is very much on the cards so far as the parivar is concerned. It is not only Pakistan-occupied Kashmir (PoK) which is sought to be assimilated in the proposed nation as those in the corridors of power keep on saying, but also Pakistan, Afghanistan, Bangladesh, Sri Lanka and others. How this massive amalgamation is to be carried out in the absence of a  war is unclear. But, unless all this is a day-dream intended to boost the BJP’s electoral prospects in the next round of elections in Gujarat, Himachal Pradesh and Karnataka, the implementation of the saffron lobby’a high-flying policy prescription may not be a smooth affair.

Much of what has been said has always been a part of the Hindutva brigade’s plans, including changing the Indian constitution for which a commission was set up by a reluctant Atal Behari Vajpayee government to bring the document in line with the parivar’s Hindu nationalistic ideals. Of all such wishes of the saffron group, it is only the construction of the Ram temple and the abrogation of Article 370 which have so far been achieved. But those successes, along with the recent electoral victories, seem to have persuaded the parivar to go for the next big item on its agenda – an Akhand Bharat which will include all the lands which were “ours” at the time of the Mahabharata.

How the Modi government will go about implementing the RSS’s fantasy is not known. History has seen many illusory and failed attempts to redraw maps such as Hitler’s lebensraum dream for a Greater Germany. The current endeavours of the Hindu Right’s favourite strong man among foreigners, Vladimir Putin, to convert Russia into another Soviet Union by taking over Ukraine belong to this category. The price to be paid in terms of the loss of lives and property doesn’t seem to bother the ambitious strong men.

Among India’s neighbours, China can also be said to be engaged in such ventures as its acquisition of Tibet and Hongkong, the casting of a baleful eye on Taiwan and the nibbling of India’s northern territories show. All such plans are driven by a desire to correct supposed historical wrongs or replicate past, usually imaginary, glory.

The RSS game plan is not unrelated to the parivar’s view that after a thousand years of slavery under Muslim and British rules, India is rising under the Modi dispensation to regain its rightful place in the subcontinent when the Hindus will reign as in the Vedic ages when, according to this school of thought, the non-Aryan Indus Valley Civilization was also a part of the Hindu/Vedic ecosystem. Needless to say, an Akhand Bharat ranging from Afghanistan to Sri Lanka is seen as a part of this system.

Just as the basis of this idea is nebulous with no solid grounding in history, the proposed expansionary outlook is a mirage which will recede into the background as time passes. (IPA Service)