RSS And VHP Have Globalised The Politics Of Hate And Bigotry 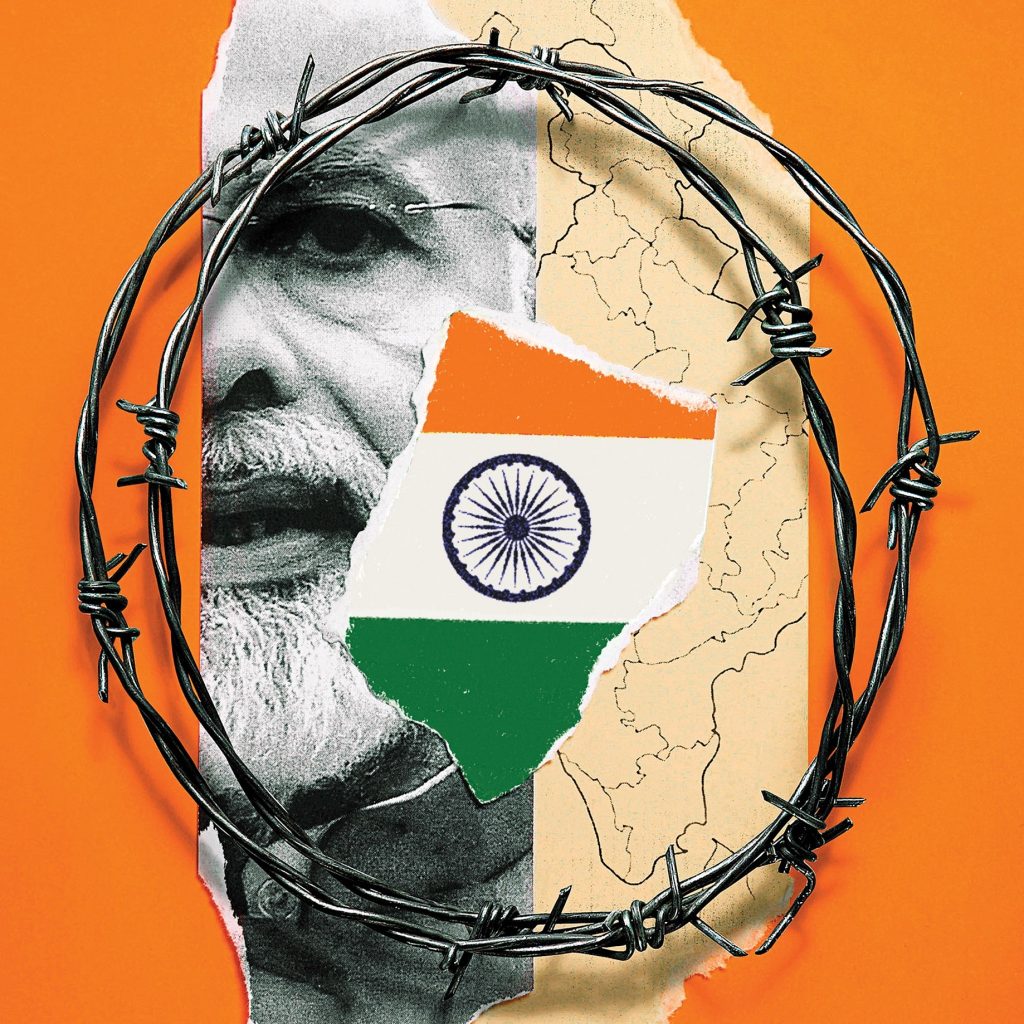 The Rashtriya Swayamsevak Sangh (RSS) and Narendra Modi government have globalised the hate politics and divisiveness. The two evils which have been, after Narendra Modi becoming the prime minister, dictating the political discourse in India have made their way to the international arena.  This is clearly manifest in the incidents that took place barely a fortnight back in Leicester (UK) and New Jersey (USA). These two places are quite apart, but the impact of the globalisation of vices has been akin. A look at the chemistry of the incidents underline that the cocktail of hate and bigotry is more lethal and dangerous than they have been in India.

The Communal Virus that has been injected into Diaspora has a direct impact on their mixed culture; half anglicised and half Indian. For these people economic crisis that has been staring at the face of a common native Indian, does not have its impact in their daily lives. They migrated to the foreign countries in search of green pasture. It is really surprising that even after enjoying a cosy life style better than the life of a native Indian, they preferred to subscribe to the vices. This raises many questions; does religion prevail over economy? Politics is subservient to the religion? Why has Indian diaspora been communalised? What has been the mechanism of the RSS to arouse the communal passion of the diaspora people?

The happenings may appear to have temporary bearing. But nursing such nature of notion would be not less than committing hara-kiri. These two incidents are indicative of the fact that the vices have spread in different countries. They are simply waiting for the right opportunity to raise their heads. Rightist shift in the mind set and choice of the political forces that represent it has been a recent phenomenon, not more than five years. The Indians who favoured centrist or leftist political parties, like Labour, have shown the tendency to incline towards Conservatives. The intensity of Islamophobia on the Indian diaspora was evident from their initiative to finance the election campaign of Donald Trump, in 2016, or how his anti-Muslim immigration restrictions were celebrated by fringe Hindu extremist groups in India. In UK too they celebrated the triumph of Liz over  Sunak in prime ministerial election.

Undeniably intensification of saffron violence against minorities and Muslims and carrying out of lynching in India have reflected on  international platform, with incidents of violence and divisiveness brazenly taking place on the streets of Leicester and New Jersey. What worries most is this development has been taking place coinciding with the invasion of the Rightist politics across the globe. Almost all the countries are facing the treat of Rightist invasion.  Under the impact of the Rightist politics and thought the world is witnessing a growing pattern of intolerance and polarisation.

Notwithstanding the violence that took place in Leicester owed to India winning its cricket match against Pakistan. But certainly this has not been such a major issue which should have provoked the people to come to the streets armed.  In Leicester, reports suggest that members of the RSS have been active in raising the temperature. It is indeed disgusting to watch that sectarian and hate-fuelled divisions have grabbed control of world.

Nonetheless an insight into diaspora turning to Hindutva politics is part of a greater design to muster global support and also to act like a deterrent to any international effort to protest and foil the attempt of the RSS and Modi government to convert India into a Hindu Rashtra. The RSS and BJP nurse apprehension that the transition would not be a smooth affair and there is imperative need to drum up support at global level in the favour of its mission. The RSS and BJP need a caucus at international level to muster support. The emergence of the groups championing Hindutva ought to see in that perspective.

It is a known fact that RSS survives on feeding misinformation. Obviously it played a major role in wafting the communal flames in Leicester. It is unfortunate that people of India or Pakistan do not take the game of hockey or cricket in the proper spirit of sport. The game raises religious or nationalist passion amongst the supporters of Pakistan and India. The nature and content of the violence that took place post Indian victory on Pakistan at Birmingham, in Leicester has caused shock and outrage basically for the reason that the religious extremists elements of both the countries used the occasion to spread the element of hatred amongst the people for promoting the cause of their political masters. Using misinformation online has been their proven mechanism. They have been using this tactics in India ever since Modi government came to power.

It is again a misnomer that all Hindus residing in UK are Indians. Leicester is a city in the east Midlands with a large South Asian population. The religious demography of Leicester is made up of roughly equal numbers of Muslims and Hindus. Twenty per cent of the city’s population is estimated to be Muslim while its Hindu population is two or three percentage points behind. A large number of Hindus and Muslims residing in Leicester consists of Hindus and Muslims who were expelled from Uganda and Kenya in the course of a decade after 1968. These were predominantly Gujarati trading communities of both faiths which had lived in East Africa for generations before being purged by Idi Amin’s bigotry.

The incidents of violence in Leicester and New Jersey point to the fact the society of the Indians living abroad, known as ‘model minority’ has developed cracks and fissures. It is not that clashes between the Hindus and Muslims did not take place in the past. But the nature and character was quite different. This was for the first time the national identities were on stake. The Leicester violence has shocked the locals, who say that it was always a peaceful town, where Hindus and Muslims lived side by side.

NRIs and PIOs have long been fertile ground for the Sangh.  Modi has turned out to be star, who embodies their future. Basically this has been reason that they were attracted to the slogan of Hindutva and Jai Sri Ram, which reverberated the recent clashes. Apprehensions are being expressed that the violence in Leicester is likely the beginning of more such tensions in other parts of Britain. The signals are pretty bad for the secular Indians in United Kingdom. (IPA Service)