Murder Of Rupali In Mumbai Poses Serious Questions About Fundamentalists 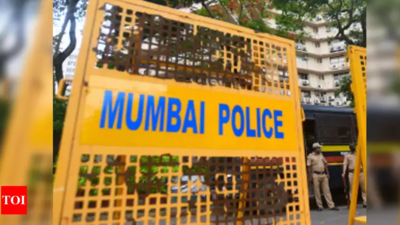 India and Iran have different political systems, but when it comes to the hijab the two aren’t different. This is seen in the context of certain laws of the Islamic Republic of Iran’s sharia-based Constitution which appear to be knocking on the doors of the so-called secular Republic of India. Especially, those which govern how women should dress and behave under the male gaze, and when stepping outdoors in the full glare of the sun, and the neon.

All of us know that Iranian women are currently waging a death-defying war against Iran’s strict hijab laws, which say that any woman/girl found without the hijab—or inappropriately-worn hijab—outdoors would face the worst treatment meted out in an Islamic republic including being shot six or more times in the face and neck.

Which is what happened to a 20-year-old Iranian girl who loved dancing with her hair loose. All that remains of Hadis Najafi of Karak City today are framed photographs and a clutch of mourning women relatives. Najafi’s male kin aren’t to be seen. Maybe one of them is a member of Iran’s ‘Hijab Police’.

So far, India doesn’t have ‘hijab police’…so far! But left to the courts and political parties of a certain bent nothing is beyond the pale. As for the ‘hijab police’, there would be no need for such an outfit as long as there are the ‘hijab enforcers’ with the civilian badge to enforce and punish at will.

For example, in the wee hours September 27, Mohammad Iqbal Shaikh slit Rupali Chandanhive’s throat in a Mumbai alley because Rupali refused the burqa and walked outdoors asking for a divorce. One more interfaith marriage curtailed, and cut short, because the “secular” Special Marriage Act 1954 has no takers among the fundamentalists of India who would rather make do with ‘nikah’ and ‘arya samaj shaadi’.

Rupali alias Zara not only married Iqbal Shaikh but also got Islam in the bargain. Kashmiri journalist Majid Hydari refused to call her Rupali, insisting she was “Zara, and Zara had no other option but to wear the burqa”. Hydari and his ilk very conveniently dropped the woman’s “right to choose/right to wear the hijab or not wear the hijab” from their lexicon when it came to Rupali’s right.

The Supreme Court which was hearing the hijab case after Karnataka’s hijab-schoolgirls took their objection to the Karnataka high court ruling to the top court for redressal has reserved its judgment in the case, leaving both pro and con in limbo. That said the fear of rejection is more in the anti-hijabi because the “ecosystem” is against them as also the growing belief that the Islamic God rules the roost.

Rupali Chandanshive fell for the oldest trick on the planet—love! But anything that blossoms is destined to fade and it does not take long for the first flush of love and acceptance to be replaced by withering differences. Trapped in the confines of a culture at odds, the Marathi-speaking Rupali with set Hindu-ways couldn’t be ‘Zara the Muslim’ for long, something which Iqbal Shaikh refused to condone.

Like it or not, it has been proved more than once, and in more than one context, that Pakistan’s founder Muhammad Ali Jinnah wasn’t making empty noise when he insisted Hindu and Muslim were irreconcilable. Also, like Hydari said, Rupali had no option but to become Zara in the entirety.

The whole thing about “Hijab is a woman’s choice” is hogwash. Even in India, Muslim women have no option but to wear the hijab if the male in the family orders them to. There are too many Hydaris to battle, leave aside the fact that the mindset is a 1000-times more difficult to fight and win.

In Islamic Republic Iran it would be a no contest, even before the games began. In Iran, “hijab is a woman’s choice” wouldn’t get past the courthouse gate forget the courtroom door. The killings (41 killed and counting) of Mahsa Amini, Mahsa Mogol and Hadis Najafi can be pinned on “born in the wrong country”, but the same cannot be said for Rupali Chandanshive?

Concepts and practices like ‘Sar Tan Se Juda’, and ‘Hijab or death’, are not only alien to the majority of Indians, but they also do not fill in the gaps in a secular nation. India cannot be like Iran by any stretch of the imagination except in the fevered imagination of an Islamist. Nobody, not even the Supreme Court, should have the right to leave India to the mercy of the obscure laws of the obscurant. (IPA Service)

Oil Prices Below Level Before Ukraine War, But No Solace For Consumers
Posting....