Rising Unemployment Is Being Ignored By The Modi Govt 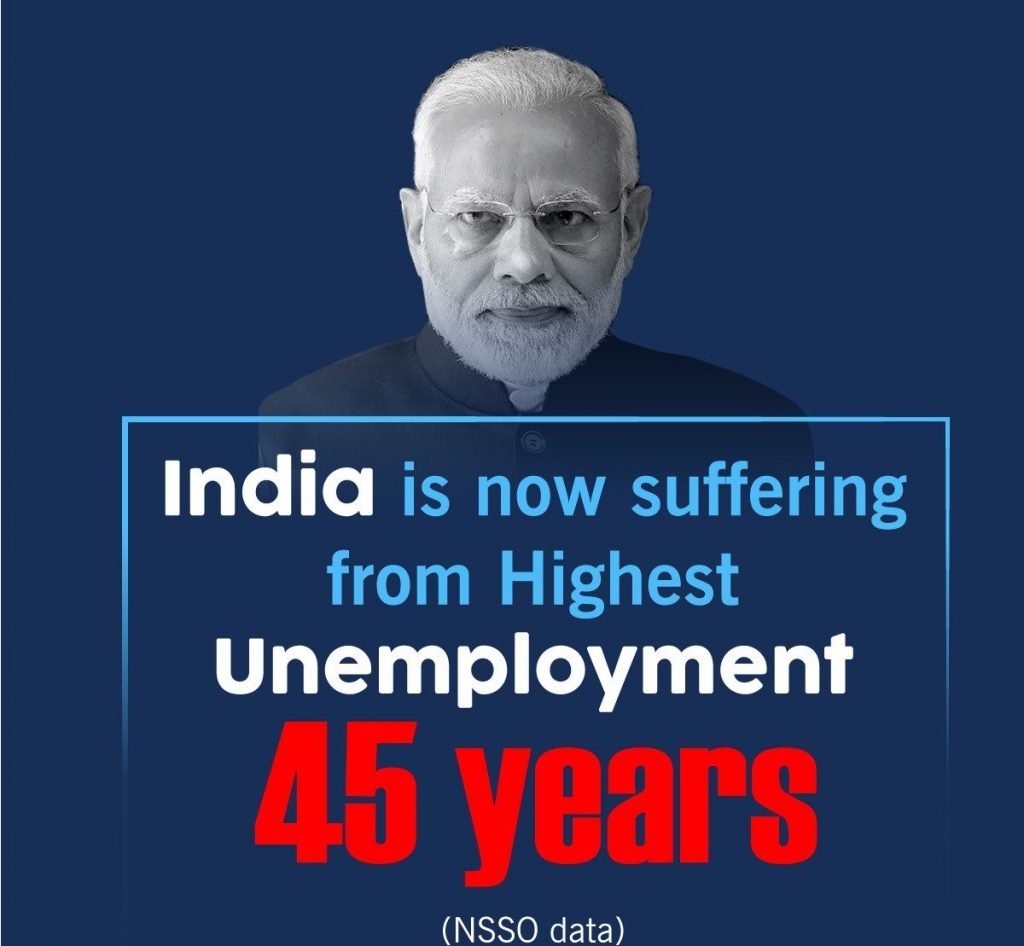 In such a frustrating situation, about 6.6 million people just moved out of the job market in January 2022 because they were too disappointed to search for a job. The real reason was that there were no jobs in the market. However, their going out from the job market created a false rosy picture of unemployment rate that fell from 7.91 per cent in December 2021 to 6.57 per cent in January 2022, because the frustrated unemployed going out of job market were no longer counted as unemployed, as per the system of counting jobless people. Unemployed people cease to be counted as such if they stop searching for a job, whatsoever may be their reason.

Rise in rural joblessness to a 251 basis points (bps) pushed up the rural unemployment rate to 8.35 per cent in February, which is worst in the last eight months, according to the CMIE data. The time of such a rise in unemployment in rural areas should be a matter of great concern because kharif season is just ending and rabi season is in progress during which the rural folks should have found jobs in agricultural activities. However, a large number of rural people count neither get jobs in agricultural activities or other non-farm sectors, nor in the rural job guarantee scheme MNREGA due to lack of funds in several states. The situation seems to be even worse in coming days because the Union Budget 2022-23 has cut the MNREGA fund by 25 per cent at a time where there was still demand for jobs.

Marginal improvement in employment in urban areas was due to opening up of the urban activities. It has marginally improved the unemployment rate to 7.55 per cent which is lower than 8.16 per cent in January 2022, but is still higher than 7.27 per cent a year ago, or even than 7.37 per cent in October 2021. Moreover, this marginal improvement from last month is not able to generate great hope because, fluctuations continue and the conditions have again started worsening since February 28 when it was 7.5 per cent.

The employment rate position remained weak in February despite business confidence has strengthened in February. While the rate of expansion quickened in both manufacturing and services, the overall degree of optimism seems to be muted, ie not reflected in substantial improvement in employment opportunities in urban areas. On the other hand job opportunities in rural areas have substantially eroded.

The latest IHS Markit report has said that India’s services sector output increased to 51.8 from 51.5 in January, and the composite PMI output rose 53.5 in February from 53 per cent in January, but it is nonetheless below its long-run average. Growth in service sector has failed to rebound as meaningfully as was expected, and new business and services activity expanded only at the second-slowest rate since last July. The report though mentions about an uptick in business sentiment, it pointed out job shedding too in both manufacturing and services economies, and decline in private sector employment.

Nitish Dismisses Buzz About His Candidature For President
Posting....