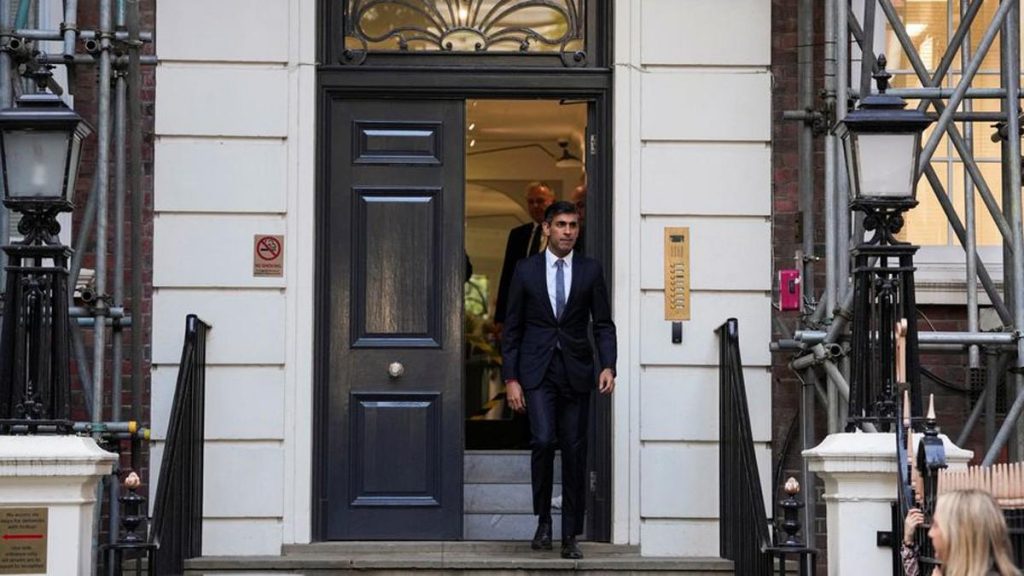 Boris Johnson is known for his excellent manoeuvring political skill. His rusticity has added to his charisma and this has been primarily the reason that Britons entrusted him to task to lead their country. Obviously the person who has put lot of efforts to build his image over the years would not like to be smeared by his incompetence to handle the present economic crisis that grips Britain. Apparently his announcement that he would not be contesting the Conservative Party leadership race did not come as surprise.

His determination not to allow Rishi Sunak to walk into the prime minister’s house is an open secret. He had earlier used his might to ensure the victory of Liz Truss. If the sources are to be believed Truss had resigned after getting the consent of Johnson. It was only his resolve to foil the move of Sunak to occupy the office of the prime minister that as a manifestation of sheer desperation, Boris only four days back had come back from a Caribbean holiday to make a fresh bid for the job.

But after landing in London Boris had come to realise the proclivity of the crisis. It was after the evaluation of the nature of the catastrophe that at the advice of his close aides he decided against putting his head on the altar. His lack of economic acumen and inability to salvage the situation reigned his decision. Instead of throwing his hat in the ring, he preferred Sunak as the sacrificial goat. It is beyond comprehension, indeed shocking, that a politician claiming to have the support of more than 100 MPs would push away the office of prime minister. But Boris did it. The primary reason has been  he did not intend to lose his image and charisma  by again failing to deal with the  mounting econo0mi9c woes of Britain.

Winning the 2024 general election would naturally have been his main moral responsibility. Boris is aware that it would not be possible for him to salvage the situation before 2024. His failure would simply eclipse his image and charisma.  It would be wrong to construe that he has no lust for power. Basically it was his insatiable greed for power that he rushed to London for becoming the prime minister once again. But it was the seriousness of the economic crisis that made him retreat. Yet another major factor that made him withdraw from the contest was the refusal of large number of Tory law makers to extend their support to him and endorse his candidature.

The Tory lawmakers knew from the very beginning, the day Boris resigned, that he was not fit the job. This was the reason that they had rallied behind Sunak against Truss. The mishandling of the economic disaster by Liz Truss  further strengthened their belief that none else but only Sunak can bell the country out of the economic tragedy that has befallen.

Sources also maintain that notwithstanding Boris claim of mustering support of more than 100 MPs, the reality remains that the number of his MP supporters did not cross the hundred mark. The sources claim Boris had the backing of around 59 Tory MPs, including some high-profile cabinet members. On the contrary Sunak, leads the nominations among Tory MPs with around 144 supporters, and Penny Mordaunt with around 23.

It is interesting to watch the predictions of bookmakers’. Though everyone was sure that Boris would allow Sunak to enter into PM office, Sunak has been the bookmakers’ favourite. The mood in favour of Sunak was set by the corporate sector. The business and Corporate sectors were feeling fidgety at the inability of the Conservative leadership. They were in a piquant situation.  Some of them favoured the Labour leadership, they were not sure that a new government under the Labour would be able to face the economic challenges. The not too aggressive approach of Keir Starmer towards the catastrophe and his inability to come out with comprehensive alternative economic model has simply disillusioned the business and corporate sectors.

Though the Labour has demanded holding of fresh general election, it did not get wide response. A feeling grips the psyche of the people that fresh election would further aggravate the economic crisis. With British economy already struggling, the possibility of steep price increase might force many in the country to choose between food and heating this winter, looms menacingly.

Sunak, who won Tory leadership contest on Monday, is poised to walk into 10 Downing Street after an audience with King Charles III on Tuesday.  Sunak himself admitted: “The UK is a great country, but there is no doubt we face a profound economic challenge. We now need stability and unity and I will make it my utmost priority to bring our party and our country together; because that is the only way we will overcome the challenges we face and build a better, more prosperous future for our children and our grandchildren”.

He also promised; “There will be integrity, professionalism and accountability at every level of the government I lead and I will work day in and day out to get the job done. I am asking you for the opportunity to help fix our problems. To lead our party and country forward towards the next general election, confident in our record, firm in our convictions and ready to lead again.”

Though Sunak had faced racism during his race to the top, one thing is clear that his rise to the top post underlines much has changed in Britain. It is worth recalling that in 1968 Enoch Powell made his famous “Rivers of Blood” speech, which denounced immigration. Again as recent as in 1989, cabinet minister Norman Tebbit suggested a ‘loyalty test’ under which immigrants should be asked which cricket team they supported: England or India/Pakistan. Tebbit himself admits those days are now long gone. Significantly in his vision statement, the former finance minister highlighted his track record of serving in the Cabinet, helping to steer the economy through the toughest of times with the COVID pandemic. (IPA Service}

Indians Have To Be Prepared For Large Scale Job Cuts In Coming Days
Posting....