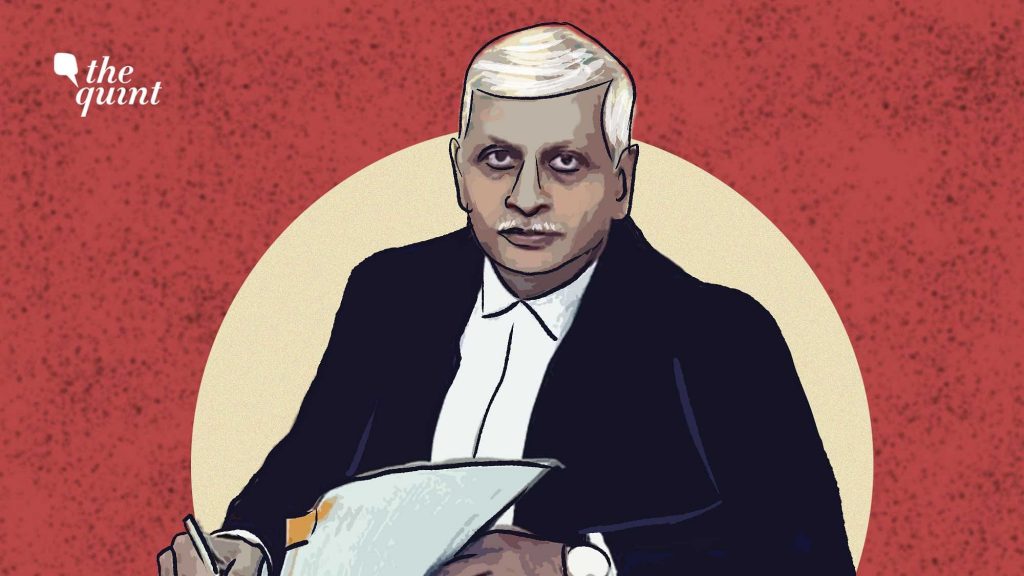 As we speak of a new Chief Justice of India (‘CJI’) being sworn-in, much has been written and said about the former CJI Uday Umesh Lalit. It is difficult, if not impossible, to add anything new to the wealth of literature available on the subject. Yet, it must be said: Justice Lalit came with legacy.

Justice Lalit’s grandfather, Ranganath Lalit was a prominent practising lawyer in Solapur, a town in Maharashtra which, to this day, is renowned for its enterprise and textile industry. His father, Umesh Lalit was a judge of the Bombay High Court, who resigned during the Emergency, in protest against his transfer during his brief tenure. He was one of the founding members of the Akhil Bharatiya Adhivakta Parishad, an organisation of lawyers associated with the right-wing, Hindu nationalist volunteer organisation, the Rashtriya Swayamsevak Sangh.

Naturally, when Justice Lalit assumed the office of the CJI, there were fears about his own loyalties to the ruling dispensation. They were allayed as he displayed his independence from his former clients, which included the present Union Home Minister, Amit Shah.

His judicial philosophy was best expressed in his approach to bail. He granted bail to high profile undertrials including poet, activist and teacher Dr. P. Varavara Rao, civil rights activist and journalist Teesta Setalvad and journalist Siddique Kappan, who were languishing in jail. Kappan, though, continues to suffer incarceration because of denial of bail in the Enforcement Directorate case against him by a Prevention of Money Laundering Act Court, his appeal against which was not placed before or heard by ex-CJI Lalit.

Given Justice Lalit’s brief tenure, he chose to leave a legacy on the administrative side by setting up more than one Constitution Bench and clearing arrears to the extent possible.

What endeared him to the Bar was that he was one of them, opening up for this generation of lawyers a dream to chase if appointed to the Bench at a young age to become the CJI rather than continue indefinitely as a practising lawyer. After him, the next directly-appointed advocate to become CJI, if all goes well, will be Justice P.S. Narasimha.

Beginning his career in Delhi, in the chambers of late senior advocate and jurist Soli Sorabjee, he could not have gone wrong. From then on, he got all the right breaks. Assisting senior advocate Harish Salve as amicus in T.N. Godavarman Thirumulpad versus Union of India (1995) at the Supreme Court, he rose to prominence and acquired a public profile. He was often seen at judicial seminars as a resource person – a sure road to success.

Justice Lalit’s appointment as special public prosecutor in the 2G case by the Supreme Court recognised his expertise in criminal law. In hindsight, one may say he was the chosen one.

For me personally, what stands out most was his demeanour as a judge, indeed reflecting his human qualities. Polite to a fault, I never saw him lose his temper even with those who deserve a mouthful. It was always a pleasure appearing in his court.

He tried his best to achieve closure in the senior designation matter; nevertheless, he had no option but to refer the on-going controversy to a larger bench of three judges. Regardless, the process, which was in cold storage in the Supreme Court, was kick-started under his tenure and will soon be complete.

How and why was the challenge to the judgement of the Bombay High Court discharging scholar, writer and human rights activisit Dr. G.N. Saibaba and six others in an alleged Maoist links case listed on a Saturday? That weekend, in fact, CJI Lalit was travelling to Solapur and hence I had my doubts as to who constituted the bench. On Friday that week, Justice Dr. D.Y. Chandrachud had already said that there was no hurry and the CJI could be approached for listing of the matter on any urgent ground. Naturally, therefore, the decision to list on a Saturday was that of the master of the roster.

Moving on to the constitution of the bench, the division bench comprising Justices M.R. Shah and Bela M. Trivedi, which heard the appeal against the Bombay high court’s judgement, was not a bench which was in session ordinarily.

Folklore has it that during a weekend, few judges are available in Delhi. Given the unprecedented order of suspension of an order setting the accused at liberty, this matter remains an unresolved mystery. Given Justice Lalit’s reputation of being transparent, an explanation could have been in order. Since there can be as many approaches to a case as there are judges in the court, this was a conscious choice. But why? The answer will be blowing in the wind till we get one from former CJI Lalit.

The stay of the Bombay High Court’s order discharging Dr. Saibaba has brought the reputation of the Supreme Court down and resulted in a loss of confidence in the court.

It is childish to pretend that judges have no political philosophy, overt or covert. The polarisation among them reflects in which petitions the court chooses to entertain on a daily basis and from the profile of the petitioners. In a situation of this kind, it is imperative for the CJI to demonstrate neutrality and commitment to the Constitution. The court awaits reform in this respect.

The most frightening debate during his tenure was the dog whistle often made by the then Attorney General for India, K.K.Venugopal, that the age of retirement of Supreme Court judges should be extended. That could well have happened, especially since CJI Lalit had a tenure of only 74 days. Thankfully, it did not happen, paving the way for Justice Dr. Chandrachud to fulfil his legitimate expectation of being elevated as the 50th CJI.

Yet, I believe that given the majoritarian basis of the politics of this country, every CJI must feel insecure, sadly so, despite constitutional guarantees of a secure tenure. Watching the swearing-in of Chief Justice Dr. Chandrachud on Wednesday morning, I was impressed by the smooth transition of power, where the old order changed giving way to the new. There was no Trump-like effort to allege the stealing of constitutional office.

But for how long? Given the Union Law Minister Kiren Rijiju’s lament that the power to appoint judges has been hijacked by the judiciary, we are most likely going to see a move to shift this power back to the Executive. It is then that the Bar and the Bench will be truly tested.

The wish list from CJI Dr. Chandrachud is long and lengthy. But above all, I look forward to seeing a commitment to liberty, a restoration of eroded secular values, and a check on majoritarianism and an anti-Constitutional concentration of power in the hands of the Executive. (IPA Service)