Republicans Are Making Full Use Of Religion Defying U.S. Constitution 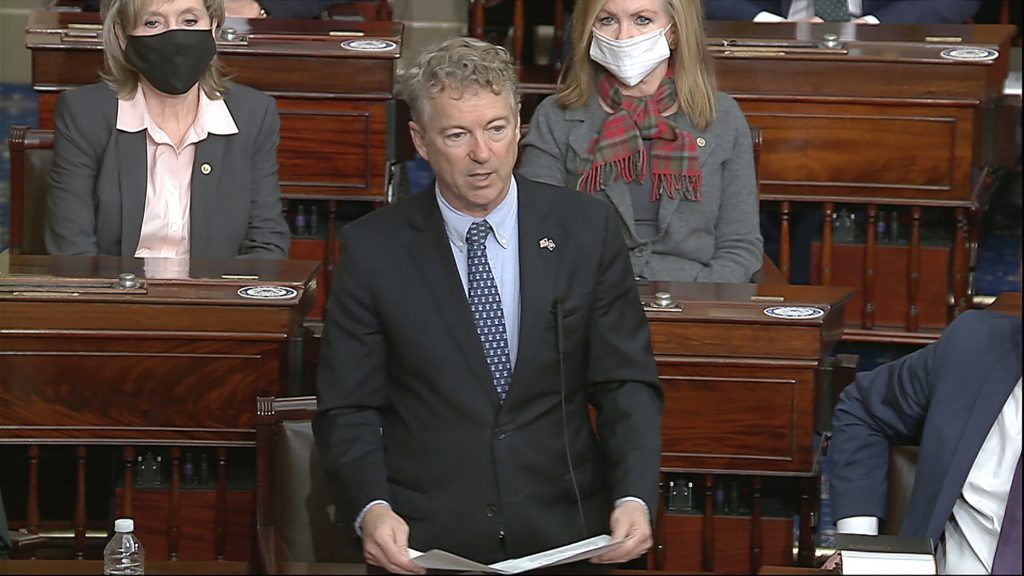 BOSTON: The American constitution in its 1st amendment adheres the principle of separation of Church and the State. It says “Congress shall make no law respecting an establishment of religion or prohibiting the free exercise there off.” The delegates to the 17 87 Constitutional Convention blocked the establishment of Christianity as a national religion. The declaration that India is a secular state in Indian Constitution drafted by the Indian Constituent Assembly was a direct fallout of the 1st amendment of US constitution.

But since its inception America couldn’t keep religion out of politics. In the election of 1880, Federalist clergymen of the south charged that deist Thomas Jefferson was unfit to lead a Christian nation, which was a direct challenge to the concept of the 1st amendment. (It should be mentioned in this connection that president such as Thomas Jefferson, Andrew Johnson, Abraham Lincoln we’re atheists, though they publicly didn’t declare it.

Christians have a overwhelming majority in America.2020 census of American religion carried out between 2014 and 2020. It that about 65% to 70% are Christian .Protestants at 40% outnumber other Christian doctrines; Roman Catholics at. 21%, Mormons at 2% and religiously unaffiliated persons at 29% .The unaffiliated also called ‘Nones’ (atheist, agonistics) are growing in numbers day by day.

But as Christianity’s hold, in particular among millennials (those who born between 1981 and 1996) and younger people weakened, ideological intensity and fragmentation have arisen. It just that what was once religious belief has now been channeled into political beliefs .As religion recedes as a force in American public life, it is becoming easier for political movements like the GOP under Donald Trump to co-opt faith for their own purpose. Conservatives believe that they are faithful to American idea, which means American dogmatic Christian beliefs and that Liberals are betraying.

Protestants, especially under Evangelist churches remain at the centre of religious intervention in American politics. For 40 years, since Ronald Regan’s time, conservative Christians were eager but still hesitant to directly penetrate to the pro- rich, anti- civil right political party i.e Republican Party .But that changed on Jan 20 , ,2021 . On that day, on the pretence of Trump’s false claim that the election was stolen by the Democrats, without any evidence, thousands of protesters, many with ties with conservative beliefs, invaded the Capitol. Christian language and imagery were evident in that insurrection .Though their attempt was unsuccessful, the incident reminds me of the demolition of Babri Masjid in Ayodhya by a group of religious bigots to achieve their political goal. Following years proved them to be successful to achieve their goal.

The alliance between Republican Party under Trump and the religious Rights has in many ways, realized the founders of the constitution’s fear of religious-political coalitions to become possible.

But the religious Right’s capitulations to Trumpism was always much more about the politics of race and nationalism than authentic religious faith. Trump was never a faithful Christian, he seldom went to church, he had not read Bible. He photoposed in front of a church in Washington DC holding a Bible upside down in his hand. Trump couldn’t care less about religion because it supposedly helps him get what he wants. Most astonishingly, through constant lies and propaganda, he was able to rally most of the evangelists in his favour. He has become a ‘cult’ to the religious Rights. So much so that some Republican congressmen described him as an angel sent by God to wipe out the ‘Devil’s preachers’ I.e the Democrats. That’s why many conservatives find solace in conspiracy cults such as QAnon and their theories that tell a religious story of earthly corruptions redeemed by a God like force, which is Donald Trump.

Some of the evangelists were opposed to Trumpism, but could not stay in their position .Their leader Rev. Russell Moore, head of the Southern Baptist convention’s Ethics and Liberty Commission was finally forced out of his post and silenced by Trump supporters.

About a quarter of Americans are Roman Catholics. In   general they are anti abortion, but are not supportive of Trump as strongly as evangelists. In short, there is a dilemma among them on issues like immigration, climate, economics and peace. Moreover, Trump’s moral character, his continuing lies and behavior are not liked by many Catholics.

Democrats, in general are not religiously oriented towards politics as the Republicans. President Biden is a devout catholic but it is a personal belief and does not interfere in his politics. A survey by Pew Research Centre found that about 54% adult believe the Republican Party to be friendly towards religion, 19% believe Democrats to be so. Democrats as a party didn’t and couldn’t use religion to achieve their political support.

That religion could be used positively and ethically to garner support to a socio-political movement was first shown by Rev Martin Luther King Jr ,a follower of M.K. Gandhi’s ‘Ahimsa'(non violent) movement, in 1960s. The Civil Rights movement (1954 to 1968) was perhaps the most effective religious intervention in politics in US history. Martin Luther Jr. did not belong to any party, he was an independent .But he voted for Lyndon B Johnson, a democrat president in 1964.  His experiment was a rare case. Religion at recent times is being used in America to achieve political goals by Trumpist Republicans in a heinous way. Their constant tirade against abortion rights and LGBTQ communities are examples of their intentions. They passed strict anti- abortion and anti-LGBTQ laws to satiate the religious dogma of the large populace there.

It has gone so far that many evangelists see Russia as the savior and inspiration of Christian beliefs. A significant subset of evangelists see Russian Orthodox Church as protector of faith. Russia’s (under Putin) spate on anti LGTQ laws has become a model for some anti-trans and anti-gay legislation in the US. In February this year Evangelist leader Franklin Graham called on his followers to pray for Putin.

Religion, to the Republicans, has become a political tool to achieve political power. Instead of any solid economic / political agenda, they are presenting a cocktail of Religion, Racism and pseudo nationalism through relentless false propaganda and lies. In India RSS and BJP were able   to use religion   successfully to  achieve political power .We have to wait to see whether it could happen also in America in near future. (IPA Service)

Basavraj Bommai Is An Unusual Chief Minister In Karnataka With Socialist Past
Posting....