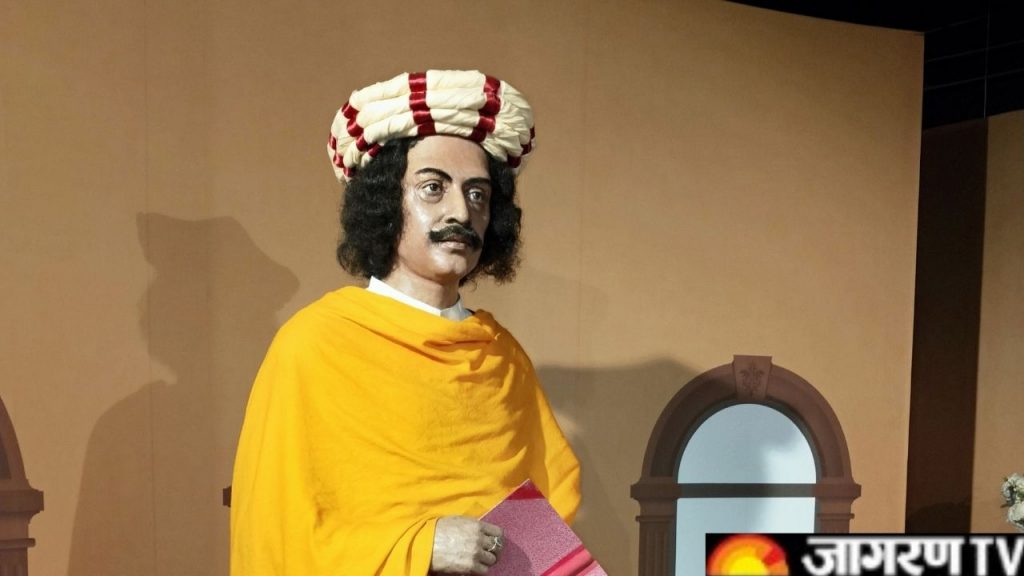 As India observes the 250th birth anniversary of Rammohan Roy, one of the earliest and greatest campaigners for modern India, on May 22, 2022, we are faced with one of history’s cruel ironies. The incumbent regime is pushing 21st century India into revenge-fuelled mass violence by distorting history and using the perceived wrongs committed by the Mughal dynasty that ruled India some three centuries ago. This paradoxical backdrop should help us appreciate the true significance of the battle that Rammohan and his contemporary reformers had to wage in the early nineteenth century to popularise the vision of a modern India in the face of aggressive colonial rule on one hand and fierce social and ideological resistance from within India on the other.

Rammohan was born in 1772, fifteen years after the East India Company had grabbed Bengal by defeating NawabSiraj-ud-Daulah in the battle of Palashi and consolidated its control over the whole of India. In the words of Rabindranath ‘the trader’s scales had turned into the ruler’s scepter’. During the first forty years of his life, Rammohan mastered the scriptures and key texts of all major religions, often reading them in their original languages as he was a polyglot with excellent command over a range of languages including Sanskrit, Arabic and Persian, to English, Latin and Greek. He also worked as a revenue official for the East India Company before giving up his job and settling in Kolkata in 1815 to focus on his writing and organising work.

Rammohan is best remembered for his historic contribution to the abolition of Sati, the so-called ‘voluntary’ act of self-immolation of Hindu widows which was in fact an act of religiously sanctioned lynching of women on the expiry of their husbands. With polygamy being a common practice in those days, it could even mean simultaneous sacrifice of several women. Rammohan had seen it first-hand in his own family when his sister-in-law became a victim of this abhorrent custom. His spirited, bold and persuasive campaign for the abolition of this system, through a series of articles on the pages of Sambad Kaumudi, the Bengali weekly paper launched by Rammohan primarily for this purpose, eventually forced Governor-General William Bentinck to outlaw the Sati system in 1829.

The abolition of Sati was the first historic legal step in support of the rights of Hindu women, the importance of which could only be compared to the subsequent Widow Remarriage Act of 1856 pushed by Vidyasagar and the Hindu Code Bills in 1952 and 1956 legislated under the leadership of Ambedkar and Nehru. The fact that nearly one hundred and sixty years later India needed another anti-Sati legislation (in the wake of the 1987 Roop Kanwar sati case followed by an aggressive RSS-BJP campaign to propagate sati) explains the historic significance of Rammohan’s campaign.

For Rammohan, the anti-Sati campaign was an integral part of a wider progressive agenda of rationalism and modernity which saw him as a religious and social reformer, educationist and journalist. He also demanded property inheritance rights for women – which gains greater significance in light of the fact that till 1870, women in England could not retain control of property inherited from a parent after their marriage. Eventually he moved away from Hinduism towards the idea of a universal religion and the foundation of Brahmo Sabha and Brahmo Samaj in a bid to rid Hinduism of the caste system and reform it on monotheistic lines.

While engaging with the British administration for social reforms, modern education and justice, Rammohan also had close ties with the descendants of the Mughal empire who were his contemporaries. The nineteenth Mughal emperor Akbar Shah II who occupied the Mughal throne from November 1806 to September 1837 had conferred on him the title Raja, which has since become the well-known honorific prefix of his name.

It was as an envoy of the Mughal emperor that Rammohan went to Britain in 1830 where he fell ill and passed away three years later. While the idea of India’s independence was yet to arise during his lifetime, Rammohan was deeply influenced by the emancipatory ideas of the French Revolution of 1789 and felt greatly elated by the attainment of independence by the countries of South America from Spanish colonialism in the first quarter of the nineteenth century.

Two decades after the passing of Rammohan, India was on the path to a definitive national awakening for freedom. After a series of Adivasi revolts from the late eighteenth century onwards, we had the first war of independence in May 1857 when Azimullah Khan penned that ever inspiring anthem ‘hum hain iske malik, hindostan hamara’ (this land Hindostan belongs to us) and large parts of North India rose in revolt. To the horror of the colonial rulers, Hindus and Muslims joined hands and scripted the unprecedented saga of shared valour in a united resistance. It was this shared legacy of Rani Lakshmibai and Begum Hazrat Mahal, Kunwar Singh and Maulavi Ahmadullah Shah Faizabadi, fighting under a common umbrella that laid the foundation of India’s subsequent protracted fight for independence.

Rammohan died in Britain as the envoy of the 19th Mughal emperor Akbar Shah II. The fighters of 1857 chose his son and the last Mughal emperor Bahadur Shah Zafar as the leader of the revolt. On November 8, 1862 Bahadur Shah Zafar breathed his last in exile in Rangoon. Contrary to the sinister Sangh-BJP attempt to define 21st century Indian nationalism in opposition to the Mughal dynasty, the freedom fighters of eighteenth and nineteenth century India had no problem in accepting the Mughal emperors as allies and even leaders in the shared quest for a free modern India.

Rammohan Roy may not have articulated an explicit vision of freeing India from the British colonialists, but he had begun to argue against the colonial drain of resources and surplus away from India. Like Rammohan, all the dreamers and makers of modern India who fought for social and religious reform and cultural and educational progress should be seen as heroes of India’s freedom movement.

From Rammohan and Vidyasagar in Bengal to Jyotiba and Savitribai Phule and Fatima Sheikh in Maharashtra, we have a very rich legacy of Indian awakening in the nineteenth century. Theirs was a vision of a diverse, plural and democratic India free from sectarianism, Brahminical patriarchy, superstition and tyranny, where reason and harmony would be the pillars of human development with dignity. Today that inspiring legacy and vision of India should help us rebuff those who would rake up the past to destroy the present and vitiate our future. (IPA Service)

** The writer is the general secretary of Communist Party of India (Marxist-Leninist) Liberation.