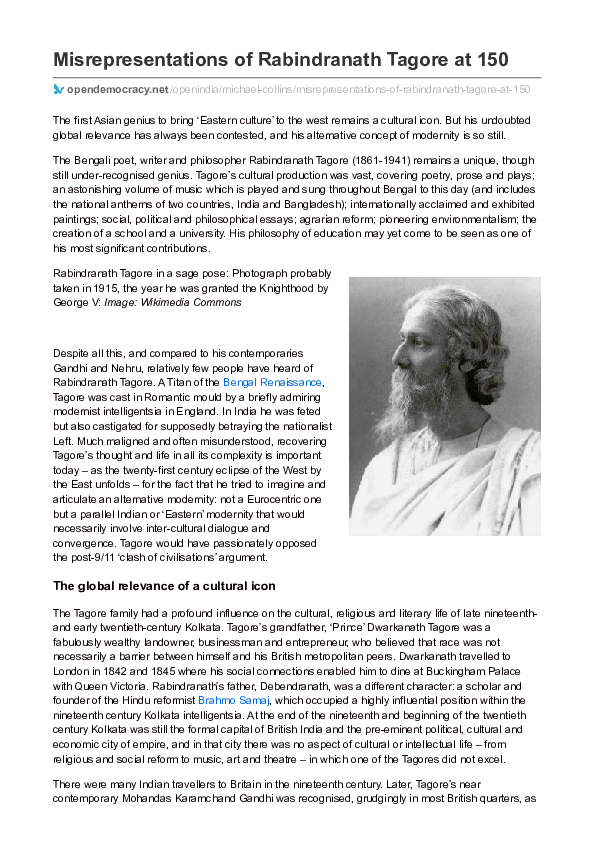 Born in Barisal, now in Bangladesh, Nityapriya Ghosh who passed away on September 7 in Kolkata, lived a highly productive 87 years and much of that in studying the life and works of Rabindranath Tagore. Expectedly so, since his teacher father Manindra Kumar Ghosh enjoyed the affection of the poet and his highly illustrious elder brother Sankha Ghosh did seminal work on Tagore. In fact, Nityapriya was conferred the prestigious Rabindra Puraskar by the West Bengal government in 2013 for a pictorial biography of the poet in English.

A brilliant student of English literature from Presidency College and Calcutta University, Nityapriya wrote extensively in both Bengali and English with equal felicity in a throwback to the tradition, unfortunately now virtually extinct, established by Tagore himself and further enriched by Buddhadev Bose, Sudhindranath Dutta and Humayun Kabir. Based on critical reading of Tagore works and papers and documents available at Visva-Bharati and other places,

Nityapriya published a number of much acclaimed books on Asia’s first Nobel laureate, to be found in three collected volumes. His compilation of Tagore’s writings in English published by Sahitya Academy has proved to be a boon for the ones who don’t read Bengali but nevertheless interested in the poet. While working on Tagore was an enduring passion with him, Nityapriya found time to cultivate other interests. An important book that he published was on partition of Bengal.

That he strongly believed in left philosophy found confirmation in his working closely with Samar Sen first in Now (where he worked as Assistant Editor after Utpal Dutt moved) and then in Frontier. No wonder he remained under police watch for a long time. He mostly wrote editorials for the two weeklies on national and West Bengal affairs and for the occasional long pieces he used a nom de plume to avoid harassment by the state machinery.

Nityapriya was an acknowledged aficionado of cinema and theatre and he published stimulating pieces on the two subjects in English and Bengali newspapers and magazines. His writings on films came for appreciation by Satyajit Ray, Ritwik Ghatak and Mrinal Sen, the last one was a personal friend of Nityapriya. Through the 1980s when television was in its early days in India, Nityapriya was commissioned by Amalendu Dasgupta to do a weekly review of the programme in The Statesman and the highly popular column continued for 12 long years.

When I was working for the Economic Times, I world turn to Nityapriya now and again to write on a variety of subjects. And he would unfailingly do justice to every single assignment. The ET desk was admiring of his beautifully handwritten flawless copies. The best work that he did for ET was a long feature on Calcutta (Kolkata was renamed since) published as a booklet but given with the main paper. The management wanted the feature to be first class, the reason could be the owners hailed from the city. Without a second thought, I reached out to Nityapriya to do the work and what he produced came for great appreciation.

Nityapriya loved doing reviews of books of the honest kind. His approach was ‘read the whole book, do some research if need be and then only write.’ He used to tell people who would care to listen that every time you listen to a Tagore song, open the Gitabitan (the fat book compiling all Tagore songs) read the text more than once to understand the meaning and message. You will then love the song more.

Nityapriya was never a full time journalist, for he had to work as a corporate communicator for a public sector bank to maintain himself and his family. What a waste of time for someone of Nityapriya’s talent. Former The Statesman editor S Nihal Singh who read Nityapriya’s reportage in Frontier on the extensive damages to properties wrought by devastating rains and floods in some North Bengal districts in the seventies and their destabilizing impact on society said “I wish we had a few writers like him working for newspapers.” What would make Nityapriya immensely sad when some popular Bengali authors would on the basis of salacious gossip in the past but without substance write on Tagore and in the process denigrate the poet. He wrote against that kind of practice only to turn one-time friends into antagonists. (IPA Service)

** The writer, a Kolkata based senior journalist, was Resident Editor of The Economic Times.

Congress Workers In Uttar Pradesh In A Demoralised State Before 2024 Poll
Posting....