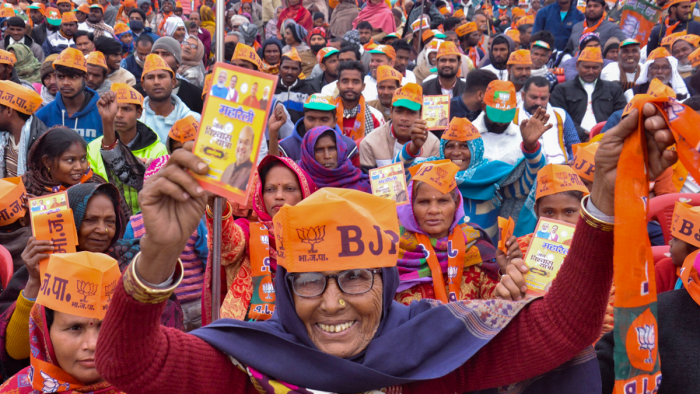 Revival of the Congress Parliamentary Board (CPB), granting only one ticket per family, a mandatory three-year cooling off period for office bearers of the AICC, PCC and DCC after completing their first full-term of 3-4 years and pruning the Jumbo Congress committee panels are likely to come up for deliberation at the Congress Chintan Shivir in Udaipur slated for May 13-15. Ideas like setting up a separate wing to manage elections are also on the agenda.

The Congress can revive the Parliamentary Board mechanism to make the decision-making process collective, give a call for alignment to political parties to challenge the BJP in the 2024 Lok Sabha elections, and take a strong stand against the politics of hatred at the party’s three-day Chintan Shivir in Udaipur.

Ahead of the brain-storming session beginning May 13, the Congress Working committee met on Monday and party president Sonia Gandhi delivered a strong message. She said there are “no magic wands” for the party’s revival and told the members that the party has been “good to each and every one of us” and “it is imperative that we step forward and repay our debt to the party in full measure” at this crucial juncture.”

In an apparent reference to voices of dissent within the party, Sonia told the leaders that “self-criticism is of course needed” but argued “this should not be done in a manner that erodes self-confidence and morale and an atmosphere of gloom and doom prevails”.

She said the Shivir should not become a mere “ritual”, arguing it “should herald a restructured organisation to meet the many ideological, electoral and managerial tasks we confront”. Sonia said issues like political, economic, social justice, farmers, youth and organisational will be deliberated and a decision taken.

Sources said one of the suggestions made by the panel headed by Mukul Wasnik on organisational matters is to revive the Parliamentary Board mechanism, a key demand of the G-23 leadership. The mechanism of Parliamentary Board is enshrined in the Congress constitution but has been defunct since the Narasimha Rao days. Another proposal is for enforcing the ‘one family, one ticket’ rule for elections. Of course, the Gandhis will be exempted.

It was decided that the party should take a strong stand to counter the politics of hatred and give a call to other parties to come together to take on the BJP. One major concern, outlined by one of the draft resolutions, is the deepening of the “majoritarian sentiment” overshadowing bread and butter issues like price rise and unemployment. Sources said there will be detailed discussion at the Shivir to address this challenge.

Two of the panels have given suggestions regarding reservation in the organization. The panel on social justice is learnt to have suggested that there should be 50% reservation for SC, ST, OBC and minorities in the organisation, up from the present 20%, while the panel on youth and empowerment proposed capping 50% of the seats for leaders below 50 years of age. It has also demanded significant representation in the party to leaders aged below 45.

Significantly, out of the 422 delegates who will participate in the session, 50% are below 50 years of age, around 35% are below 40, and 21% are women representing different sections of society. In a departure from the past, the entire central leadership of the Youth Congress and the NSUI has been invited to the session.

Sonia was forthright at the CWC meeting in signalling that notes of discord should not emerge from the session. She sought the cooperation of the leaders to ensure that the “single overriding message that goes forth loud and clear from Udaipur is one of unity, cohesion, determination and commitment to our party’s accelerated revival”.

Addressing a press conference after the CWC meet, Congress leaders Jairam Ramesh and Randeep Surjewala said the aim of the Shivir is to prepare a new action to get the party battle-ready for the 2024 Lok Sabha and upcoming Assembly elections. “It is not a destination, it is the beginning of a long journey. It is a milestone…a transformation of unprecedented magnitude,” Ramesh said.

Surjewala said the aim of the ‘Nav Sankalp Shivir’ is to “rise to the expectations of people after bringing about organisational changes, and come out with a new pledge to save the country”. The CWC approved an amendment in the party constitution to include digital membership and decided that Ladakh will have a separate Congress territorial wing.

Sonia was forthright at the CWC meeting in signalling that notes of discord should not emerge from the session. She sought the cooperation of the leaders to ensure that the “single overriding message that goes forth loud and clear from Udaipur is one of unity, cohesion, determination and commitment to our party’s accelerated revival”.

During the brainstorming session, the party is expected to chalk out a strategy for course correction to reverse the trend of electoral defeats. The party is currently in power on its own only in the two states of Rajasthan and Chhattisgarh and is part of the ruling coalition in Maharashtra and Jharkhand.

The Congress leadership has desired that every party leader should openly discuss the shortcomings and suggest corrective measures to make it fighting fit electorally in the next poll season, the party sources said.

The Congress president’s aim is to bring about unity at all levels of the party, which she has stressed several times in her dialogue with leaders, in order to see a strong organisation to take on the might of the BJP, the sources said. The continuous tussle between the old guard and the younger generation has also taken a toll and the issue is likely to be discussed again, they said.

The party is also taking steps to address fresh challenges posed in view of the victory of the Aam Aadmi Party in Punjab, after which the Arvind Kejriwal’s party is seeking to spread its wings in other parts of the country and is seen as vying to dislodge the Congress as the principal rival to the BJP.

The Congress is already gearing up for assembly elections in Gujarat and Himachal Pradesh to be held later this year, besides other state polls and the Lok Sabha elections in 2024. While reposing full faith in her leadership, the CWC has urged Sonia Gandhi to effect immediate corrective changes to strengthen the party and meet the political challenges ahead of the next round of elections

With organisational elections underway and the new president has to be elected by August this year, there is already growing clamour within the party for Rahul Gandhi to take over the party leadership once again. Gandhi had quit as Congress chief taking full moral responsibility after the party’s defeat in the 2019 Lok Sabha polls, after which Sonia Gandhi has run the party as interim president. (IPA Service)