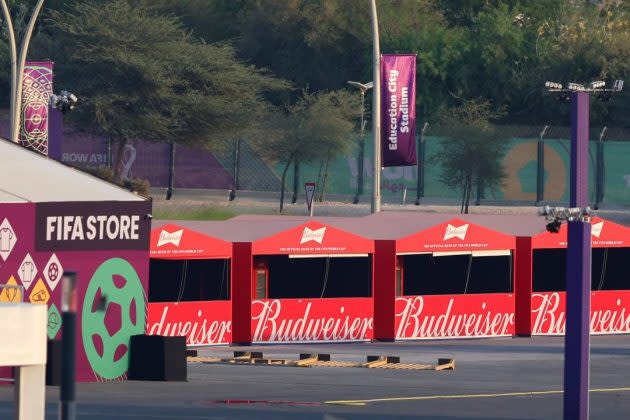 Recent Saudi efforts to appease the Biden administration in the wake of the kingdom’s backing of last month’s OPEC+ oil production cut take on added significance in the wake of this week’s US midterm elections that have strengthened Joe Biden and weakened former President Donald J. Trump.

Saudi insistence on a two million barrel a day cut in the wake of Biden’s failed effort to persuade Saudi Crown Prince Mohammed bin Salman to delay the cut, if not increase production, in advance of the elections, was widely seen in Washington as an effort to bolster Trump’s Republican Party.

If that was the Saudi strategy, it backfired. Biden’s Democratic Party fared far better in the elections by holding onto control of the Senate and losing the House of Representatives to the Republicans by a much smaller margin than expected.

Saudi Arabia has consistently denied the allegation, insisting the cut was economically prudent and constituted neither an attempt to sway US voters nor support Russia despite its invasion of Ukraine. In the six weeks since the cut, Saudi Arabia has made several conciliatory gestures, including a vote in the United Nations General Assembly in favour of a resolution declaring Russia’s annexation of swaths of eastern Ukraine illegal, and significantly increased humanitarian aid for Ukraine.

The gestures failed to persuade Biden, buoyed by his Democratic Party’s dashing Republican hopes, to take time out from this week’s Group of 20 summit to meet with Bin Salman on the sidelines.

However, that didn’t stop the Biden administration from simultaneously seeking to bolster fledgling confidence in its commitment to the kingdom’s defence by flying two B-52 bombers over the Middle East in a show-of-force message to Iran. The demonstrative act was intended to deter Iran from acting on alleged plans to attack Saudi Arabia to distract attention from two months of anti-government protests that Iran claims were instigated by the kingdom, the United States, and Israel.

The overflight also followed reports that Saudi Arabia had broken off Iraqi-sponsored talks with Iran designed to prevent differences between the two regional rivals from spinning out of control. It remains unclear whether the US demonstration has deterred Iran. Moreover, it has not stopped tensions between Saudi Arabia, Iran, and Israel and Iran’s domestic strife from potentially spilling into the Qatar World Cup.

Israel this week advised the up to 20,000 Israelis expected to attend the World Cup in a country that generally refuses to grant them entry to exercise caution, in part because of Iranian participation in the tournament.

The expected presence has also sparked the ire of some Qataris because of Israel’s policy towards the Palestinians. Former Qatari race driver Hamad Al-Suwaidi sparked outrage on social media by declaring that Israeli fans would be welcome as “brothers” in Qatar, which is “also their country.” The outrage raised questions about what kind of reception Israelis can expect.

Al-Suwaidi made his remarks shortly after becoming a media sensation in Qatar because he had installed a gigantic stone replica of the World Cup soccer trophy outside his home in Doha.

In response, Ahmed Al Binali, a Qatari national, tweeted that “recently, there have been some lone voices calling for normalisation with the Zionist entity and welcoming settlers to visit Doha! Since when was Qatar their country? Since when were they our brothers and friends? We neither welcome nor will be friends with those who kill the people and children of Palestine.”

For his part, Carlos Queiroz, the Iranian football squad’s manager, insisted that players would be allowed to protest. Some Iranian footballers, including the squad’s star player Sardar Azmoun, have supported the anti-government protests in Iran. More than 300 protesters are believed to have been killed in tge past two months in brutal efforts by security forces to squash the unrest.

Breaking with FIFA’s fictional separation of politics and sports, Quieroz said that “players are free to protest as they would if they were from any other country as long as it conforms with the World Cup regulations and is in the spirit of the game.”

Meanwhile, in a bid to prevent tensions from spinning out of control and appease Iran, Qatar has refused to accredit the London-based, Saudi-backed satellite television broadcaster, Iran international, for the World Cup. Iran has accused the broadcaster of inciting the protests. The Islamic republic warned in September that Iran International would “pay the price” for carrying footage of the demonstrations.

Last week, Iran International asserted that British police had warned two of its British-Iranian journalists about a “credible” Iranian plot to kill them.

Ironically, the crackdowns in Iran and Saudi Arabia share similar goals. They aim to avoid risks inherent in what political scientist Barbara F. Walter describes as anocracy, a regime that is neither fully autocratic nor fully democratic.

The political scientist was discussing domestic tensions in the United States, but her insights are equally valid for Iran and Saudi Arabia. The recent harsh sentencing of Saudi and US nationals to decades in prison for their tweets was widely seen as a way for Bin Salman to poke a finger in Mr. Biden’s eye after he warned that the oil production cut would have consequences for the already strained US-Saudi relationship.

In recent months, Bin Salman’s escalating crackdown on dissent has sent two women to respectively 34 and 45 years in prison and a 72-year-old American who was returning to his native Saudi for a vacation to 16 years behind bars for tweeting critically about the regime.

Additionally, Saudi authorities recently detained a 34-year-old American woman, Carly Morris, after she posted on Twitter that she and her young daughter had been lured to the kingdom and trapped there since 2019.If Ms. Walter is correct, the repressive legal moves may have more to do with Bin Salman’s sense of regime survival than with a shadow boxing match with Biden. Even so, Biden may feel he is winning the match on points. A senior US official asserted that “our displeasure has already been clearly stated and has already had an impact. We’ve seen the Saudis react in ways that are constructive.”

As a result, the administration is slow-walking efforts to make Saudi Arabia pay the price for the oil production cut. This week, the administration has told a US court that Bin Salman should be granted sovereign immunity in a civil case involving the 2018 murder of journalist Jamal Khashoggi. The advice effectively ended a last-ditch attempt to hold the crown prince legally accountable for the killing in the kingdom’s consulate in Istanbul. (IPA Service)