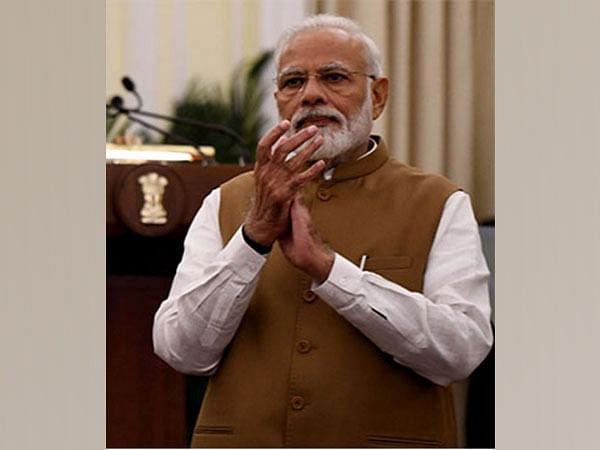 Prime Minister Narendra Modi and Commerce Minister Piyush Goyal are gung ho about India’s merchandise exports that is goods exports touching $400 billion mark for the first time this year. This certainly calls for rejoice as India’s goods exports growth has been tepid in the last few years, even in years before Covid pandemic. Over 25 per cent growth this year is something noteworthy. Coupled with this, India’s services exports too is looking up and it is expected to be around $250 billion in 2021-22. This really calls for celebrations as India’s total goods and services exports are likely to exceed $650 billion this year. With foreign exchange reserves surging towards $650 billion India’s balance of payments position is quite comfortable and has thrown enough indications that India is poised for an economic recovery that will take the country back to high growth trajectory.

But the question to be asked is whether the road ahead is smooth or bumpy. It is quite evident that there are hiccups that could derail this smooth run in 2022-23. The first and foremost is the ongoing Russian-Ukraine war. The severe economic sanctions imposed by the western powers on Russia could derail the globalization process that has already taken back seat with the slowdown process starting after the 2008 global currency meltdown. It got worsened in recent years particularly after the Sino-US economic stand-off.  Globalisation gathered momentum after the GATT ministerial at Marrakesh in 1994 that led to setting up of World Trade Organisation from January 1995. Though globalization was slow initially, it gathered momentum after China’s entry into WTO. The declaration at the Qatar WTO ministerial in 2001 that led to starting of Doha Development Round to make the entire World as one global village. Many emerging economies in East Asia and South East Asia took advantage of globalisation to pursue exports led growth that helped them to become middle-income economies if not advanced economies.

India, which too had a massive opportunity for economic development, somehow missed the opportunity to become middle-income economy in these two decades. Though growth has been impressive in India too since liberalization process in 1991, somehow the economy did not take full advantage of this opportunity like China to become a global manufacturing hub.  One reason could be democracy, which is a slow process of polity and economic development cannot be pushed through the throat of the people. But one had to acknowledge the fact that India has come a long way from where it was during the balance of payment crisis in 1991 to become among the fastest growing economies.

Though it was among the fastest growing economies, its growth was not sufficient to become a major economic powerhouse like China because its growth model concentrated more on domestic market than exports. It however does not mean exports did not grow but certainly not to its potential as in case of several other emerging economies. Domestic economy led growth had some advantage as India was able to withstand periodic global shocks and slowdown better than many other economies like Brazil, South Africa, some of the South East Asian and East Asian and Latin American emerging economies. The global shocks included currency crisis of late 1990s, financial crises of 2008 and more recently Covid crisis and Sino-US stand-off.

Global merchandise trade doubled from around $8 trillion in 2005 to $16.5 trillion in 2015. But for small hiccups in 2009 during global financial crisis and subsequently in 2011-12, the global trade has been surging.  Since then the surge in world trade has been gradual and it went up to nearly $19 trillion 2019 only to be hit by covid, which slowed down both global trade and GDP growth. There is a recovery now in 2021-22 in both world trade and growth with the pandemic gradually tapering off. It is also reflected in India’s good GDP growth and both merchandise and services exports growth. But going forward the picture is not all that rosy in the face of geo political situation arising out of the Russian-Ukraine war which has led to severe economic sanctions and ever increasing global commodity prices particularly that of energy prices. This does not augur well for global trade, which closely follow Sino-US economic stand-off and the Covid pandemic.

Globalization acted as engine of growth to several emerging economies since the beginning of this century. It is now being feared by several top economists that it may no longer be appropriate to pursue this model to push GDP growth. This is because multilateral trade itself has come under cloud with increasing regional trade groupings and free trade agreements.  Asian economies now account from nearly 40 per cent of the World trade.

But when India is attempting to push its growth through exports, globalization has come under cloud. In fact a speaker at an UNCTAD conference in Bangkok after the Doha development round in 2002 had warned that there is only one thing is sure in this world and that is death. Globalization too will die one day as it is not sustainable. True to his observation, globalization seems to have lost its steam with advanced economies increasingly dragging their feet in the last one decade. The Doha round of negotiations set up in 2001 was originally to be completed by 2005 but it is now 2022 and multilateral trade negotiations is in a limbo because of advanced economies putting stumbling blocks.

Doha development round, which is the ninth round of trade negotiations since GATT was set up in the late 1940s is perhaps the only round that has ended after 15 years of negotiations in 2016 without completion. This is because no consensus was arrived at between advanced economies and developing nations. In WTO multilateral trade negotiations all decisions are arrived at through consensus. Subsequently there have been some trade negotiations but no solution appears to be in sight mainly because of the developed economies particularly the US and EU stalling the negotiations. They have issues in opening up of their economies to agriculture trade, services trade and movement of personnel. There are also intellectual property rights issue which are acting as stumbling block.

The enthusiasm which was there earlier to push multilateral trade negotiations among developed economies in the early part of this century is no longer visible as opening up of trade has the potential to help emerging economies more than advanced countries. Also developed economies will have to give up more by way of tariffs and subsidies to provide a level playing field. This they are no longer willing unlike in the past when they were reluctantly agreeable to some opening up. Imposition of sanctions by advanced economies have become more rampant impacting global trade.

Economist Raghuram Rajan is right in saying compared to Russia’s indiscriminate bombing, economic weapons will not kill people as quickly, create as much visible destruction, or inspire as much fear. Nonetheless, the unprecedented economic weapons (sanctions) that have been deployed against Russia will be unquestionably painful.

This meant that globalization will take a back seat, harming emerging economies more. India is no exception. If India depended only on domestic market for GDP growth, India at best can grow up to 6 per cent annually. The additional 2-3 per cent GDP growth can come only through exports. In the past India’s GDP grew over 9 per cent annually on a sustained basis from 2004-09 when exports clocked over 20-25per cent annually. The Russian sanctions have come at a time when India is vigorously pursuing export led growth in the post-covid period through PLI schemes in various sectors. This has come at a time when India was trying to become a global manufacturing hub taking advantage of some of the multinational companies exiting China. Attracting those companies would also help job creation, a must to put the economy back on rails after the Covid situation. One has therefore to be cautiously optimistic about India’s exports growth in the coming year. Ending of the war and global trade returning back to normal is critical. (IPA Service)

BJP-Shiv Sena Battle In Maharashtra Is Getting Dirty Every Passing Day
Posting....