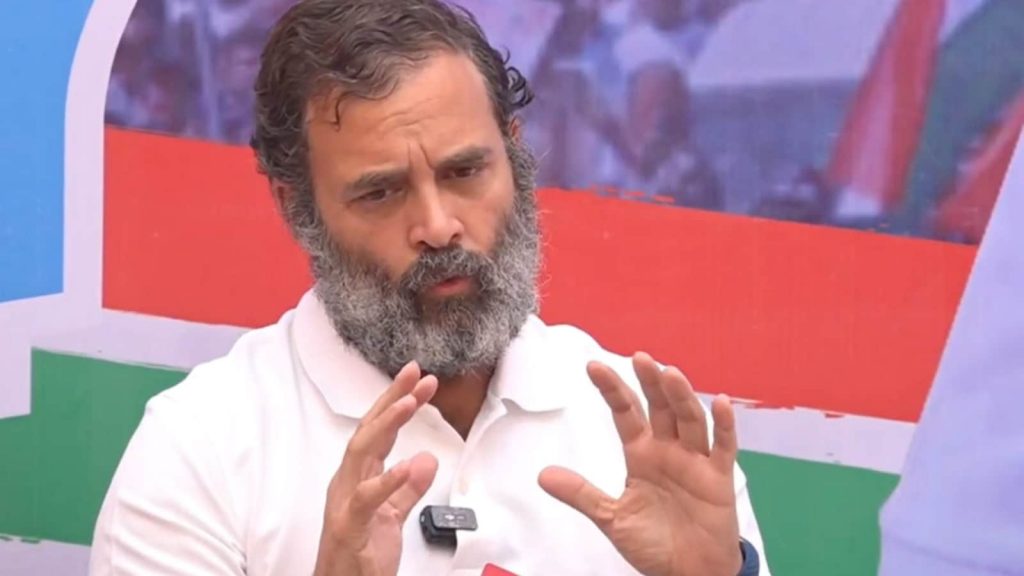 Congress leader Rahul Gandhi on Friday accused the Bharatiya Janata Party (BJP) of spreading fear, hatred and violence and said the country can not progress under these circumstances as he asked the government to be compassionate in handling farmers’ problems to prevent suicides.

The country will never benefit from hatred and those who experience violence in personal life are fearless and will never hurt others or spread ill-will in the society, said Rahul Gandhi, whose Bharat Jodo Yatra has completed 12 days in Maharashtra.

Addressing a rally organised as part of the yatra at Shegaon in Buldhana district after visiting Sant Gajanan Maharaj Temple, Rahul Gandhi, however, avoided any mention of freedom fighter V D Savarkar during his speech.

The Congress MP, during a press conference at Wadegaon in Akola district on Thursday, had alleged Savarkar had helped the British and written a mercy petition to them out of fear. Earlier, the Congress leader had said the Hindutva ideologue was a mascot of the BJP and the Rashtriya Swayamsevak Sangh (RSS).

Shiv Sena (Uddhav Balasaheb Thackeray), an ally of the Congress, had strongly disapproved of Rahul Gandhi’s comments on Savarkar, while rivals BJP and Maharashtra Chief Minister Eknath Shinde had warned against insulting the freedom fighter. Remarks on Savarkar had also triggered statewide protests.

Describing Maharashtra as the land that has produced national icons, the former Congress president said Chhatrapati Shivaji Maharaj, Dr B R Ambedkar, Mahatma Phule, Savitribai Phule and Shahu Maharaj, all of whom with deep roots in the state, taught unity and brotherhood, and the Bharat Jodo Yatra is taking forward their ideals.

Rahul Gandhi accused the BJP of spreading fear, hatred and violence and cautioned the country will never progress in an environment filled with animosity.

“Farmers are in fear because of lack of minimum support price for agriculture produce and crop insurance payment, while youths fear lack of employment opportunities. The BJP is turning this fear into hatred and violence,” he alleged.

He said farmers in Maharashtra are committing suicide due to low price of their produce and unavailability of adequate insurance protection when their crops suffer damage in unseasonal rains or floods.

Tushar Gandhi, great grandson of Mahatma Gandhi who shared the dais with the Congress leader, said those who criticise the yatra and question its aim of uniting the country, are actually waiting for its division.

Earlier in the day, senior Congress leader Jairam Ramesh defended Rahul Gandhi on the Savarkar issue and maintained he did not target the Hindutva ideologue, but only highlighted a “historical fact’.

Ramesh said although the Uddhav Thackeray-led Shiv Sena faction does not support Rahul Gandhi’s views on Savarkar, it will not impact the opposition Maha Vikas Aghadi (MVA) alliance.