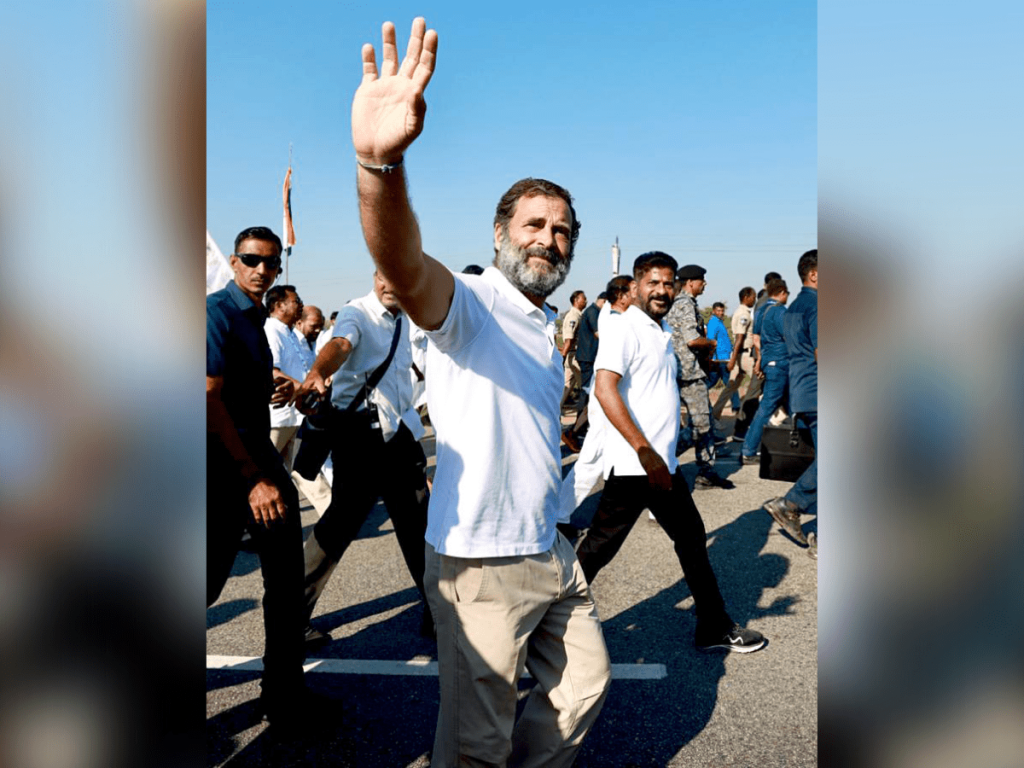 If nobody has noticed, Wayanad Congress Member of Parliament Rahul Gandhi speaks in riddles and then walks away from them as if it was malarkey, meaningless talk, which made no difference to the task at hand, i.e., Opposition unity, and divesting the BJP of power, both from the Centre, and from the states, wherever the BJP was running government. Is that how it is, does opposition unity matter to Rahul Gandhi?

Not yet into Hyderabad with his Bharat Jodo Yatra, Rahul Gandhi went hammer and tong against Telangana Chief Minister K. Chandrashekar Rao’s Bharatiya Rashtra Samithi, which used to be Telangana Rashtriya Samithi before it went national with KCR’s ambition for ballast

“No question of tie-up with the TRS,” Rahul told media, impressing upon them that KCR can run a “national” or an “international” party, it made no difference to the Congress.

“We have no problem wherever the BRS wants to contest, national or even global. We have no problem if the BRS is talking to Nitish Kumar. We cannot stand the corruption, the approach and the attitude of the BRS,” the Congress leader said, encroaching on newly-elected Congress President Mallikarjun Kharge’s turf.

With the third person “we”, Gandhi coolly set the agenda for the Congress, which was supposedly free of the Gandhi family’s overbearing influence. Rahul Gandhi left nobody in doubt as to who was in-charge, including the 80-year-old with the affable looks of a retired Santa Klaus.

KCR and the rest of the opposition parties can rest assured nothing more needs to be said/clarified as far as BRS-Congress ties are concerned, even if, later in the day, Rahul Gandhi stressed on Opposition unity to take on the Bharatiya Janata Party.

While on KCR, Rahul also dismissed Arvind Kejriwal’s AAP, saying AAP was “all air”, without underlying the irony that AAP was, indeed, nose-deep in air, with AQI in Delhi, and ‘parali-burning’ in Punjab.

For Rahul Gandhi, acutely aware that the Congress is the main opposition in Telangana, neither K Chandrashekar Rao nor Arvind Kejriwal amounted to much. Not when the confidence coming from the Bharat Jodo Yatra is so overwhelming. The Congress leader was aware that he could not spare the BRS/TRS while relentlessly fustigating the BJP.

For the 52-year-old, politics dictated that it was safer to talk of the welfare of all sections of the people while attacking the policies of the TRS in the state, and the BJP at the Centre. That said, politics also dictated that certain vulnerable sections were to be singled out, like the Scheduled Castes and Scheduled Tribes, for maximum effect.

Gandhi has if nothing politically matured since he set out on his Bharat Jodo Yatra. There’s a think-tank active behind the Yatra, culling issues peculiar to each state through which the Bharat Jodo Yatra passed. In Telangana, there’s “grabbing land from SCs and STs”, “minting money through irrigation projects’’, and “privatising and destroying the education system”. All issues that struck a chord with the people of Telangana, all issues that are guaranteed to keep the people agitated.

And clubbing both TRS and BJP as two sides of the same coin is a good tactic. Gandhi has accused TRS of supporting the BJP in Parliament for the passage of select Bills. Labelling both TRS and BJP “undemocratic” and more “business houses”, the de facto Congress President blasted both parties for “neglecting the people”.

The Congress strategy looks like to position Rahul Gandhi and the Congress independent and exclusive of other opposition political parties while keeping the focus on ‘Public Enemy No.1’, the Bharatiya Janata Party, accusing both the BJP, and the TRS/BRS of splurging ill-gotten money on elections. “Where is the money coming from? Obviously, from corruption,” Rahul Gandhi asked, and answered.

Therefore, the Congress prospects in the Gujarat assembly elections, the dates for which have finally been announced, are rosy. If Rahul Gandhi is taken on his word, the Congress will win Gujarat, the BJP will suffer a massive defeat and the AAP will depart with a “buzz” in the air.

That being said, it’s neither Gujarat nor Himachal Pradesh, the focus is on 2024Lok Sabha poll.. Social media handles friendly to the Congress, buoyed by the highs of Bharat Jodo Yatra, are asking “Kya Rahul Congress Ka 2024 ‘PM face’ hai?” There’s a growing confidence in the Congress that by the time ‘BJY’ culminates in Kashmir, the buzz will favour the Congress, and Rahul Gandhi will be set to become Prime Minister of India, “just you wait and see!” With no any question of tie-ups with the likes of TRS/BRS and AAP, the message is loud and clear, positioning Rahul Gandhi at pole position for the Prime Minister’s post is the goal of the Bharat Jodo Yatra. (IPA Service)