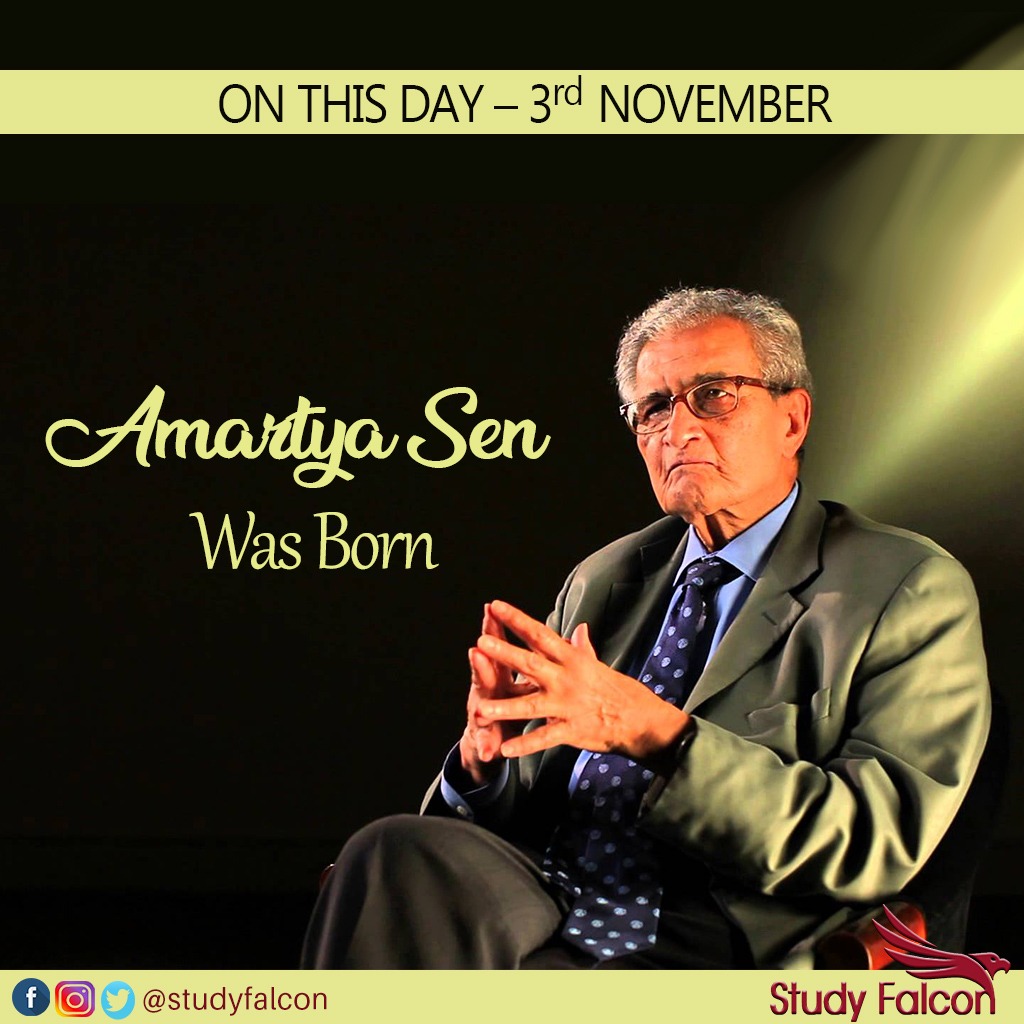 India’s first Nobel Prize winner in Economics Prof: Amartya Sen has stepped into 89 on November 3 this year. It has been a long innings for him as a proactive global intellectual who has made deep impact on the thoughts of the thinking world wide apart from India covering the areas of economics, polity, philosophy and also history.

His memoir ‘Home in the World’ published last year gives a graphic account of his growing up and entering into the academic world in the first thirty years of his life beginning 1933 and it also shows that his world view took shape in his beginning years in Shantiniketan followed by years in Presidency College and Cambridge University. This view was only strengthened in the next six decades and till today, Sen is in the frontline in defending the human rights globally and opposing the attacks against the democracy and inclusivity in any part of the world including India.

Amartya was born in Shantiniketan, was nurtured in the ambience of Rabindranath Tagore’s ideals and got lessons on India’s history and culture from his maternal grandfather Acharya Kshiti Mohan Sen who was a great scholar in Sanskrit, Pali and classics. His initial view about the India he wanted, took shape in the course of his long conversations with Kshiti Mohan. Amartya was an inquisitive to the hilt and his future role as an argumentative Indian, was laid during these early school days in Shantiniketan.

Amartya was highly impressed by the   sufi outlook of his grandfather who travelled extensively during his younger days in northern and western parts of India to collect and compile poems and songs of Kabir, Dadu and other sants. Kshiti Mohan studied and analysed the rural oral texts with a scientific thoroughness that classical scholars applied to ancient texts. The influence of sant Kabir was so much on Amartya that he named his son from his second wife Eva Colorni as ‘Kabir’. Eva was a Jewish and both Eva and Amartya thought giving their son a sort of Muslim name would be a sound decision.

In the preface of his memoir, Amartya mentions candidly that in his youth itself,’ I decided that there were two quite different ways of thinking about the civilisations of the world. One approach takes a fragmentary perspective and sees a variety of features as manifestations of quite distinct civilisations. This approach, with the additional features of hostility between the fragments, has come into vogue recently threatening a lasting clash in civilisations’.

The other approach is inclusive, according to Amartya and that concentrates on different manifestations of ultimately one civilization- ‘perhaps we should call it world civilisation’ which generates different flowers through an interrelated life of roots and branches. Amartya admits that his sympathies are with an inclusive rather than a fragmentary understanding of what the word offers. This approach to   fight   for inclusivity in every sphere of society has been the core of his belief and actions for the last six decades.

Amartya is very clear and perceptive about his worldview and also about India. For the last fifty years, he is teaching in foreign universities in Britain and the United States. Since 2004, he is teaching in Harvard University. But he has always in touch with the developments in India. The Nobel Laureate has been most vocal against the anti-democratic measures of the Narendra Modi Government. He has been a consistent critic of the negligence of the ruling BJP government to the healthcare for the poor and education for the girls, especially in the primary school level. The Modi Government has humiliated him by removing from the chancellorship of Nalanda University. The pro-BJP leaders have spread canards against him. But Amartya is still speaking truth to power.

How political is Amartya? This issue has baffled left activists in Bengal for many years. Amartya himself has explained this in his memoir. In his Presidency College days, he was active in Students Federation between 1951 to 1953. The CPI had just come out of the ban after undergoing the adventurous period between 1948 to 1950 under the then CPI general secretary B T Ranadive. Despite the organizational problems of the CPI in 1951 after coming out of the ban, the influence of the party ideology among the best students in Bengal remained and Amartya studied in that left ambience for two years before leaving for Cambridge.

As a student of economics, Amartya had naturally started reading Marx along with other leading economists in his Presidency days. But it was Parthasarathi Gupta, his contemporary in history who influenced Amartya in those days in understanding Marx combining theory and practice. Partha was a voracious reader and being the son of the renowned ICS officer Saibal Gupta, he was comfortable with funds and purchased plenty of books on the communist literature. It was from Partha that Amartya came to know of the developments including the famous Bukharin trial which both of them discussed in terms of the relationship between socialism and democracy.

As Amartya writes in his memoirs ‘I had taken a great interest in Marx’s ideas from my teenage years. This was not only because some of my relatives saw themselves as Marxists ( and were mainly quoting him) but also in the corpus of Marx’s writings that seemed to me to be important and nicely discussable. Apart from the significance of the issues, he was presenting to the world, arguing about Marx was fun’.

In his Presidency College days, despite being a member of the CPI led Students Federation, Amartya believed ‘ despite the high moral and ethical standpoints of its social commiseration, political dedication and a deep commitment to equity, there was something disturbing about standard leftwing politics at that time, in particular its skepticism about democratic procedures that permitted liberty respecting pluralism’ Both Amartya and Parthasarathi discussed the issues of the Socialism and Democracy in details during along vacation in Darjeeling after their B.A. examinations in mid 1953. By that time, Stalin was dead and they discussed post-Stalin possibilities in the Soviet Union.

Amartya has some clear ideas about the role of democracy in the building of socialism He writes in his memoir that there is an important lacunae in Marx’s treatment of democracy. But simultaneously he says ‘ it is not of course fair to blame Marx for the authoritarian practices of the communist regimes that claim that his thinking was their inspiration, since he neither devised nor recommended them. The constructive role of the opposition politics seemed to have escaped Marx’s attention significantly’.

During his long stints in Cambridge and Harvard Universities, Amartya has interacted with the leading Marxists, many of them formal party members, but he, being an argumentative Indian, stuck to his own conviction. Maurice Dobb was his close mentor, so was Piero Sraffa. He spent long hours with them discussing the issues of socialism. He came to know a lot about the Italian Marxist Antonio Gramsci and the significance of his teachings from Sraffa His memoir ‘Home in the World’. encapsulates his voyage for discovery in the fields of economics, philosophy, history, inequality and the role of intellectual discourse in public life.

Amartya covered only his first thirty years in his memoir ‘Home in the World’ published in 2021 at the age of 87. Six more decades of his active life are yet to be informed to the readers. He is a fast writer with unusual clarity in thought and vision. Those who have read his ‘Home in the World’ are eagerly waiting for the next volume to get further glimpse of his masterly prose, erudition and high sense of humour.  His admirers are wishing him many more years of an active healthy life so that he can accomplish that task to the great enjoyment of lakhs of readers. (IPA Service)