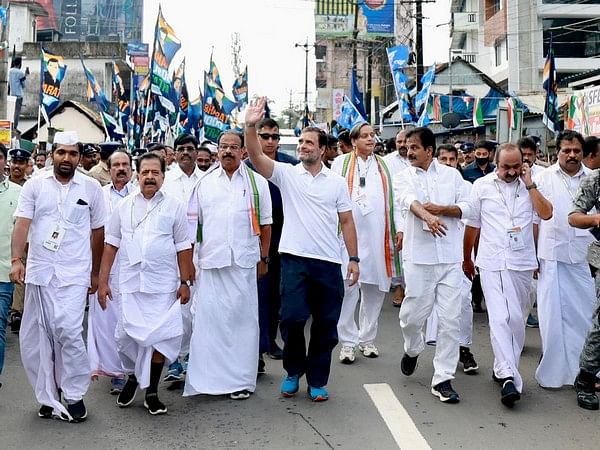 THIRUVANANTHAPURAM: Is Rahul Gandhi’s ‘Bharat Jodo’ yatra losing focus during its Kerala leg? The answer to that question, unfortunately, has to be in the affirmative.

The Congress had started the yatra with the express objective of countering the BJP-led Union Government’s ‘divisive and anti-federal agenda. A laudable aim indeed. But, unfortunately, the yatra, during its 19-day long Kerala leg, has been more critical of the CPI(M)- led Left Democratic Front (LDF) Government’s policies. This, the LDFF leaders feel, is totally unwarranted and defeated the very purpose of the yatra, which has, undoubtedly, energized lakhs of Congress activists not only in Kerala but also in other parts of the country. The raising of regional issues, instead of concentrating on larger issues like communal polarization, the politics of hatred and soaring unemployment, can only help the BJP-RSS combine. The aim, the LDF leaders feel, should be to isolate and defeat the forces of communalism and the majoritarian politics menacing the country’s cohesion and unity.

The LDF leaders are particularly peeved over the attack by a few Congress leaders, particularly senior party leader Jairam Ramesh’s outburst against Kerala Chief Minister Pinarayi Vijayan. This was nothing but an insult of the Kerala CM, they pointed out. Also, the Congress leaders should bear in mind that in the battle against the BJP at the national level, the party’s effort should be to ensure total opposition unity. The CPI(M) is an important ally in this battle and any attempt to keep it out can only be beneficial to the BJP. CPI(M) leaders are particularly unhappy over Rahul’s meeting in Thiruvananthapuram with the Latin Catholic Archdiocese to highlight the coastal community’s agitation against the Vizhinjam port at the national level. Similarly, Rahul’s interaction with anti-SilverLine protesters has also not gone down well with the LDF.

It is gratifying, however, to note the measured response of CPI(M) state secretary M V Govindan to the attacks of Congress leaders. He said the CPI(M), which is not against the yatra, would not go out of the way to criticize it. But it reserved its right to criticize it if and when the occasion demanded such a response. The CPI(M)’s only grouse, Govindan said, is that Rahul’s emphasis on local issues had relegated more serious national problems to the background.

Congress leaders, however, feel that the CPI(M) should also restrain its leaders from launching broadsides against the party and Rahul Gandhi. They cited, in defence of their argument, the CPI(M) tweet with Rahul’s caricature. Congress leaders said they thought that this is not being done without the knowledge of CPI(M) general secretary Sitaram Yechury. In fact, Rahul Gandhi shares a good rapport with Yechury, they opined. This being the ground reality, CPI(M) leaders should avoid personal attacks against Rahul. That was the burden of their song.

In fairness, it must be said that the CPI(M) has rightly justified its stand that the Congress should be more aggressive in its criticism of the Centre’s divisive policies. They are also aghast that the yatra is spending 19 days in a state where a Left Government is in power while it will spend only two days in Uttar Pradesh, the backbone of the BJP-RSS duo. There are reports that in response to the CPI(M)’s criticism, the Congress has decided to extend its Uttar Pradesh leg of the yatra by three more days. Even this is not enough. The yatra should spend at least 10 days in that State if it is really serious about making a strong and national anti-BJP impact. Such a stance would have deflected criticism that the Congress is not serious in its objective to counter the BJP. All is not lost. There is still time to apply the correctives. This is of paramount importance as the yatra has badly rattled the BJP. That is clear from the knee-jerk and nervous reaction of the BJP leaders, including Home Minister Amit Shah.

Last but not the least, the Congress should build on the momentum created by the yatra. The enthusiasm witnessed during Rahul’s yatra should be channelized into a people’s movement aimed at capturing power at the Centre. An essential pre-requisite in this Herculean task is a strong organisation which can measure up to the challenges posed by the mighty BJP juggernaut. It’s a golden opportunity for the Congress to revitalize the party and its organization. The party should bend all its energies to the task of getting the party into top shape and battle-ready to take on the BJP in the 2024 Lok Sabha elections. (IPA Service)

BJP Cadres Violence In Kolkata On September 13 Has Isolated The Party Further
Posting....