Rahul Gandhi Could Have Avoided Savarkar Issue During Yatra In Maharashtra 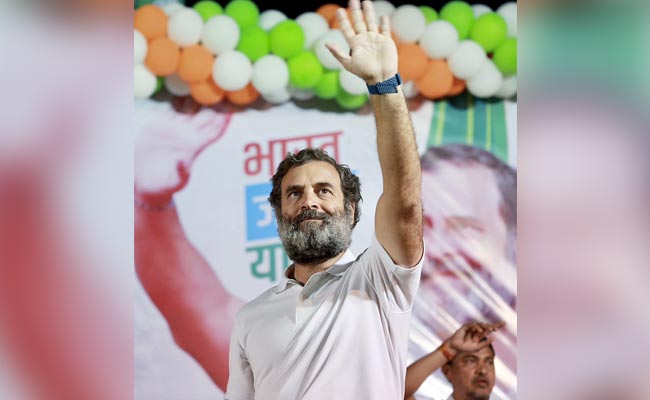 After weeks of weaving through narrow roads and broad avenues, through how many states one had stopped counting, Congress leader and party rejuvenator Rahul Gandhi and his Bharat Jodo Yatra are in volatile territory; the peace of the southern vistas replaced by the cacophony of opposing narratives, sometimes quiet, oftentimes bold, and burning bright.

The battle-ready version of Rahul Gandhi, hardened steel, is not holding back his contempt for his enemy. If anything, the attacks have only sharpened. And, for some reason, Rahul’s attacks never waver from target VD Savarkar. The Hindutva icon is Rahul Gandhi’s preferred punching bag.

If Savarkar were alive, he would have penned a book on the never-ending spectacle. And mentioned Rahul Gandhi’s favourite opening line “I’m not Savarkar’. It breaks the ice because most places Rahul Gandhi ends up, there’s never a shortage of Savarkar bashers.

The only criticism is, Savarkar is not there to give battle to Rahul. But when it comes to Savarkar, Rahul Gandhi never pulls punches, and also does not wait for somebody to point out “You don’t speak ill of the dead.” It’s like Savarkar lives on in the Hindutva that Veer Savarkar incubated in his head while in cellular Kalapaani.

November 17, the Wayanad MP resumed his attack on Savarkar, daring the Shinde-Fadnavis government to stop his Bharat Jodo Yatra. Halting in Akola, Rahul Gandhi told the media, “One is the vision of Savarkar, the other is the vision of Mahatma Gandhi – there is a fight between these two visions in the country. Congress is open to discussion. We have no dictators.”

Dictator or tyrant, one got the feeling Rahul was feeling neglected, and was spoiling for a fight, anything for the glare of the spotlight. And, just so that Savarkar did not slip away, Rahul read the closing words from a Savarkar letter seeking mercy.

“‘Savarkarji wrote in it: ‘I beg to remain, sir, your most obedient servant.’ When he signed this letter, what was the reason? It was fear. He was afraid of the British.” Savakar’s alleged “cowardice” in the face of being shut up in solitary solitude, in a cell where nobody dropped in for random chit-chat, has always left Rahul Gandhi wondering.

Ex-Maharashtra Chief Minister Uddhav Thackeray is not amused. Thackeray would rather that Rahul had kept his thoughts on Savarkar locked up. For Uddhav Thackeray, Savarkar is next only to Balasaheb Thackeray, but Rahul is not the one who’s bothered who he snubs. Both these dynasts have their hubris to flaunt, and which they do.

That being said, Rahul has yet to learn to differentiate between hubris and arrogance. Self-belief is one thing, excessive pride is another thing. Rahul’s fresh assault on Savarkar came the day after Maharashtra Deputy Chief Minister Devendra Fadnavis accused Rahul for “shamelessly lying” about Savarkar. Chief Minister Eknath Shinde also warned Rahul Gandhi asking him to stay within limits.

Both Fadnavis and Shinde said the people of Maharashtra will give Rahul Gandhi “a proper response”, and that the people will not tolerate insults meted out to Savarkar. But this is not the first time Rahul has ridiculed Savakar’s “Veer-prefix”, once saying that “he used to take pension from the British, work for them, and work against the Congress.”

It is somewhat surprising, and a wonder, that when most Congress leaders had forgotten there ever was somebody called Savarkar, or that this person defined ‘cowardice’, Rahul Gandhi knew about Savarkar and how Savarkar could be turned against the Sangh Parivar for political dividend.

Call Savarkar a coward and it paid in votes! For Rahul Gandhi, from Prime Minister Narendra Modi down, every BJP and rightwing leader with Hindutva bound to the neck, was a “coward” like Savarkar, and not to be given the right of way, or the time of the day. But then, Rahul Gandhi is on a Bharat Jodo Yatra and that means he’s not in election-mode; therefore, he must not be dividing Bharat. (IPA Service)

National Pension Scheme Will Be A Major Election Issue During 2024 Poll
Posting....