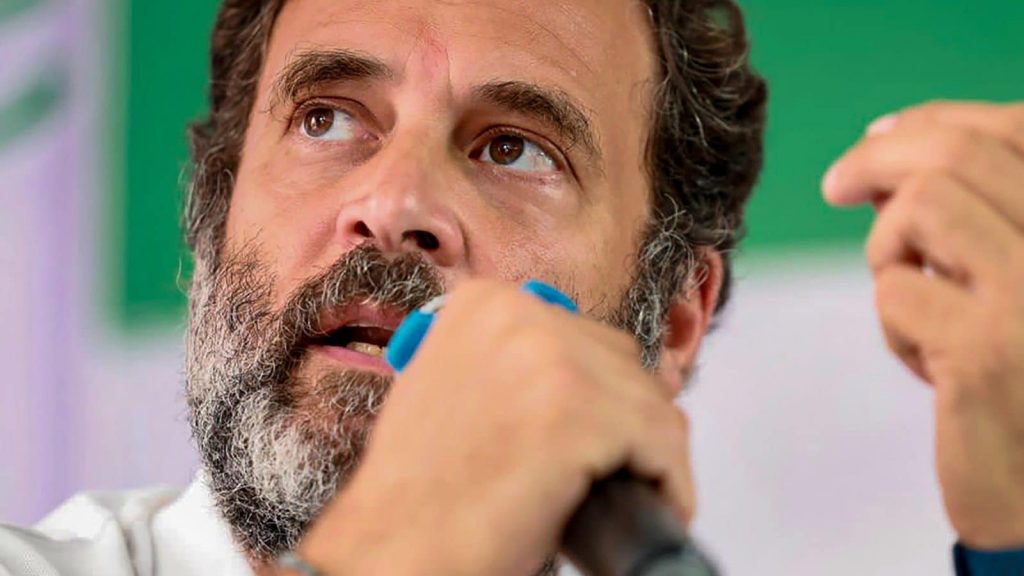 Bound on the Bharat Jodo Yatra, Congress leader Rahul Gandhi has come under spotlight for making a statement on Chhatrapati Shivaji Maharaj in which he calls the Maratha ruler “aapki history” while addressing a crowd during the Maharashtra leg of his unity march on Monday.

In a speech during his yatra, which entered Maharashtra from Telangana on Monday night, Gandhi said, ‘I am beginning this yatra in the state standing in front of the statue of Chhatrapati Shivaji Maharaj, yeh aapka itihas hai, aapki history hai.”

A purported video of Gandhi’s speech was shared on social media by BJP leaders who accused him of not considering Shivaji as his own history.

“Shame on Congress Maharashtra leaders standing behind him,” he added.

So it’s very clear that @RahulGandhi doesn’t consider Chhatrapati Shivaji Maharaj as his own history .. he clearly says “apki history”

So this half-Italian doesn’t consider it as his history !!!

This comes as Gandhi’s last leg of the Bharat Jodo Yatra entered Maharashtra. “The objective of the yatra is to connect India and to raise voice against division and hatred being sown in the country,” Gandhi said, addressing supporters at Deglur after the Yatra entered the state.