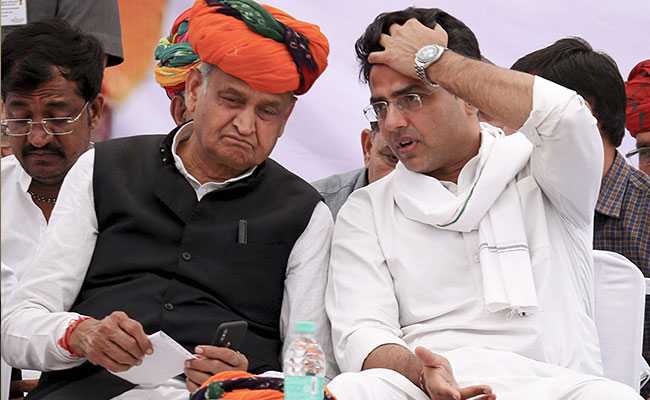 Rajasthan Chief Minister Ashok Gehlot has hit back after rival Sachin Pilot appeared to escalate their long-running feud, flagging the “climate of indecision” in the Congress’s state unit and PM Narendra Modi’s praise for his arch-nemesis.

Earlier in the day, in what appeared to be a new bid for his taking over as Chief Minister, Pilot said, “It’s time now to end the climate of indecision in Rajasthan.” Quoting Venugopal, he had said a decision on “the Rajasthan situation” will be taken soon.

In a swipe directly at Gehlot, he also said it’s “dilchasp“, or interesting, how PM Modi praised Gehlot as a “senior chief minister” at a government function in Rajasthan yesterday. “That (praise) should not be taken lightly. Everyone knows what happened after the PM praised Ghulam Nabi Azad,” he said. Azad left the party recently.

In July 2020, Pilot tried to force a promotion from Deputy Chief Minister by sequestering about 20 MLAs in a resort near Delhi. The message was that unless he were given Gehlot’s job, he would break the party. However, his exercise fizzled out because of the modest support he received.

Then, just weeks ago, Gehlot flexed his own political muscle to prove to the Congress that he must not be replaced as Chief Minister. That possibility came about because Sonia Gandhi urged the 71-year-old to replace her as Congress President. Gehlot suggested a dual role – Chief Minister plus Congress President – provoking a public reproach from Rahul Gandhi who cited the party’s ‘one person, one post’ rule.

In response, when the Congress organised a meeting of MLAs in Rajasthan to assess whether a new Chief Minister was needed, Gehlot’s supporters were a no-show, choosing instead to meet separately at a session where they insisted that Gehlot should have veto rights on his replacement, and that Pilot must be declared out of the running.

When the Congress won Rajasthan in 2018, Pilot was told by the Gandhis that he would time-share the Chief Minister’s job with Gehlot, as his senior, getting the first half of the five-year term. When Pilot’s revolt failed, he was penalised by being removed as Deputy Chief Minister and as the president of the party’s Rajasthan unit.