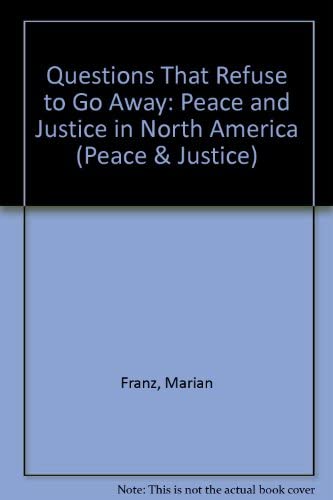 It is six years since Prime Minister Narendra Modi in the fateful night of 8 November, 2016 announced demonetisation, putting the nation to untold miseries and breaking the backbone of the country’s economy, but people are still groping in the dark as to why the draconian decision was taken and whether it achieved any of the objectives Modi said he was setting out to achieve. The prime minister has himself not uttered a word on it after his self-proclaimed deadline of 50 days passed off quite uneventfully.

In balance, the hold of black money has increased rather than decrease, currency in circulation has gone up by over 70 percent compared to pre-demonetisation levels while counterfeiting of notes has shown no let-up despite fancy claims about features in the new notes that made faking more difficult. The country’s GDP suffered serious jolts and even after six years it has not recovered fully. Millions lost their livelihood as small and medium businesses, which provide maximum employment to people, downed shutters due to disruption in economic activity. Thousands lost their lives, standing in queues in front of ATMs and bank branches, waiting for their turn to exchange their hard-earned money for the new notes. But the black money holders had converted most of their ill-gotten wealth to white money, routing it through the banking channels through a window provided for making deposits. Some even believe that the whole idea was to facilitate this process.

Numbers put out by the Reserve Bank of India showed that demonetisation achieved little by way of targets. The value of demonetised notes amounted to Rs 15.44 lakh crore, representing 86.4 percent of the total currency in circulation at the time, out of which all except Rs 16,000 crore came back to the banking system, which meant that only .0027 percent of black money was captured despite the heavy price that the nation and the people were called upon to pay. On the other hand, the government had targeted to weed out at least Rs 3-4 lakh crores worth of black money, implying that the exercise was a complete flop. The only positive element was the increased adoption of digital payments, which is more a trait of the times that we live in and would have happened even if there was no demonetisation.

Perhaps, everyone except the prime minister knew that the decision would only end up the way it has. Even the RBI was negative about the demonetisation route as a means to fight black money. Former RBI governor Raghuram Rajan had clearly expressed himself against such a move, insisting that the short-term costs would outweigh long-term benefits. RBI had even prepared a note on the cost-benefit analysis of demonetisation and the preparations that would be needed should the government go for such a major decision. But Modi never believed in consultations, probably because he wanted all the credit for his utopian idea for himself. With little homework done, he seemed to believe in his ‘shock and awe’ solution, which unfortunately had little bearing on the ground realities.

But, despite the best efforts of the government and the army of Modi fans, including his trusted lieutenants in the cabinet, the issue has refused to go away and questions are being asked to what was the need for the nation to be put through such hell, all because someone was unwilling to learn and understand. Modi bhakts are now coming up with the strange logic that whatever was to happen has already happened and now there is only academic interest left in the issue. But that is turning out to be too simplistic and explanation.

The Supreme Court has decided to examine a whole gamut of issues leading to the arbitrary decision and its disastrous. While taking up a clutch of petitions against Modi’s demonetisation, a constitutional bench of the apex court has called for all related files, including the communication between the government and the Reserve Bank of India on the issue as well as the proceedings of the RBI board meeting in the wake of the announcement, where members had expressed disbelief about the abruptness of the decision. The government tried its best to block reopening of the issue, but the court refused to oblige, saying the issue has to be settled one way or the other for the benefit of posterity. The court has also promised to examine how far the stated objectives of the decision have materialised.

Also facing challenge is the constitutionality of the demonetisation decision on the ground that issues of legal tender and issuance or withdrawal of notes are governed by the Reserve Bank of India Act, 1934.  Some of the petitioners have also raised is the question whether the decision affected the fundamental rights of citizens such as right to equality, right to life and right to livelihood, all of which were violated as a consequence of the ill-conceived and ill-fated decision, which has since been described as a ‘monumental blunder’ of Himalayan proportions and a Tuglaqian madness. (IPA Service)