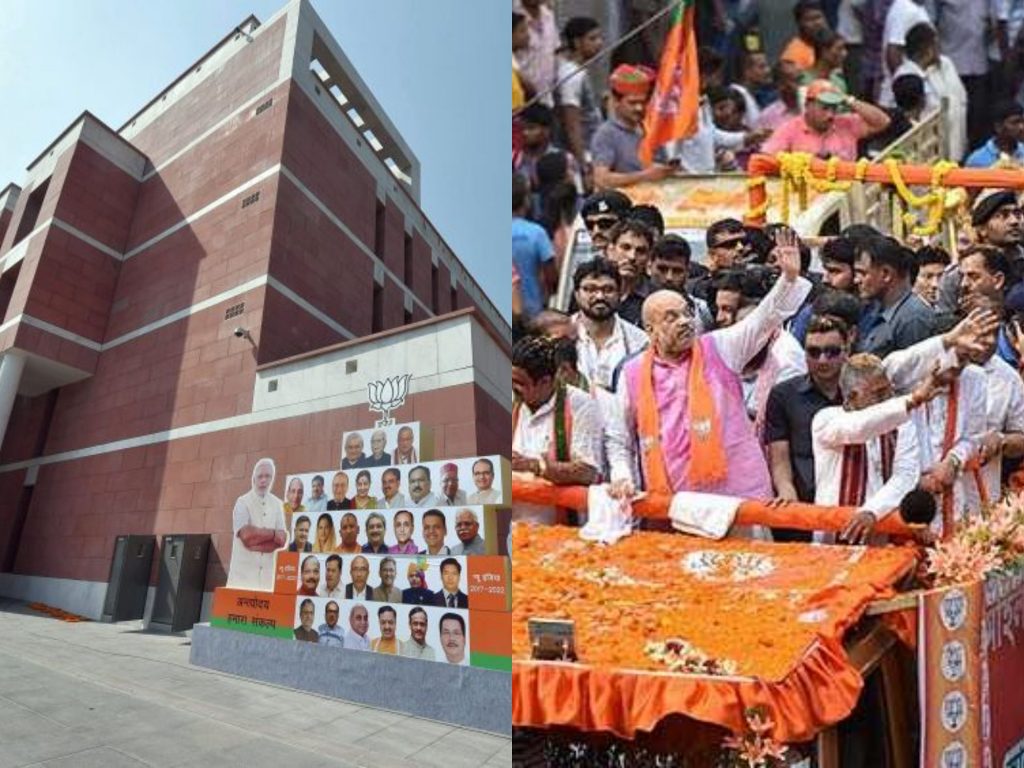 The Narendra Modi Government is stooping to its lowest level of propriety to channelize funds to the ruling BJP on the eve of the state assembly elections to Himachal and Gujarat. Himachal polls are due on November 12 and elections to Gujarat assembly are scheduled for December 1 and 5. The centre amended in a hurry on Monday the rules of the electoral bonds scheme to allow its sale for extra fifteen days during the year when elections are due in states and union territories.

The original electoral bonds scheme, 2017 is already pending in the Supreme Court and the next hearing is expected shortly. The provisions of this 2017Act have already been challenged by the legal experts and even the Election Commission has expressed doubts about some of the provisions. At this juncture, the centre’s move to further allow the raising of resources for elections through this scheme, is only meant to add more strength to the financial muscle power of the BJP.

Hours after the amendment, the Centre made use of this to open a fresh window for the sale of electoral bonds from November 9 to November 15.Electoral bonds are monetary instruments that ordinary citizens as also corporates can buy from the State Bank of India and give to a political party which is free to convert it into money. The centre had first introduced the electoral bonds in January 2018

The bonds are available for purchase for a period of 10 days in the months of January, April, July and October. An additional 30 days window is allowed in the years of general elections. And now through the latest amendment, the centre has allowed another tranche in November this year. The last sale took place in October this year. In the July 2022 sale, donations through electoral bonds totalled Rs. 10,246 crore. The October 2022 figure of donations is not available yet but the data for 2020-21 financial year indicate that the BJP got 75percentof the total funds mobilised during the fiscal.

In the last four years, the BJP has spent hundreds of crores of rupees in destabilising state governments in Karnataka, Madhya Pradesh and bought MLAs to form governments in Goa and Manipur. In Maharashtra, it was clear as daylight that huge funds – some sources put it at more than Rs 200 crore – were mobilised to ensure the defection of the Eknath Shine group from the Shiv Sena led by Uddhav Thackeray in July this year. Subsequently, the Shinde-BJP government was formed there. In all these moves to destabilize the opposition governments, the BJP made use of its huge available funds mobilised through corporate donations and other devious ways.

Similarly, five electoral trusts together disbursed 72 per cent of their total contributions of over Rs 481 crore to BJP in 2021-22 while the Congress shared a mere 3.8 per cent of the kitty.

The funding from the bonds or the poll trusts is all one way to BJP as the companies who donate do not want to antagonise the ruling party at the Centre and invite action through IT Dept, the CBI or the ED.

This fear among the Indian corporates is so overwhelming that even the young scions of the industrial families who are forward looking and do not like the BJP keep silent as they are not ready to risk the future of their companies just for the sake of some liberal personal thinking.

The net result is that there is no level playing field in the elections. The BJP is in a position to spend more than ten times money compared to the Opposition parties. It has a huge war chest to engineer defections when that is needed.

In the last eight years of Modi rule, there has been an unusual concentration of wealth in the Indian corporate sector. A recent study suggests that India’s twenty most profitable firms generated 14 per cent of the total corporate profits in 1990, 30 per cent in 2010 and 70 per cent in 2019.

This means that there was a steep jump in the concentration of wealth in a few corporate houses just during the first five years of Narendra Modi’s rule. This process must have got further accentuated in the last three years.

The Opposition parties have to focus on this quid pro quo between the Indian crony capitalists and the Modi regime and demand a probe into how the big corporates are funding the ruling party BJP as a part of this long-term arrangement. The latest amendment to the electoral bonds scheme is a part of that strategy of the BJP to cripple the opposition by denying them level playing field in the elections.

The electoral bonds scheme will again come up for hearing before the Supreme Court in December. The petitioners, as also the entire Opposition and democratic citizens, should demand that the Indian democracy should not be subverted by this collusion of Indian crony capitalists with the ruling party and the electoral bonds scheme must be withdrawn in its present form. The fresh amendment by the centre to the 2017 scheme has to be taken up as a challenge by the democratic opinion and the legal fraternity to the functioning of a vibrant democracy and has to be fought at all levels. New Chief Justice D Y Chandrachud is taking over on November 9. It is expected that he will give a serious consideration to the electoral bonds scheme’s non-transparent features and take a decision in the interests of the democracy. (IPA Service)

Kejriwal says BJP upset by people’s love for him
Posting....