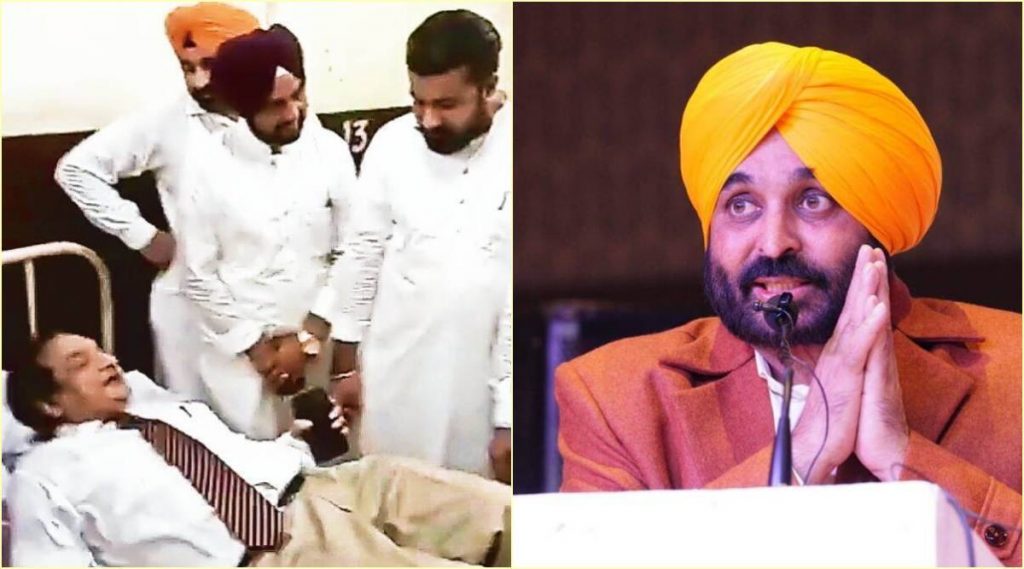 The incidence where Health Minister of Punjab rebuked the Vice Chancellor of Baba Farid University of Health Sciences and asked him to lie down on the bed with torn mattress has brought shame to the nation. Dr. Raj Bahadur Gaur, the Vice Chancellor is an upright person against whom not a single finger has been pointed for any misdeed. He has always been working in the interest of the students and has tried his best to streamline the examination system. A Surgeon Par excellence who despite busy schedule as administrator attended to the patients and has been performing spine surgery, which is his expertise.

That he did not react to the unruly behaviour of the minister is a reflection of that the doctors are trained to be soft to the patients and this becomes a general behavior of most of them. Dr. Raj Bahadur should not feel humiliated, rather he has shown that he is one among those who have been steeled by persons of eminence in the medical field in the prestigious institution, the PGI Chandigarh, to be empathetic and compassionate. The minster’s act is not only condemnable but demands open apology from him from not only Dr. Gaur but from society in general.

Improving infrastructure is direct responsibility of the minister. The vice chancellor is an administrator and executioner. He would work under the given circumstances with the funds provided. With a meagre budget of 3.03% allocated to health out of total budget against the required of 11%, for improving the public healthcare in the state, one can expect only torn mattresses and bed sheets. The out of pocket expenditure on health by the people of Punjab is one among the highest in the country. The minster should have targeted the Finance Minister or the Chief Minister instead of the vice chancellor.

This has shown how a section of our polity thinks of the medical personnel, howsoever upright they may be.

Such incidents have been happening earlier too. Ministers’ rebuking, even slapping the teachers, have been witnessed in the past. They also do not stop their personal staff from using unconstitutional powers. When persons at the high level in the state apparatus resort to such acts, how do we expect violence against the doctors by unscrupulous elements, many a times at the behest of political bosses to stop!

There is need for united effort by the medical personnel and the other saner sections of the society against such incidents. Unity shown by all sections among the doctors in condemning the Health Minister’s act must continue in future as well. The Chief Justice of India (CJI) had recently applauded the role of the doctors and had said “they (doctors) need a better and more secure working environment”. He said that “this is where professional medical associations assume great significance” and advised them “to be proactive in highlighting the demands”. The CJI further said that the doctors’ profession “perhaps is the only profession which follows Gandhiji’s principle – service to man is service to God”.

In addition to the law for violence against the doctors, some code of conduct must be made for the ministers too. It is equally important to sensitize the police to abide by the law and behave professionally, not act on the directions of the political bosses. The incident of suicide by DrArchna Sharma, a senior Gynaecologist of Dausa in Rajasthan shook the medical fraternity. A patient is reported to have died during a procedure after which the attendants reportedly under the patronage of a BJP leader created ruckus. The police instead of controlling the mob registered a case of murder against the doctor U/s 302 IPC. Perturbed over this, the doctor committed suicide.

When political persons thrust their whims it leads to erosion of democratic values for which India has always held itself in high esteem. In the recent years this has increased. Democratic institutions are under tremendous pressure from the higher ups in the government which affects their professionalism. Such situations can have backlash in later years. Therefore it is time to persistently strengthen professionalism and the constitutional bodies.

However it is also time for the medical professionals to stay connected with issues of public concern on the health issues. This will   integrate them with the society. Not many medical bodies reacted to deaths of children in Muzaffarpur and Gorakhpur few years back. The medical bodies failed in supporting Dr. Kafeel who had to languish in the lock up because he raised the faults in the healthcare infrastructure at Gorakhpur.  The incidents of Punjab can be a learning experience. (IPA Service)