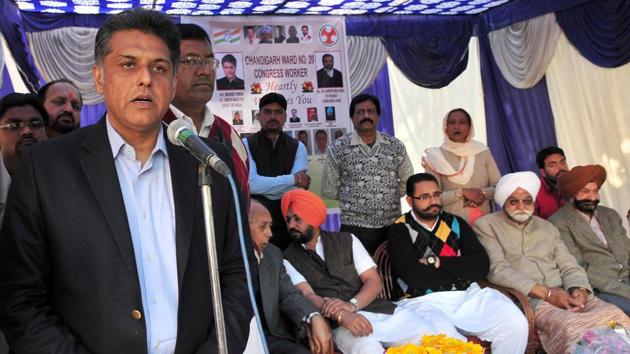 Like an incompetent carpenter who blames the tools for his bad work, Prime Minister Narendra Modi too has started playing the victim card having failed to keep his promises made to the people and provide a people oriented governance. Modi has come to realise that his popularity and charisma were on the wane and people were turning indifferent to what he says, he was in desperate need to start the operation salvage. Incidentally he used his Telangana visit to spruce up his image.

Modi addressing his party workers in Telangana accused the opposition for hurling gaali (abuses) on him in spite of his putting best efforts and working for longer period. He said he consumes up to “three kilograms” of verbal abuses every day, which converts into nutrition.  In his attempt to project him as the hard working leader, primarily aimed at restoring his declining image, he said; “I was in Delhi in the morning, then in Karnataka, then in Tamil Nadu, then at night I’ll be in Andhra, and now I am in Telangana. People ask me, ‘Don’t you get tired?’ I explain to them, ‘See brother, I eat 2 kilos, 2.5 kilos or 3 kilos of verbal abuses daily…the Almighty has created me in such a way that…god has blessed me in such a way that all the verbal abuses are processed within me and are converted to nutrition”.

The Congress was absolutely politically correct in seeking to know from him why he needed to play the victim and seek voter sympathy of the people when he was not indulging in any wrong doing. A person having high level of morality is never seen to be apologetic. Modi projecting himself as a victim does not conform to his style of operation. The people of the country are aware how he deals with his political opponents and even with the intellectuals and academics who dare to find fault with his style of working.

Arrest of 18 academics, intellectuals and journalist haunts the social activists and intelligentsia even today. Most of them are still languishing in the jail. The 84-year-old Jesuit priest and tribal rights activist, who had been arrested in the Bhima Koregaon case in October 2018, died on July 5, 2021 in the jail. From the Reliance Infrastructure workers’ arrest to the Naxalite angle, the Bhima Koregaon violence case is mired in multiple theories. The earlier story that was fed to the people swiftly changed within days. From probing their “reasons” to be at Bhima Koregaon, the ATS accused them of protecting and sheltering a person allegedly from the banned CPI (Maoist) organisation.

With BJP leader Devendra Fadnavis becoming the deputy chief minister of Maharashtra, the police shifted its focus from Bhima Koregaon case to Maoist link. Newer claims and newer arrests were made every week. The police introduced an “international angle” and claimed the arrested accused were in touch with Maoists from Nepal. Senior Maoist leader Milind Teltumbde, who was killed in an ambush late last year in Gadchiroli, was accused of being the mastermind in the case. The arrested persons were charged with conspiring against Prime Minister Narendra Modi.

This incidents make out clear that no one can muster strength to abuse or question Modi. Anybody daring to do so will do at the cost of endangering his liberty and freedom and should be ready to perish in jail. It is a fact that nothing can move in the country without his approval. People have seen how the opposition leaders were scared to raise their voices against him.

The Congress leader Kanhaiya Kumar is right in observing that it was a bogus discourse. “Modi is trying to play the victim card instead of honouring the mandate of the people. What difference does it make if the Opposition abuses him? The people have voted for him. Not once, but twice. He should explain to the people why he has not fulfilled the promises he made to them,” Kanhaiya said.

Kanhaiya said: “This country gave ‘goli’ to Gandhi. And photographs of those who gave ‘goli’ to Gandhi hang in their (RSS-BJP) offices. It is ironic that he spreads hate, promotes people who spread hate, follows people (on social media) who abuse everybody and then plays the victim card. The point is that Modi always creates issues to divert the nation’s attention from the real concerns.”

Modi’s statement on gaali is quite loaded; while it aims at seeking sympathy of the people by projecting himself as a poor guy, it also is a sort of threat to the opposition leaders to refrain from abusing him else get ready to face the consequences. His remark on gaali is quite aggressive. He said; “I have become used to abuses for the past 20 years and god had taught me to digest insults to generate fresh energy and work for the people. Do not get saddened by the abuses hurled at me by some people. I do not get tired despite working very hard because every day I consume 2-3 kg of gaalis (abuses). God had given him the ability to transform the abuse into nutrition and positive energy for himself.  I appeal to BJP activists  have a hearty laugh at the abuses, sip garam chai (strong tea) and work for a better tomorrow where the lotus (BJP symbol) will bloom in the state”.

Surprisingly so far he has been soft steering the Hindu-Muslim topic. Nevertheless it may acquire fresh impetus as the Gujarat election reaching nearer. Modi has been sensible to use of gali, but he has preferred to ignore and maintain assiduous silence on falling economy, unemployment, high prices, women’s security, MSP for farmers, rising hatred and communal tension. This time he is using gaali to arouse the passion of his Hindu Bhakts.

Modi’s colleagues and supporters describe him as a visionary. Obviously he ought to have seen the surge of the peoples’ sympathy and support to Bharat Jodo Yatra of Rahul Gandhi. Instead of trying to disparage it and prove it as an inconsequential event, Modi should have used it to judge the mood of the people and evolve some kind of mechanism to tackle the problems of high prices and absence of jobs which stare at the faces of the people. Instead of triggering the passions and kindling  the emotional issues, Modi should focus on issues that haunt the youths. He must not mislead the people by alleging that opposition was hurling gaali (abuse).  (IPA Service)